She takes her second NHRA Top Fuel victory at the Four-Wide Nationals in Charlotte. 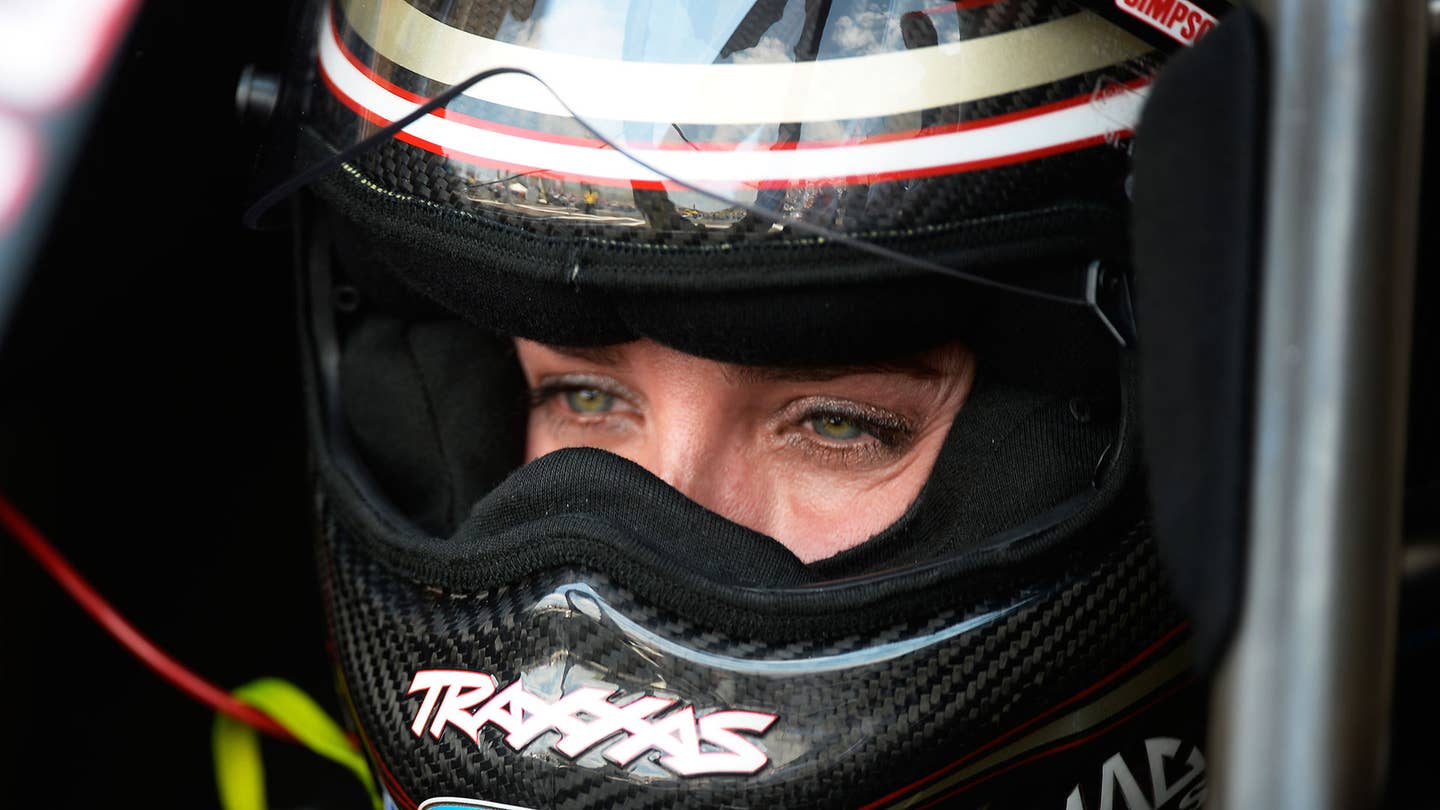 It took 75 NHRA national event races for Brittany Force to score her first win, which finally came a month ago at the NHRA Gatornationals in Gainesville, Florida.

It only took her two more races to get her second win. And due to the unique format of the NHRA Four-Wide Nationals, she had to beat three other drivers, at the same time, to earn it. The track at Charlotte is configured for four-at-a-time racing, so there were actually four cars in the finals, instead of two, as it is at every other track. It's a gimmick, but one the fans seem to enjoy. The drivers, privately, will tell you they aren't as amused.

Still, beating three drivers to the line is something to be proud of, and Force should be, as well as her "tuning consultant" Alan Johnson, whose presence has not only lit a fire under Force, but Steve Torrence, owner and driver of the Capco dragster, who is having his best season under Johnson's tutelage. Force also depends on crew chief Brian Husen, and newly-appointed assistant crew chief Jason McCulloch.

Force's .042 reaction time meant that she never trailed any of her three opponents. Antron Brown earned runner-up honors with a 3.779, 316.75. It became a two-horse race between Force and the 2014 and 2015 winner when Clay Millican went up in smoke early and Doug Kalitta followed suit shortly thereafter. Millican is still seeking his first NHRA win after 10 finals, including two in the four-wide format over the past two seasons. The victory solidifies Force's spot atop the Top Fuel points.