When being a stuntman doesn't rush adrenaline enough. 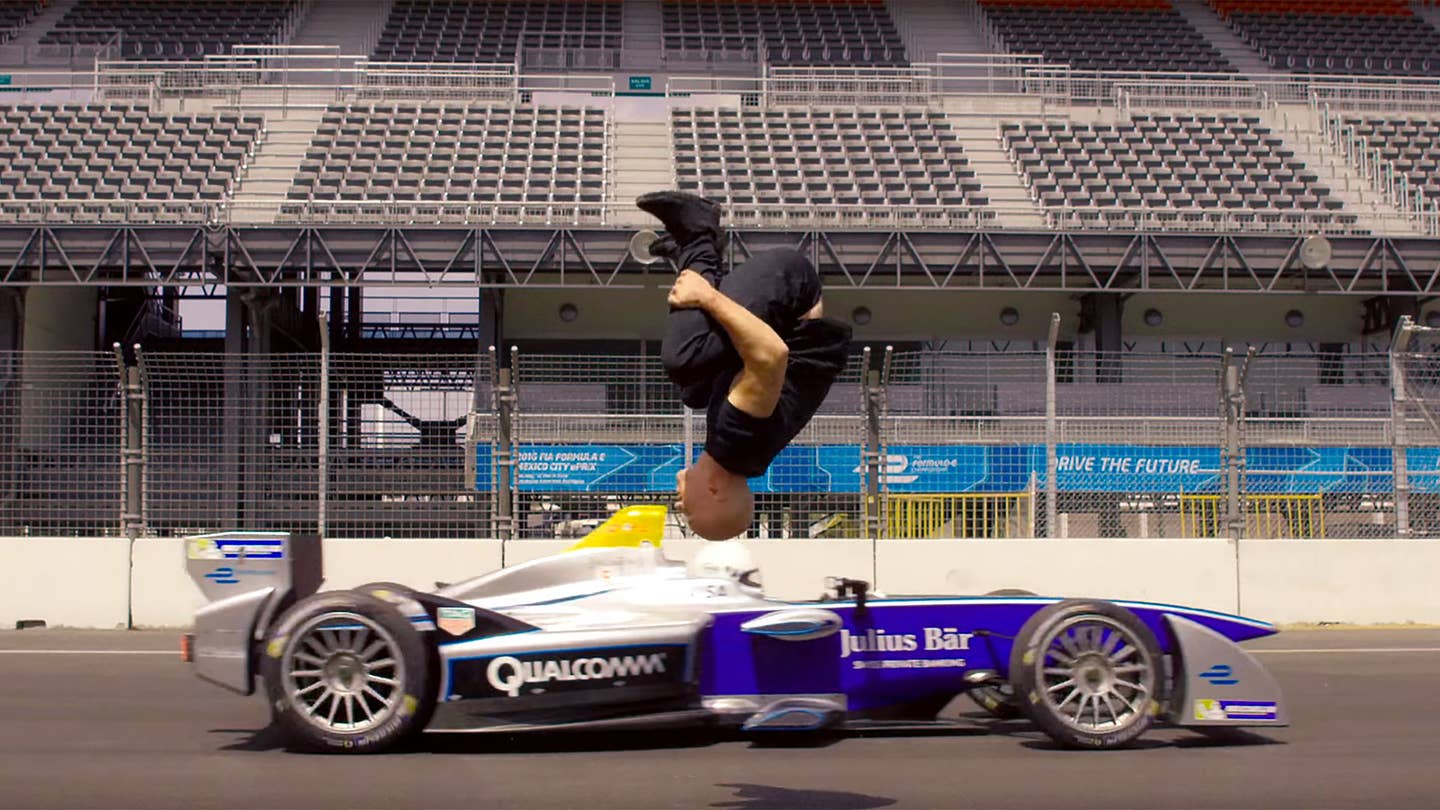 Doing a somersault over a car is all in a day's work for someone like Damien Walters. After all, this isn't just a man who's put his body through hell as a stuntman for films like Skyfall, Captain America, and Kingsman: The Secret Service; this is a man who does all that for work, and then goes home and does parkour for fun.

Somersaulting over a car backwards, though? Where you can't see it coming? That's a whole different kettle of crazy, death wish-having fish. But apparently that was Walters's dream, and the folks at Formula E were more than happy to help help him fulfill it.

Since he couldn't watch the race car bearing down on him, Walters had to depend solely on a timer hooked up to a laser tripwire a few hundred feet behind him. When stunt driver Alistair Whitton's Formula E car crossed the invisible line, it started the clock, leaving Walters watching the clock to determine when the car would arrive. Which largely depended on Whitton maintaining a consistent speed on every run. The slightest error in timing by either of them, and, pow—hello, Mexico City emergency room. Or worse.

To keep that from happening, Walters and Whitton practiced. A lot. The duo went through hours and hours of trial runs, many of which would have resulted in Walters being turned into a pulpy red mist if the car hadn't been intentionally trying to miss him.

Unlike Kobe Bryant's viral video shenanigans a few years ago, there's nothing fake about this clip. (At least, not as far as The Drive could tell, and we have a pretty reliable bullshit-ometer when it comes to special effects.) Which makes this doubly impressive. We'd have guessed it would be harder to leap over a car when you have a set of gigantic brass balls weighing you down.