You Won’t Believe How Fast this 2,000 HP Nissan GT-R Runs the Quarter-Mile

It’s probably faster than your first car went from 0–60 mph. 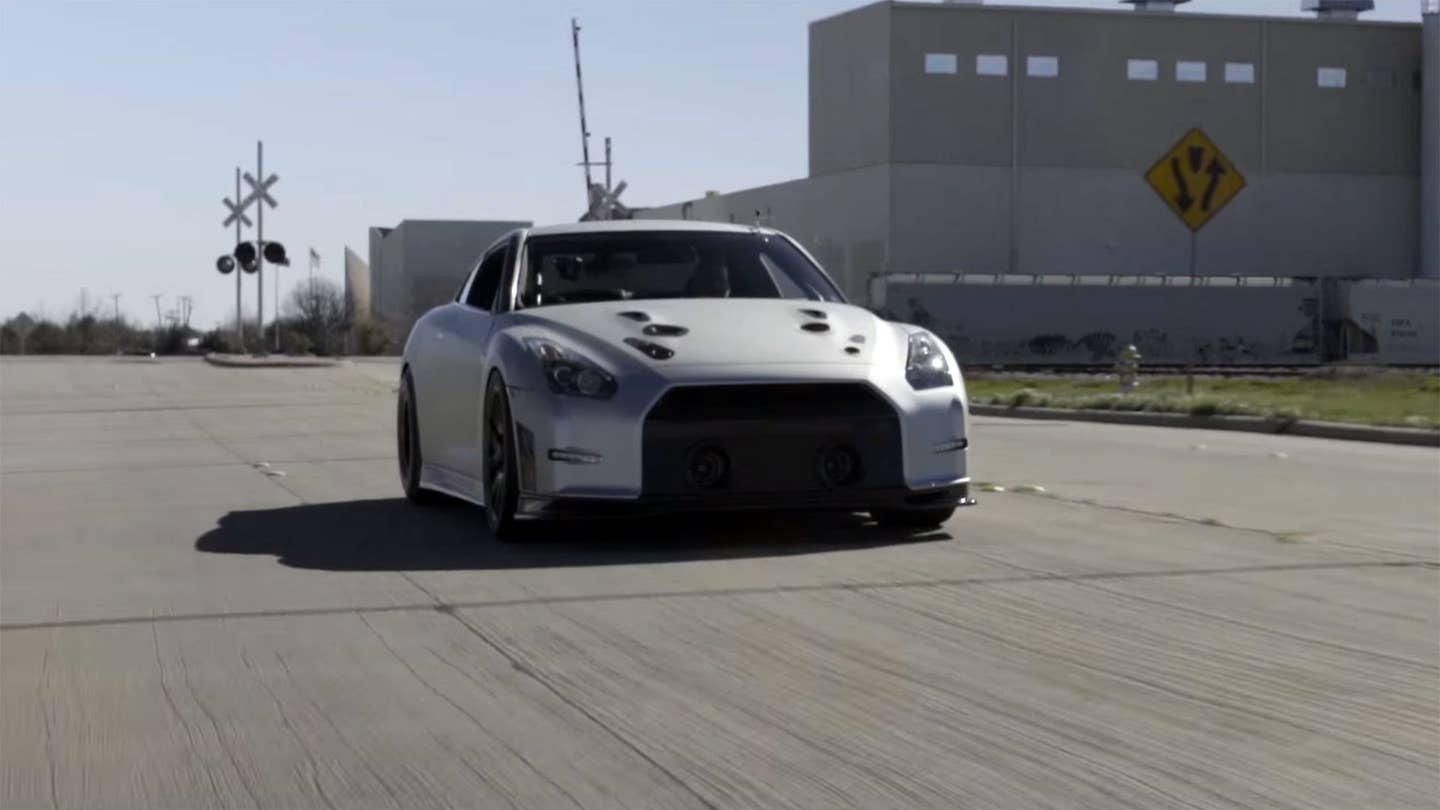 Honestly, we’re not just being clickbait-y with that headline. (Well, maybe a little.) Tuner Tony Palos’ personal T1 Race Development GT1R runs through the quarter-mile so fast, it beggars belief. We don’t want to spoil the surprise for you, but we will tell you a few facts about it to prepare you for the big number so we don't get sued for showing you a video that blows your freaking mind.

This particular GT1R maxes out at 2,276 horsepower. On the stock cast engine block, too.

It hits 235.6 miles per hour in the half-mile. Which starts to clue you in as to the sort of quarter-mile times it’s capable of setting.

It pulls two g’s on launch. Unless you work for NASA or the Air Force, the only time you’re likely to feel forward acceleration like that is on one of the world’s fastest roller coasters.

It set the quarter-mile record for a Nissan GT-R in the United States. And then, shortly thereafter, it set it again.

It’s everyday-drivable enough to go through a Dairy Queen drive-thru lane. Not really relevant, but still, good to know.

And, unlike most videos depicting hyper-horsepower hot rods firing down a drag strip like a round out of a rail gun, this particular GT-R’s tale has been told in the form of a well-made video. The movie was made by Japan's MOTORHEAD magazine, and should this little flick not slake your thirst for 2,000+ horsepower Godzilla action, the car featured here is also starring in issue #19 of that magazine. You may need to fly to Japan to pick up a copy, though. And you’ll probably have to know Japanese. You know what? Just check out the video.