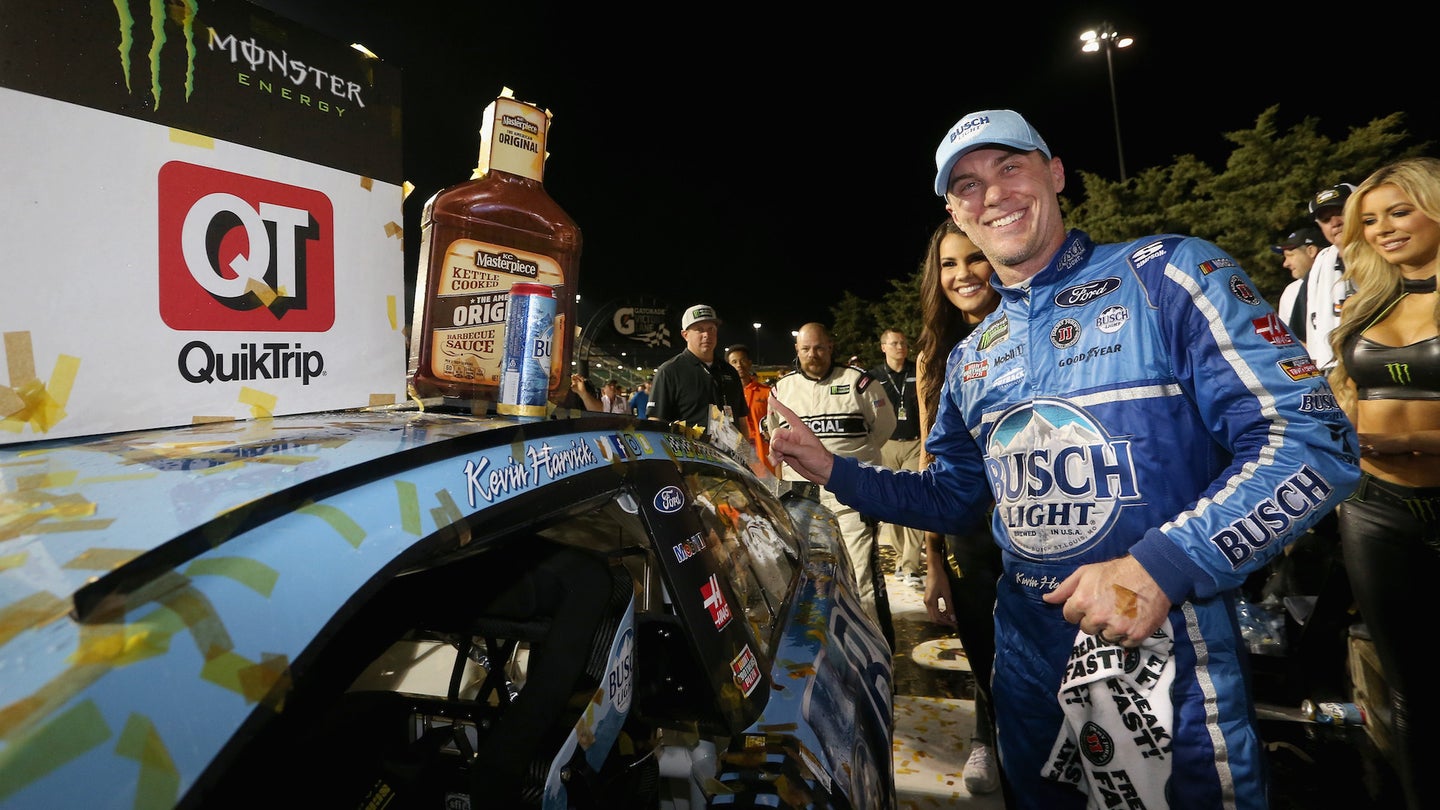 Monster Energy NASCAR Cup Series veteran Kevin Harvick was named the Richard Petty Driver of the Year for 2018 by the National Motorsports Press Association on Jan. 26. He received 44 percent of the votes cast by the NMPA membership during the group's annual convention in Charlotte, North Carolina.

Harvick won eight races in 2018, a tally matched only by Kyle Busch. Those victories include a string of three-straight in the first four races of the season. Harvick finished third in the November season-finale at Homestead Speedway behind fellow championship contenders Joey Logano and Martin Truex Jr.

“Obviously, with everything that's happened this year, you want to win the championship, because you think it would be icing on the cake with everything that you've accomplished.  But it's just not that easy,” Harvick said during a press event in November.

His 2018 stats also include 23 top-fives and 29 top-10 finishes with four poles in 36 points-paying races. Additionally, he won the 2018 All-Star Race at Charlotte Motor Speedway.

The Richard Petty Driver of the Year award has been presented yearly since 1969, and this marks Harvick's third of his career. He first won it following his 2001 rookie season in which he took over for the late Dale Earnhardt Sr. at Richard Childress Racing, then again for his championship-winning performance in 2014.

"I don't think it's [2018] been the best year performance-wise,” Harvick said during the same event in November. "I feel like 2014 [his first with Stewart-Haas Racing], we had the fastest cars that I've ever driven in my career, but we were so new to everything, so young, we made so many mistakes, had so many things break, we just didn't capitalize on it that year. We were in our first year. I think right now our cars are really fast and we've had a great year. Having that experience has helped us be more successful this year."

Jimmie Johnson has won the award a record seven times, and Earnhardt Sr. was a five-time winner. Harvick is one of five three-time winners including his car co-owner, Tony Stewart.