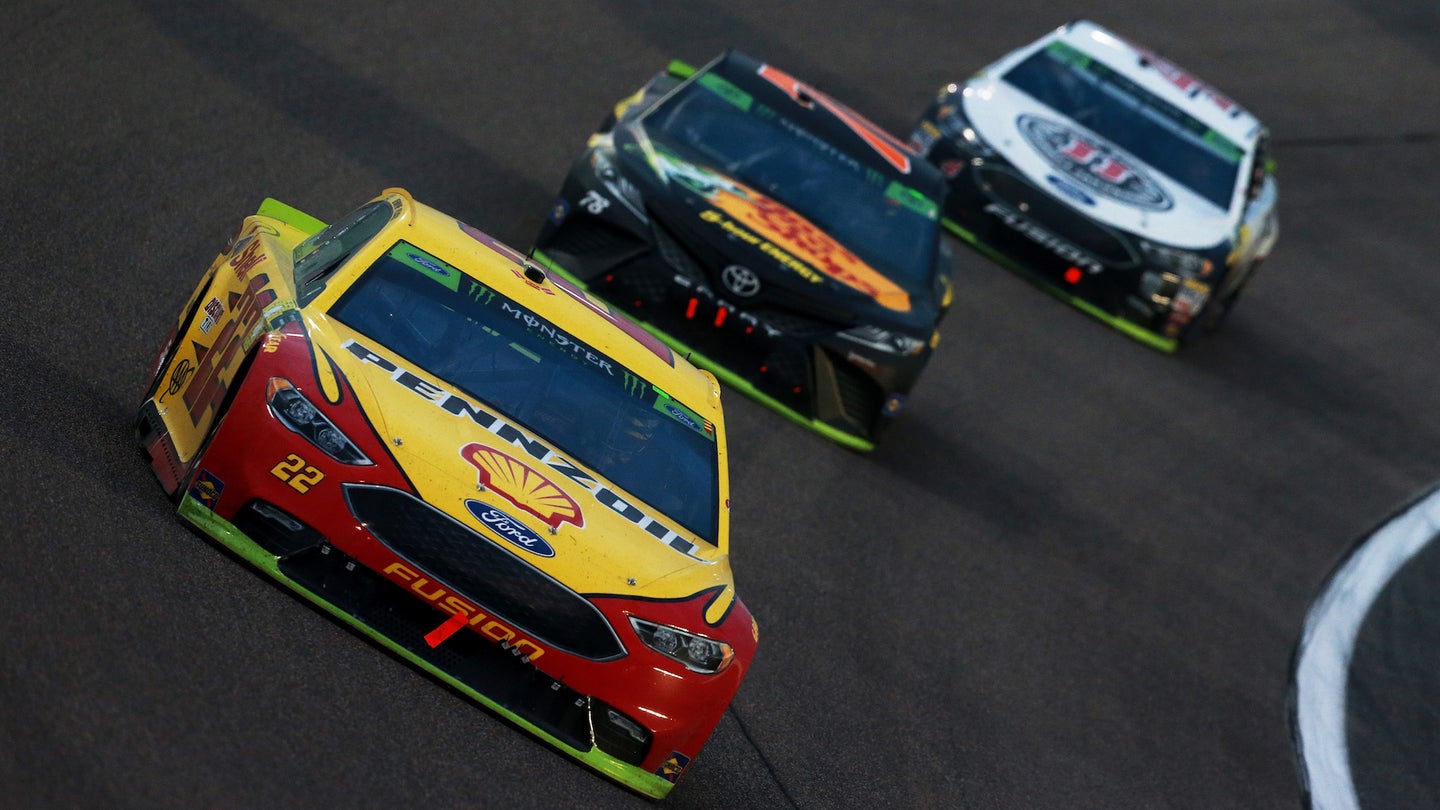 “A lot of hard work has gone into our NASCAR program these last four years and today is a fitting reward,” Ford Performance Motorsports Global Director Mark Rushbrook said during the victory celebration at Homestead.  “We have a loyal group of Ford employees and fans who cheer for us all year and I’m most happy for them because it’s obviously been a long time since we’ve been in this position.”

Ford’s 2018 wins came courtesy of the Stewart-Haas Racing four-car team and the Team Penske three-car organization. SHR’s Kevin Harvick led the way with eight wins, tying Toyota's Kyle Busch for most victories among all drivers in 2018. In all, SHR’s driver roster, also including Clint Bowyer, Kurt Busch, and Aric Almirola, contributed 12 wins to the Ford cause. Bowyer won twice in 2018 while Busch and Almirola contributed one win apiece.

Team Penske’s trio of Logano, Brad Keselowski, and Ryan Blaney combined for seven wins, with Keselowski and Logano each making three trips to victory lane and Blaney winning once.

All seven individuals made the 16-driver, 10-race Cup Series playoffs. Both Logano and Harvick were among the Championship Four vying for the 2018 drivers’ championship.

Although Keselowski won a NASCAR Cup-level title in 2012, Logano’s championship this year is the first for a Ford driver since Kurt Busch was the premier-series champion with Roush Fenway Racing in 2004. Keselowski’s championship came in Team Penske’s final year with Dodge. One must go even further back for Ford’s last manufacturers’ championship, to 2002. The last time Ford was the Manufacturers’ Champion simultaneous to one of its own being the Cup Series Drivers’ Champion was 1999 when Dale Jarrett hoisted the championship trophy as a driver for Robert Yates Racing.

“It means a lot to me personally to have both the drivers’ and manufacturers’ championship,” Edsel B. Ford II said after the Homestead race. "It has been since 1999, and I was there with Robert Yates and Dale Jarrett. Doing it again, 19 years later, it is absolutely indescribable to me.”

The 2018 manufacturers’ championship ushers the Ford Fusion out of the Cup Series, as Ford will move to the Mustang for 2019 competition. The manufacturer already utilizes Mustangs for competition in the NASCAR Xfinity Series.