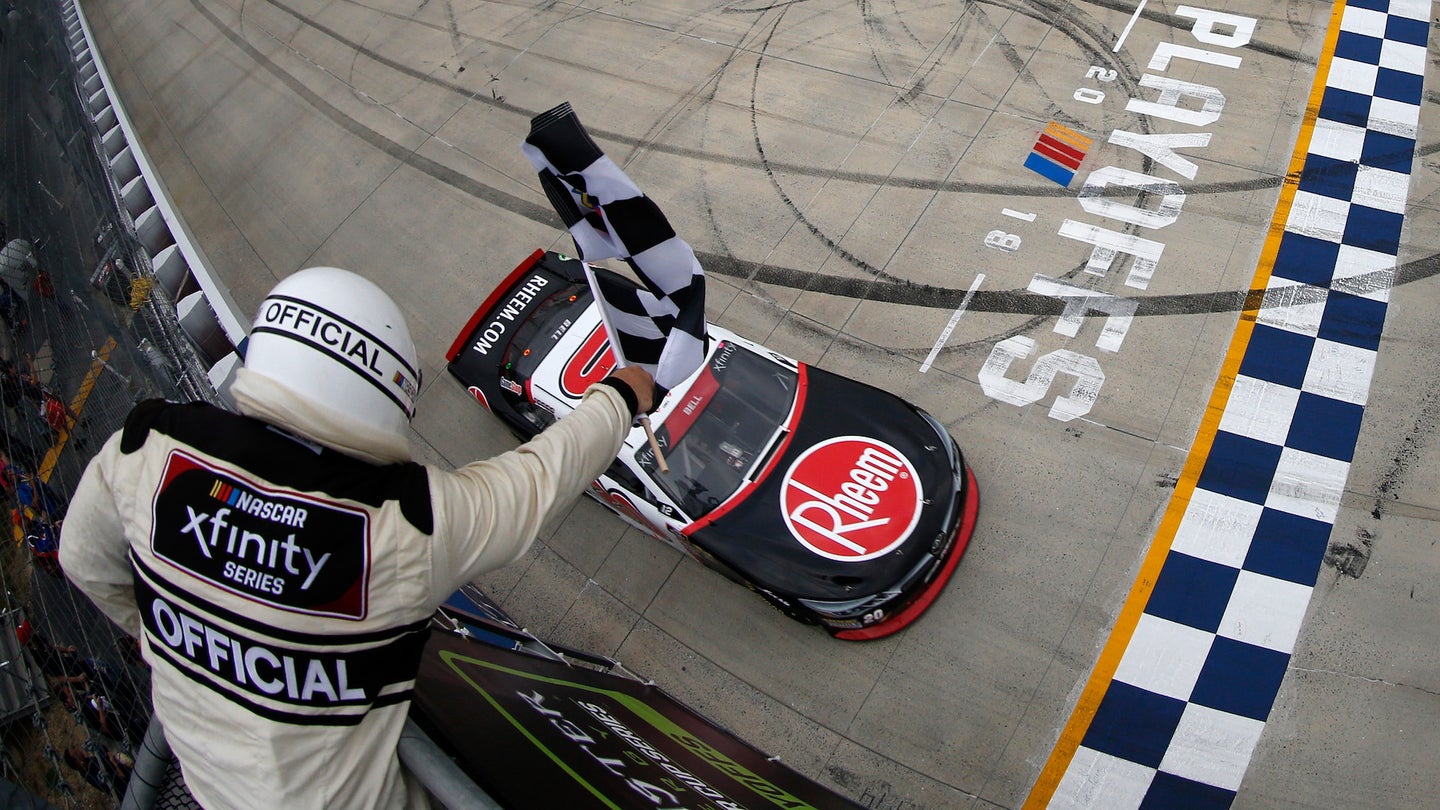 Christopher Bell dominated the Bar Harbor 200 at Dover International Speedway on Saturday by setting a record at the legendary “Monster Mile.” He led 110 of the 200 laps that made up the race on his way to his latest NASCAR Xfinity Series win.

The win was Bell’s sixth of the season, giving him sole possession of the most wins in a season for a rookie. It also was the 12th Xfinity Series win for Joe Gibbs Racing.

“It’s a credit to my team,” Bell said. “As a race car driver, you’re only as good as your race car. Really fortunate to drive for Joe Gibbs Racing. My crew chief and team work their butts off and bring really face cars to these tracks. Makes my job easy.”

Bell’s laps led also included a Stage 1 win at Lap 45. After starting on the front row next to polesitter Daniel Hemric, Bell took the lead on Lap 1 and led the entire opening stage.

Hemric won the second stage that ended at Lap 90. He was first out of the pits during the caution after the first stage, but lost the lead to Justin Allgaier on the restart. He retook the lead, though, on Lap 75.

After his stage win, Hemric was assessed a pit-road speeding penalty, and as a result, Cole Custer wound up the race leader. Bell retook the lead on Lap 133 and ran up front most of the remaining laps. Brandon Jones got off pit road first with a two-tire pit stop during a Lap 162 yellow flag, but when the race resumed, Bell retook the lead.

“Early on, there were probably some restarts where I was a little bit too conservative, just making sure I wasn’t gonna get wrecked,” Custer said. “Our car was pretty solid. It was a lot about track position, and we had to work on our car throughout the day, but the car was awesome at the end. We just needed a tick more. Me and Chris were about equal, but he had the track position. I wish I could have figured out the top faster on that long run, but I think we made huge gains at this track, and that’s a testament to our engineers and crew chief and whole team and the Ford simulator, too.  I think we have some good momentum going into the next round.”

Hemric rebounded from his penalty to finish seventh.

The Bar Harbor 200 was the elimination race for the first round of the 2018 Xfinity Series playoffs. Ross Chastain and Matt Tifft battled for the eighth and final playoff advancement spot in the closing laps. Chastain finished the race in 13th and Tifft 15th, but Tifft took the final spot in the second round in the playoffs by three points over Chastain. Jones and Ryan Truex also were eliminated, despite top-10 race finishes.

Ryan Reed was the other eliminated driver.

UP NEXT: After a weekend off, the NASCAR Xfinity Series will embark on Round 2 of its 2018 playoffs on Oct. 20 at Kansas Speedway. Christopher Bell is the defending winner of the Kansas race. His win there a year ago as a part-time competitor in the series broke a string of three-straight Xfinity Series wins at the track for Monster Energy NASCAR Cup Series regular Kyle Busch.