The part-time NASCAR Xfinity Series driver is A.J. Allmendinger's replacement in the No. 47 car. 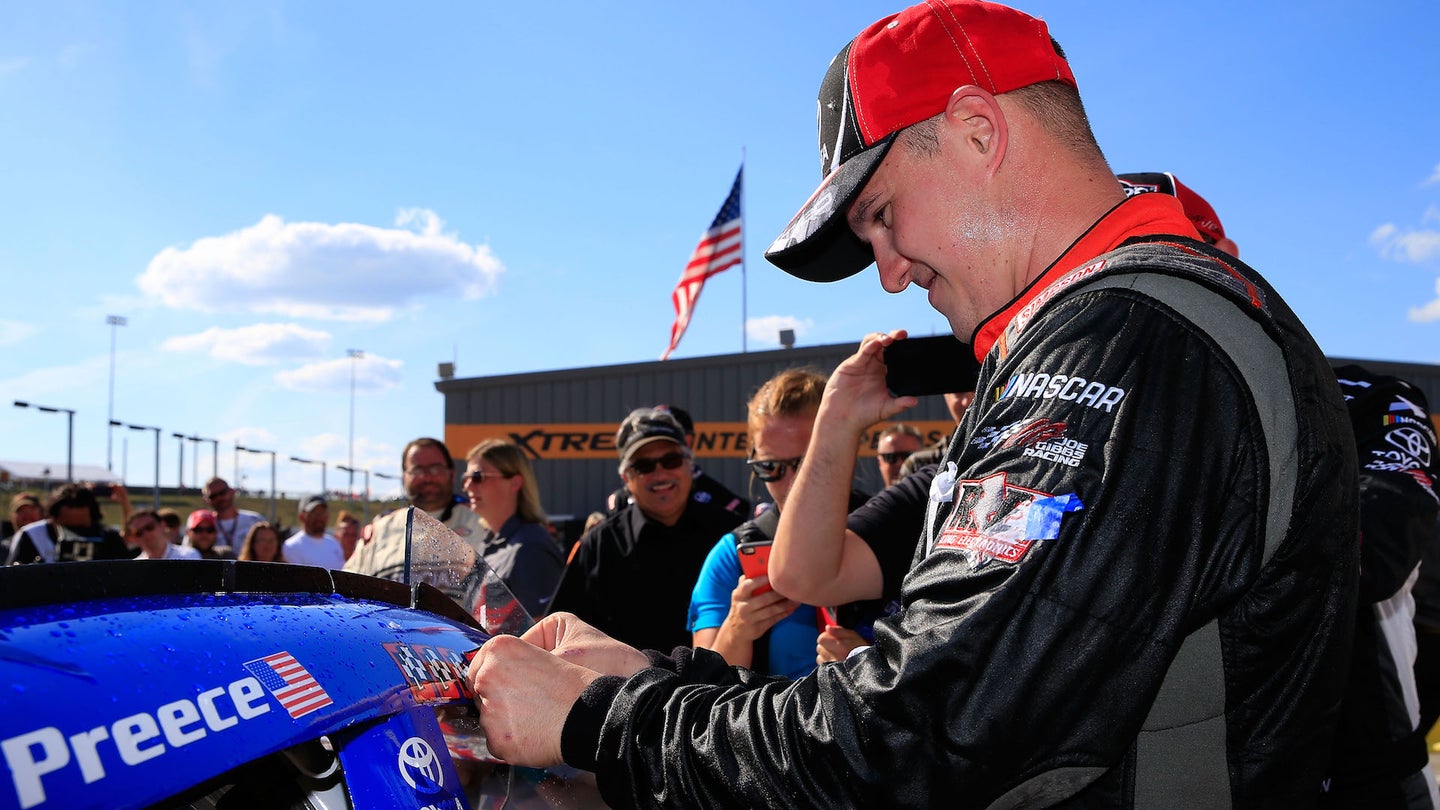 Part-time NASCAR Xfinity Series driver Ryan Preece will be promoted to full-time Monster Energy NASCAR Cup Series competition in 2019 as the driver of the No. 47 JTG-Daugherty Racing Chevrolet. The race team and driver announced Preece’s hiring Friday during a press conference at Charlotte Motor Speedway in Concord, North Carolina.

Preece will replace A.J. Allmendinger, who will leave the team at the end of the 2018 season. Allmendinger’s release was announced by the race team earlier this week.

“Tommy Lasorda says, ‘The difference between impossible and possible lies in a man’s determination,’ and I feel that JTG-Daugherty Racing has just that,” Preece said. “It’s been many years of fighting for opportunities to compete and win races at NASCAR’s highest level, and it is nice to officially say that JTG-Daugherty Racing is my new home for 2019. I look forward to not only racing but working with the team, as well build speed and create a name for myself here. I can’t thank [team owners] Tad and Jodi Geschickter, Brad Daugherty and Gordon Smith enough for the opportunity.”

“A.J. Allmendinger has been a valuable asset to the growth of our company, and we are grateful for his professionalism with our brands and the passion he has shown for this race team over the years,” JTG-Daugherty Racing co-owner Tad Geschickter said in a press release. “As hard as it may be, we’re moving in a different direction for the 2019 Monster Energy NASCAR Cup Series season and will be parting ways at the end of this season. It’s not an easy decision and change is never easy. We wish him the very best in his endeavors and he will always be family to us.”

“We’re really looking forward to having Ryan join our team for the 2019 season,” Geschickter said. “Ryan has an impressive list of accomplishments in the NASCAR Xfinity Series and the NASCAR Whelen Modified Tour Series and is now being given a great opportunity to compete at NASCAR’s highest level full-time. We really believe in him and think he’s a great addition to the team.”

Preece won 22 times in 155 races on the NASCAR Whelen Modified Tour between 2007 and 2018. He was the series champion in 2013 and finished second in the standings four times.

Preece competed in five races in the NASCAR Cup Series level 2015. His best finish was a 32nd in his series debut at New Hampshire Motor Speedway in Loudon.