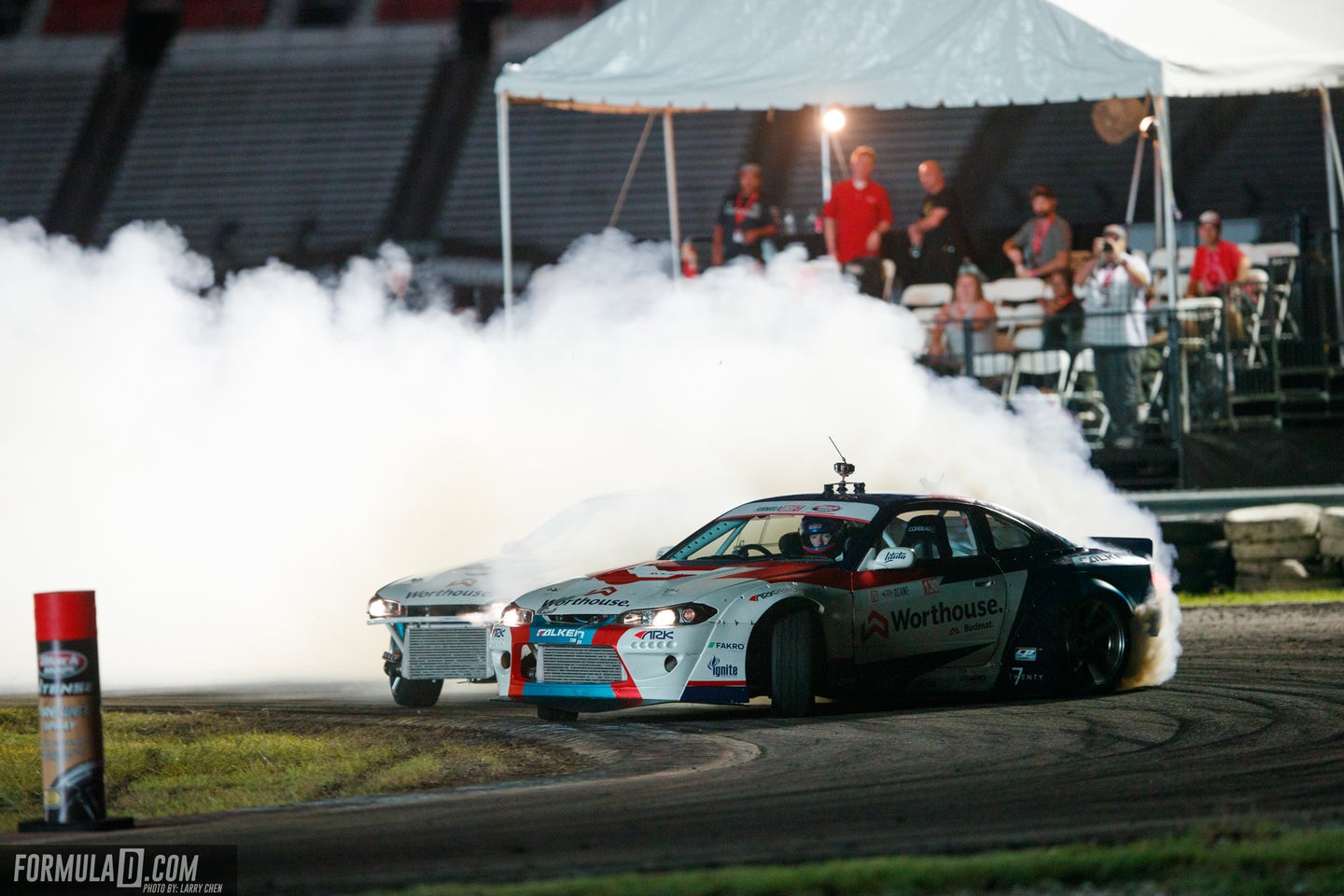 Round 7 of the 2018 Formula Drift season is now complete and Polish driver Piotr Wiecek grabbed the top spot this weekend at Texas Motor Speedway over teammate James Deane and Fredric Aasbo.

In our event preview, we projected that Wiecek and Deane would eventually battle during the round at TMS. The duo has met numerous times throughout the season, providing some of the most entertaining runs of 2018. This time, their meeting was in the finals.

Wiecek got the best of Deane and grabbed his first win of the 2018 season on Saturday. He previously came third at Round 1 in Long Beach and third at Round 5 in Seattle. Wiecek's win erases some of the point deficit behind Aasbo but keeps him in third place in the series championship standings with 469 points.

Deane's second-place finish adds to his plethora of podiums this season. He came second at Round 2 Orlando, first at Round 4 New Jersey, and first at Round 5 Seattle. He continues to sit at the top of the title hunt with 556 points.

Behind the Worthouse team duo was Aasbo. The 2015 FD champ's third-place finish at Texas keeps him in the championship race which will come down to the final round at the "House of Drift," Irwindale Speedway. Aasbo is currently just 49 points behind Deane with 507.

Trailing the top-three championship leaders, who happened to all be on the podium at FD Texas, was Chelsea DeNofa in P4. He's caught fire as of late, and this weekend marked his second event in a row cracking the top-four after a podium in St. Louis.

After all of the action, the championship top-five remains the same, albeit with a slight order change. Chris Forsberg and Justin Pawlak switched fourth and fifth spots with Forsberg now in fourth, touting 379 points, and Pawlak in fifth with 372 points. The rest of the top-10 has also barely changed with the exception of Daijiro Yoshihara taking the 10th spot from Ken Gushi.