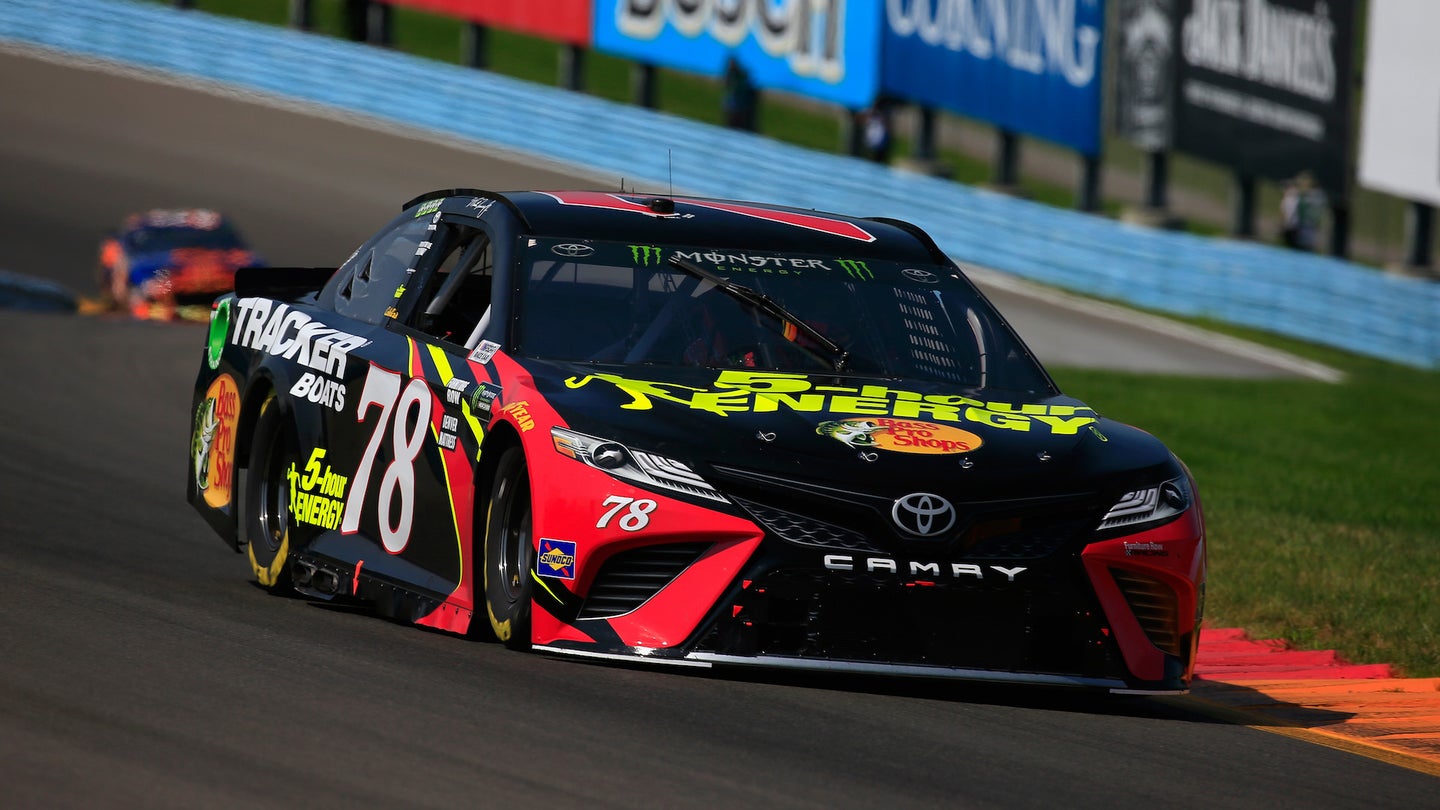 Reigning Monster Energy NASCAR Cup Series championship team, Furniture Row Racing, will cease operations at the end of the 2018 season. The team faced a decrease in funding after 5-Hour Energy announced that it would end its co-primary sponsorship of the race team at the end of the season.

“This is not good for anybody,” Furniture Row Racing owner Barney Visser said in a press release Tuesday. “The numbers just don’t add up. I would have to borrow money to continue as a competitive team, and I’m not going to do that. This was obviously a painful decision to arrive at knowing how it will affect a number of quality and talented people. We’ve been aggressively seeking sponsorship to replace 5-hour ENERGY [sic] and to offset the rising costs of continuing a team alliance with Joe Gibbs Racing but haven’t had any success. I feel that it’s only proper to make the decision at this time to allow all team members to start seeking employment for next year. I strongly believe that all of our people have enhanced their careers by working at Furniture Row Racing.”

Attempts were made to keep the team going, including a possible merger with GMS Racing, which competes in the NASCAR Xfinity and Camping World Truck series. The GMS Racing team expressed interest to enter the Cup Series and its president Mike Beam made an unsuccessful bid to purchase Cup Series team BK Racing. However, meetings between Furniture Row Racing and GMS Racing officials to discuss a merger were unfruitful.

Bass Pro Shops and 5-Hour Energy have combined to provide primary sponsorship for the No. 78 Furniture Row Racing Toyota driven by Martin Truex Jr. for 30 races this season. In 2017, 5-Hour Energy was primary sponsor on a No. 77 Toyota that FRR entered full-time for Cup Series rookie Erik Jones. Last season was the only season FRR entered two cars in Cup Series competition. Jones moved to Joe Gibbs Racing, with which Furniture Row Racing has a technical alliance, for 2018, and FRR returned to being a one-car operation.

Truex Jr. joined FRR ahead of the 2014 season after losing his job with Michael Waltrip Racing after controversy within the race team resulted in the departure of sponsor Napa Auto Parts. Furniture Row Racing, then, made a manufacturer change from Chevrolet to Toyota and aligned with JGR in 2016.

Furniture Row Racing and Truex Jr. have flourished since joining the Toyota camp. They have won 16 races since then, including a series-leading eight wins in 2017 en route to the championship. Through the first 25 races of 2018, Truex Jr. has four wins, trailing only Kevin Harvick with seven and JGR driver Kyle Busch with six.

Prior to hitting its stride in 2016, Furniture Row Racing had claimed two Cup Series wins. Truex Jr. won at Pocono Raceway in Long Pond, Pennsylvania, in 2015. Former Cup Series driver Regan Smith gave FRR its first win in the 2011 Southern 500 at Darlington Raceway in South Carolina. Visser self-funded the team through his Furniture Row company prior to deals with Bass Pro Shop and 5-Hour Energy. He also formed his team in Denver away from the Charlotte, North Carolina hub of NASCAR activity.

“I’ve always felt that we could be a competitive team and run for a championship, even when it seemed like a pipe dream to many racing insiders,” Visser said. "But to be successful in any business, you need to assemble the right people and make a strong commitment to succeed. We achieved what we set out to do and feel like we climbed Mount Everest. To continue with anything less than a competitive team would not be acceptable. It’s been one incredible ride.”