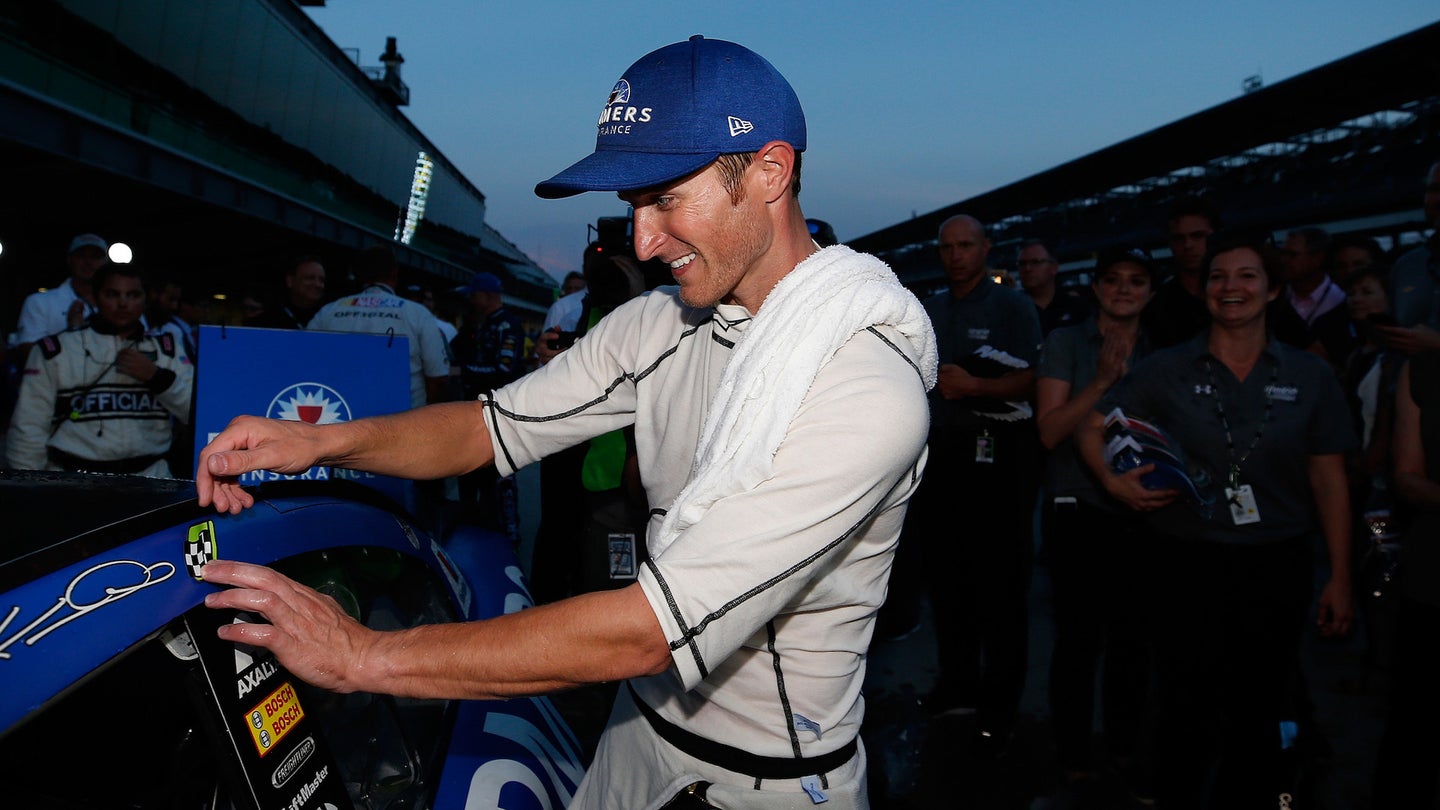 Kasey Kahne has turned down an offer from Leavine Family Racing to continue as driver of the No. 95 in the Monster Energy NASCAR Cup Series, where he will wrap up the remaining 13 races of the season. Kahne announced his retirement from full-time competition at the end of the 2018 season on Thursday morning.

The Washington State native has been a full-time driver in NASCAR’s top series since 2004, when he won the series' Rookie of the Year and boasts an impressive 527 career starts, 18 of which resulted in victories, 93 top fives, and 176 top 10 finishes. His most recent win came in 2017 at the Brickyard 400 at the Indianapolis Motor Speedway. However, his NASCAR career has been a struggle in recent seasons. He is currently 28th in the 2018 Cup Series championship standings after 23 races—with only one top 10 finish at Daytona International Speedway, his third race following a crew chief change.

Kahne landed at LFR after being released from Hendrick Motorsports with one year left on his contract. He joined Hendrick Motorsports in 2012, even though he had carved out a deal with team owner Rick Hendrick in 2010 to join HMS pending Mark Martin's retirement. As a result, Kahne bided his time with Red Bull Racing for the final five races of 2010 and the full 2011 season through a deal between RBR and HMS.

Kahne enjoyed only one victory during his final three seasons at Hendrick, despite producing at least one win over the course of his first three years with the team. Kahne’s winningest season in the Cup Series was 2006 with the now-defunct Evernham Motorsports. In terms of points, his best year was 2012 when he finished the season in fourth place.

Kahne is a team owner in the World of Outlaws dirt sprint-car racing series, the same series where he began his career before entering NASCAR through the Busch [now-Xfinity] Series in 2002.