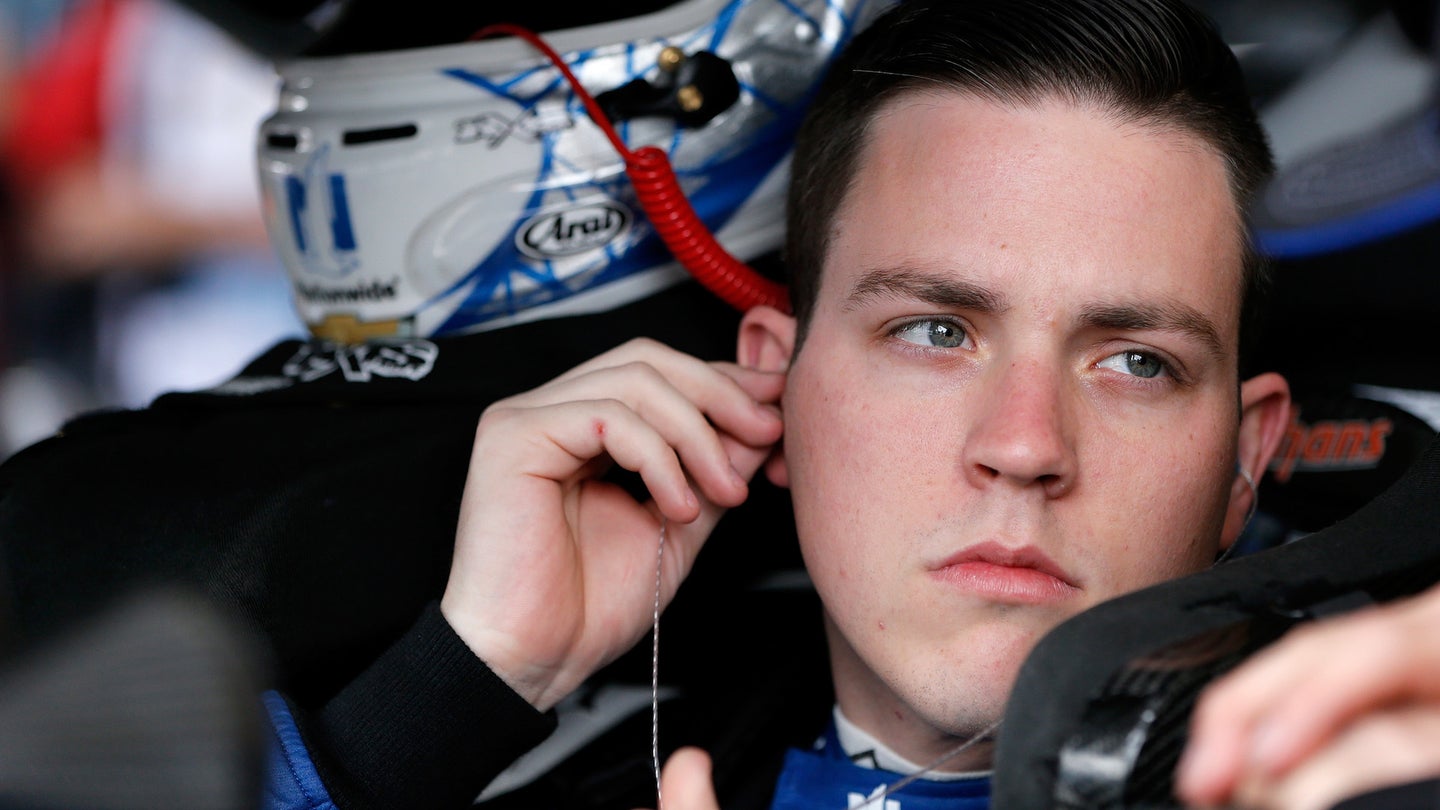 Hendrick Motorsports announced that its No. 88 Chevrolet entry that Alex Bowman drives in the Monster Energy NASCAR Cup Series will carry a Philadelphia Eagles paint scheme Sunday in the Gander Outdoors 400 at Pocono Raceway in Long Pond, Pennsylvania. This time around, that paint scheme is going to stick.

"It's going to be a lot of fun," Bowman said during the official unveiling of the paint scheme earlier this month. “Really looking forward to having the Super Bowl champions on the car.”

In conjunction with the car’s primary sponsor, Axalta, HMS announced a similar paint scheme for last year’s race at Pocono, when Dale Earnhardt Jr. was still driver of the car, but the NFL nixed the plans, claiming a paint scheme featuring a specific team violated league rules. Earnhardt didn’t get too upset that he didn’t get to drive a car with an Eagles-inspired paint scheme in his final season as a full-time NASCAR driver, as he’s a self-proclaimed, die-hard Washington Redskins fan.

The paint scheme that will finally make it onto the track this year is aimed at bringing awareness to the Axalta All-Pro Teachers program in which Axalta and the Eagles are involved.

"The exposure that the Axalta All-Pro Teachers program will receive thanks to Alex Bowman's No. 88 Chevrolet Camaro ZL1 will showcase the campaign to a national audience," Axalta Chairman and CEO Charlie Shaver said in a press release. "We thank the Philadelphia Eagles, Alex Bowman and Hendrick Motorsports for their dedicated support of such a worthwhile program.”

After Hendrick Motorsports and Axalta’s unveiling of the special paint scheme for the 2018 race at Pocono, an NFL spokesperson confirmed that the paint scheme now is permissible under a revised NFL policy.