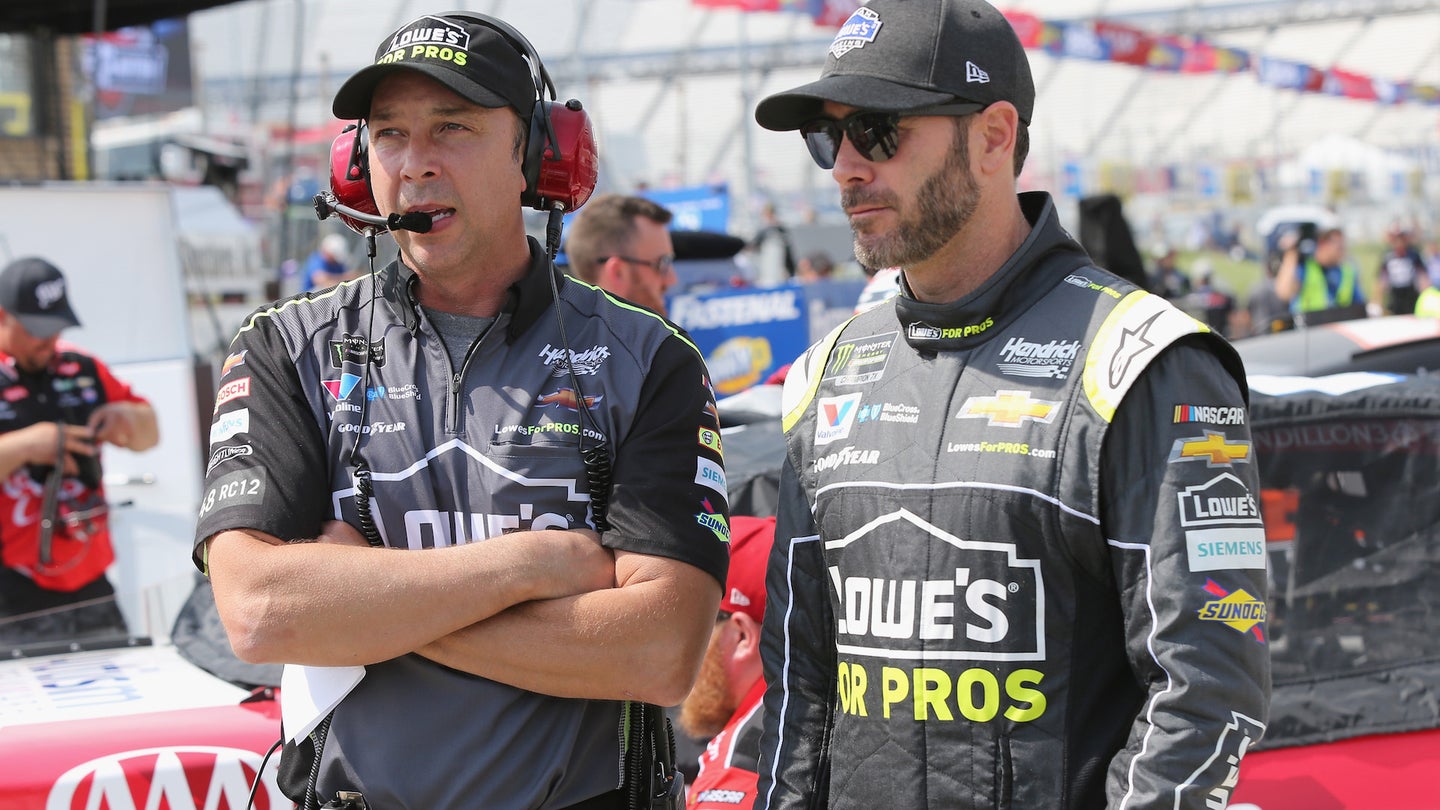 NASCAR crew chief Chad Knaus recently signed a contract extension with Hendrick Motorsports to remain as crew chief on the No. 48 Chevrolet team of seven-time champion Jimmie Johnson in the Monster Energy NASCAR Cup Series, at least through the 2020 season. Knaus confirmed the extension July 14 at Kentucky Speedway in Sparta, ahead of the Quaker State 400.

Knaus, who has been Johnson’s crew chief since Johnson became a full-time Cup Series driver in 2002, had a contract that was set to expire at the end of the 2018 season. Johnson signed a three-year contract extension with Hendrick Motorsports last year, so his current deal also keeps him with the team through 2020. The search continues for sponsorship support beyond 2018. Longtime sponsor Lowe’s already has announced its departure from the team at the end of the season.

Johnson most recently won the NASCAR premier-series championship in 2016, his seventh series championship to tie him with NASCAR Hall of Famers Dale Earnhardt and Richard Petty for most all-time. His tally of 83 series wins ties him for sixth with Cale Yarborough on the all-time wins list. He, along with Hendrick Motorsports and most of the Chevrolet camp, have struggled in 2018, though. Johnson is in the midst of the longest losing streak of his career, last winning at Dover International Speedway in Delaware in June 2017. He is 12th in the points standings with two top-fives and six top-10 finishes, 19 races into the 36-race 2018 season.