The Iowa short oval put on a great racing show that was dampened by a last-minute fiasco. 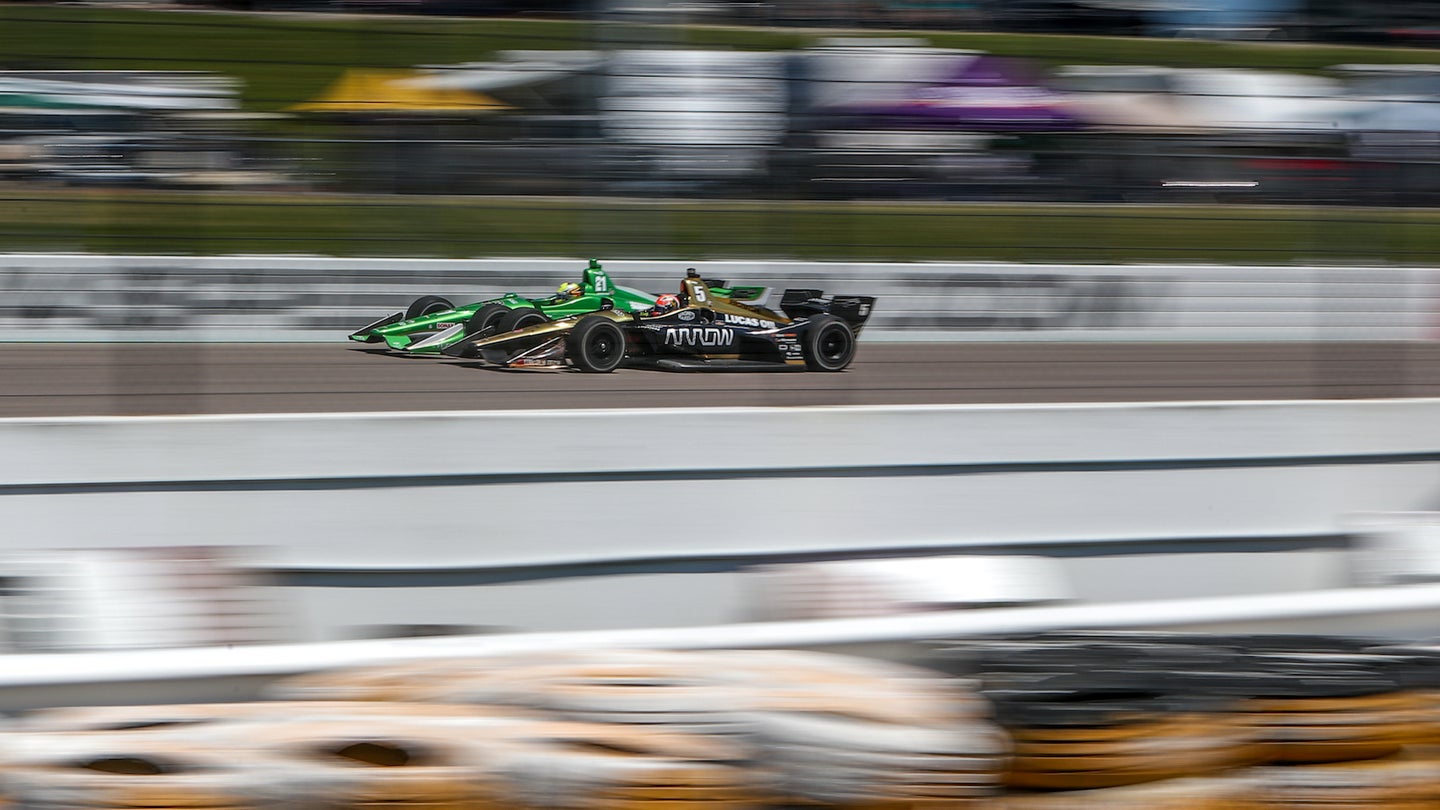 The sub-mile short oval at Iowa Speedway delivered an even more exciting race than anyone could've predicted on Sunday. However, a last-minute call by race control that ultimately spoiled Josef Newgarden and Robert Wickens' race dampened the high spirits shared by their respective teams.

Of course, the two-star drivers' losses were others' gains, as James Hinchcliffe, Spencer Pigot, and Takuma Sato were able to capitalize on the situation when the green flag didn't come out and the race ended on a yellow caution period. As a result, the trio was able to conquer the podium after running in the middle of the pack all day. Needless to say, this was the perfect recipe for some post-race drama.

His Schmidt Peterson teammate Robert Wickens may have been troubled by the late-race snafu, but Hinchcliffe was on the mountaintop after clinching his first IndyCar victory since Long Beach in 2017, 26 races ago. The Canadian now heads to his home race in Toronto with a boosted morale.

Much like Hinchcliffe, Ed Carpenter Racing's Spencer Pigot benefitted from the situation to land his first IndyCar podium. While it's nice to see the veterans like Dixon and Newgarden fight it out for championship points, there's nothing more heart-warming than seeing a "rookie" or underdog claim a step of the podium.

The 2017 Indy 500 winner Takuma Sato is hands-down one of the field's most talented drivers; however, a combination of sub-par equipment and pure bad luck has kept him from delivering the results he's often capable of. Thankfully, the stars aligned for the Japanese driver in Iowa and he was able to turn a hard-fought race into a podium finish.

While fourth-place finisher Newgarden simply admitted his defeat by claiming that one must "expect the unexpected" at an IndyCar race, Robert Wickens told IndyStar that “IndyCar made a big mistake on this one,” and that the end result was "absolute bull (expletive)." However, the Canadian showed his fellow countryman and teammate his support with this tweet despite his own disappointment.