The France family isn't looking to sell its racing sanctioning body. Instead, minority investors are being sought. 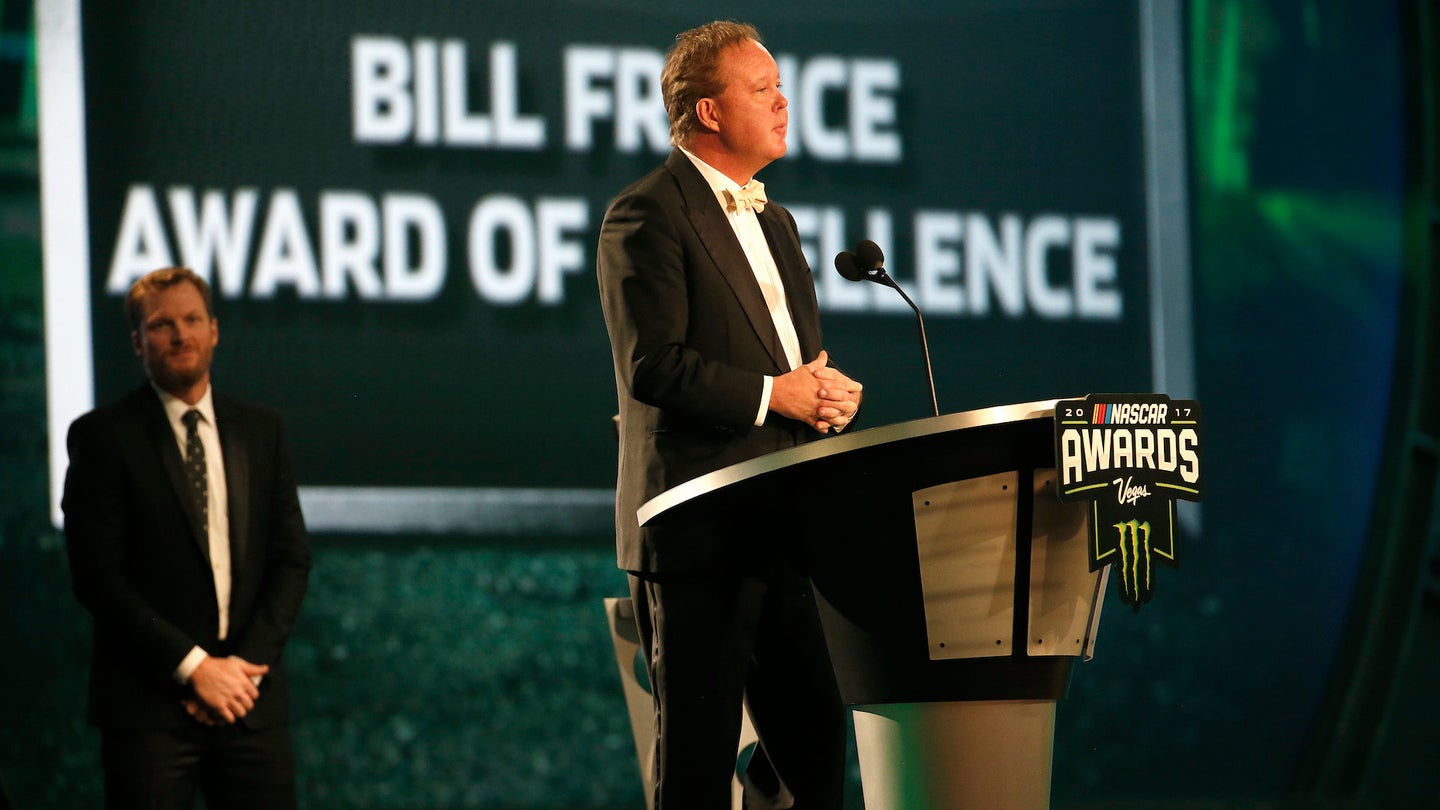 A majority stake in NASCAR is not for sale, after all, according to a report from Forbes Wednesday. A report from Reuters in May claimed that members of the France family, who own majority control of the most popular stock-car racing sanctioning body in the U.S., had met with Goldman Sachs to explore options that included the sale of a majority stake, citing three unnamed sources. But, according to the Forbes report, minority investors are being sought.

NASCAR, founded by Bill France Sr. and later led by his son Bill France Jr., now is led by France Jr.’s son Brian France in the position of Chairman and CEO, but according to court documents related to Brian France’s separation from his now-ex-wife in 2007, he does not have an ownership stake in NASCAR. The sanctioning body’s only listed owners are Jim France, France Sr.’s son, and Lesa France Kennedy, France Jr.’s daughter.

After the Reuters report of the potential sale, The Associated Press obtained a copy of a memo from NASCAR President Brent Dewar to NASCAR employees that stated the France family "remains dedicated to the long term growth of our sport” and that NASCAR didn’t comment on "industry rumors.”

Officials with the sanctioning body are mum on the topic of a search for investors.

Race attendance and TV ratings have declined in recent years, and marquee names in the sport, including those of Jeff Gordon, Tony Stewart, and Dale Earnhardt Jr., have gone the way of retirement in the last three years. Monster Energy, the title sponsor of NASCAR’s premier series, recently renewed its sponsorship deal with NASCAR for only one year, carrying it through 2019, only the third year of the relationship. Upon the announcement of Monster’s one-year renewal, NASCAR said it was re-examing its sponsorship structure, and NASCAR Chief Operating Officer Steve Phelps said a relationship with Monster beyond 2019 was “highly unlikely."