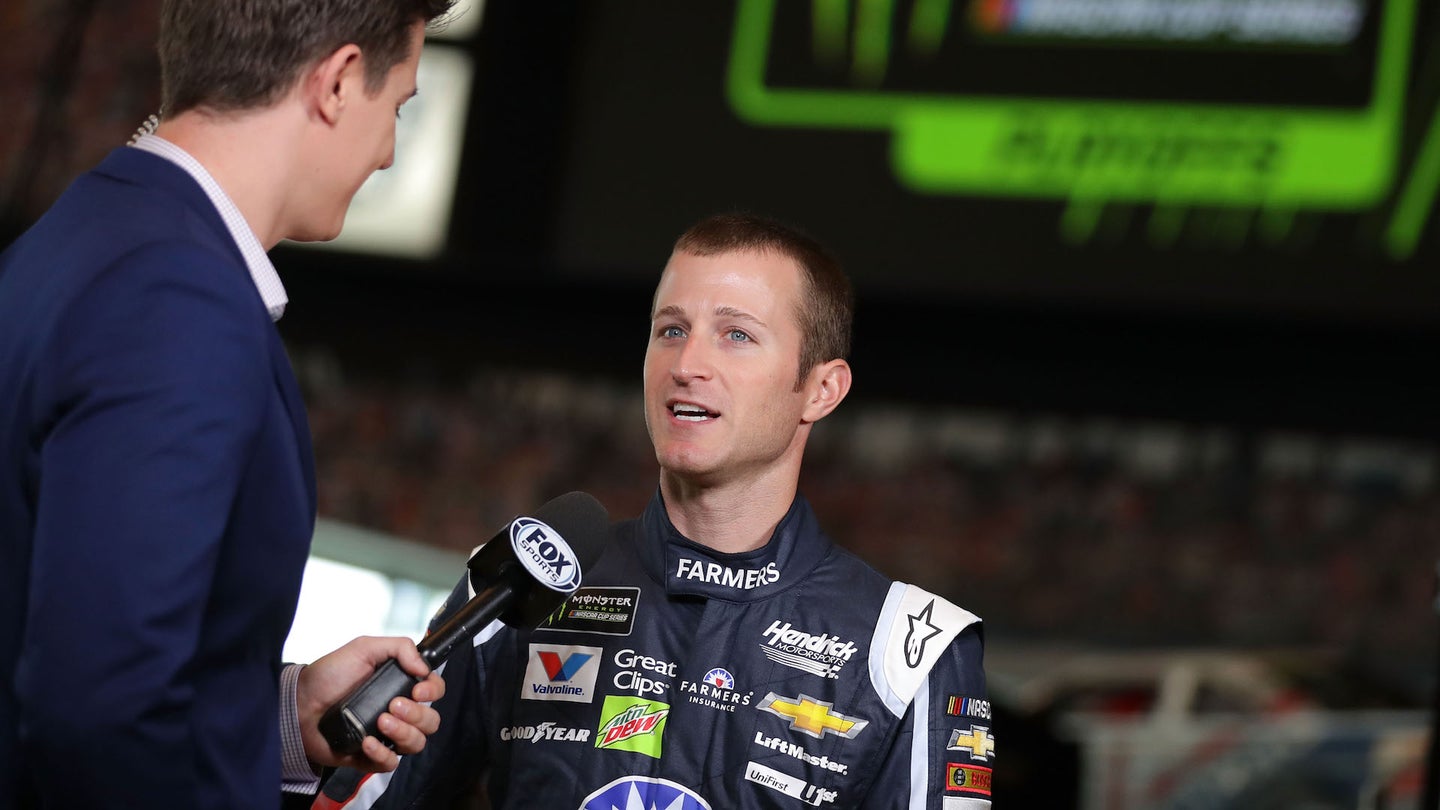 Jon Leonard had been named the interim crew chief for driver Kasey Kahne on the No. 95 Leavine Family Racing team in the Monster Energy NASCAR Cup Series. He replaces Travis Mack. Leonard’s first race in his latest stint as crew chief on the No. 95 will be Sunday’s Toyota/Save Mart 350 at Sonoma Raceway in California.

"It wasn’t just off the cuff; it was well thought out," Leavine Family Racing owner Bob Leavine said of Mack’s firing during an interview on SiriusXM NASCAR Radio on Tuesday. "I kept Kasey in the loop continually, because when I hired him last year, it was about giving him the best car that we could, and I just didn’t feel we were doing that. And you just can’t keep doing the same thing if you expect different results."

Leonard, who moves the the crew chief position from team engineer on the No. 95, also was interim crew chief on the No. 95 team for the final five races of 2017 when Michael McDowell drove the car. Kahne made the move from Hendrick Motorsports to Leavine Family Racing prior to the 2018 race season.

“I’m excited and thankful for the opportunity,” Leonard said in a press release from the race team. “I’ve had a little experience at it before, so I can appreciate and understand what is expected and needed. A lot of my role will stay the same – set-up preparation, history analysis, and practice decisions from an engineering standpoint.”

Kahne is 28th in the Cup Series points standings, 15 races into his first season as driver of the No. 95. His best finishes, so far, this season were three 17th-place finishes at Texas Motor Speedway in Fort Worth, Texas, Talladega Superspeedway in Alabama and Dover International Speedway in Delaware.

Kahne is an 18-time winner in NASCAR’s top series, with his most recent win coming in the 2017 Brickyard 400 at Indianapolis Motor Speedway. He also has 92-career top-fives and 175 top-10 finishes in 519-career Cup Series starts.

"We’ve just got other things we’ve got to accomplish," Leavine said. "I just couldn’t live with continuing on and telling Kasey every weekend that, hey, we’ll do this better; we’ll get better, and we weren’t. We’ve had some bright spots. We’ve had some good cars, and we just seemed like we went from one end to the other spectrum.”