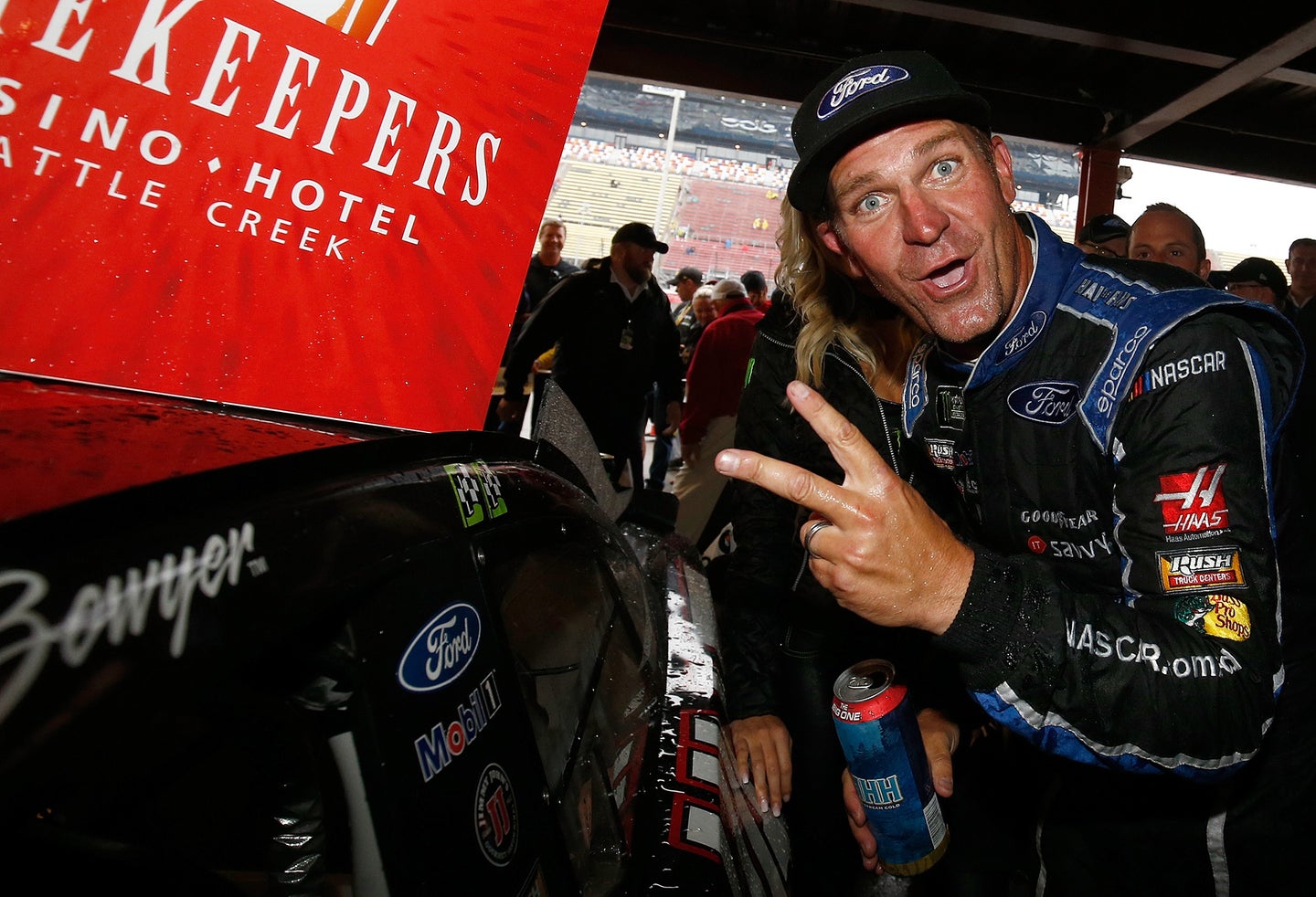 The weather was a challenge for NASCAR drivers before the kickoff of the FireKeepers Casino 400 race at Michigan International Speedway. Ryan Blaney won Stage 1 of the race and Kevin Harvick Stage 2, but the race belonged to Clint Bowyer. Thanks to a gutsy call by Bowyer's crew chief on lap 133 of the scheduled 200 laps, he won the rain-shortened race. Bowyer was the leader on the last lap when NASCAR ended the race early.

“When he said, ‘two tires,’ I was like, ‘I dunno,’ especially when you look in your mirror and everyone else is taking four,” Bowyer said when discussing his crew chief’s race-winning pit strategy. Aside from Bowyer's win, the top storylines from the FireKeepers Casino 400 included the Stewart-Haas Racing team finishing in the top three positions and Ford’s domination.

Seven of the top eight race finishers were behind the wheel of a Ford Fusion including Bowyer, who secured his second win of the season. His Stewart-Haas teammates rounded out the top three. Kevin Harvick was the runner-up and Kurt Busch, the race pole sitter, finished third. Ford has won eight of the 15 races this season. Bowyer's other race win came at Martinsville earlier in the season which was a weather-delayed race.

The Monster Energy NASCAR Cup Series is taking a much-needed break. The Series will take a week off for Father’s Day and return the following week in Sonoma, California for the Toyota / Save Mart 350. NASCAR Cup drivers will have two weeks to prepare for the first road course race of the season. Qualifying for the race will take place Saturday, June 23 at 11:45 a.m. ET. The green flag for the 110 lap Toyota / Save Mart 350 at Sonoma Raceway will drop on Sunday, June 24 at 12:00 p.m. ET.