The seven-time champion continues to look for a sponsor to replace longtime backer Lowe's. Red Bull may be an option. 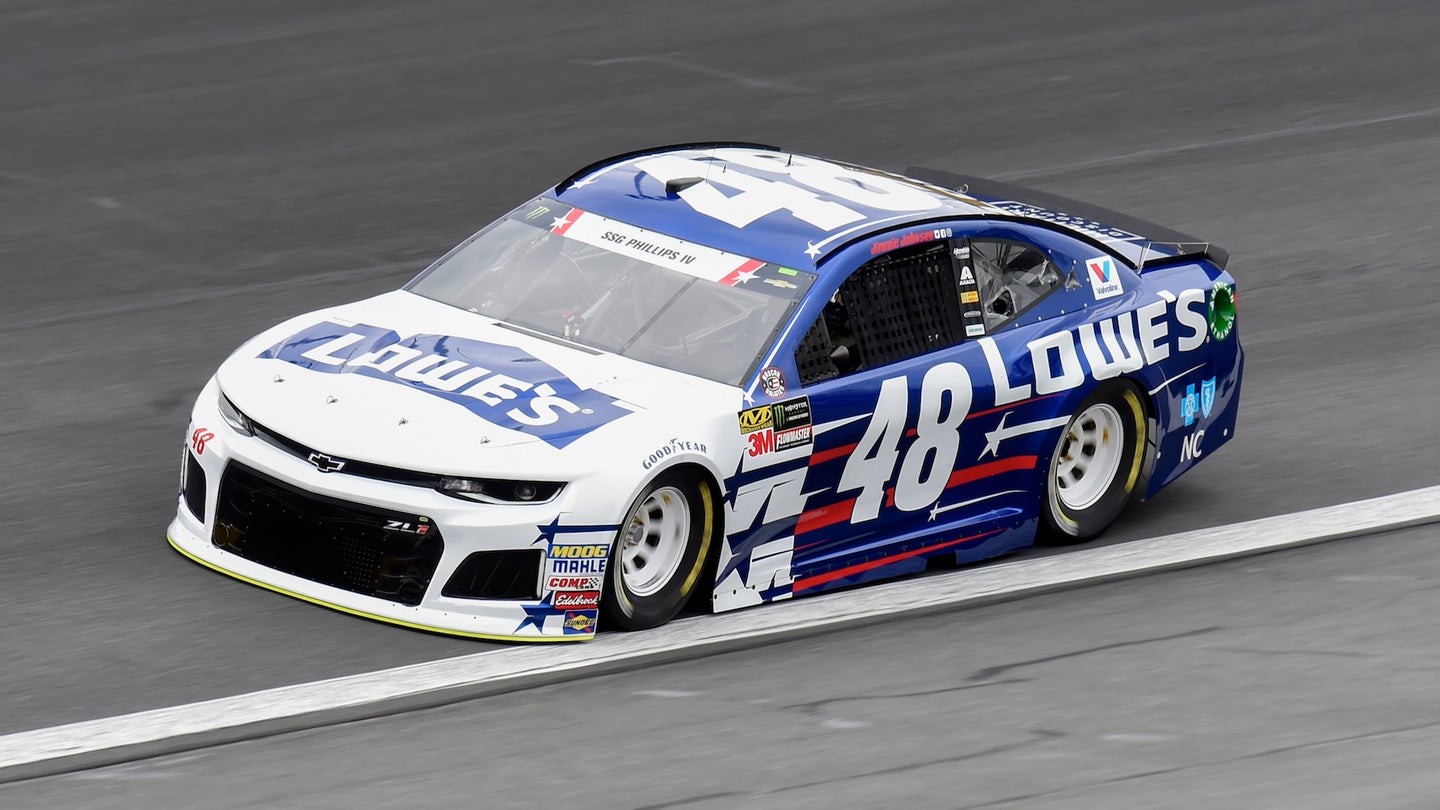 The search continues to find a sponsor to replace longtime marketing partner Lowe’s on the hood of Jimmie Johnson’s No. 24 Hendrick Motorsports Chevrolet in the Monster Energy NASCAR Cup Series. According to Johnson, there is a list of interested companies, including Red Bull.

“I think there is interest from a variety of different companies. That would be one of a long list of hopefuls,” Johnson said when asked specifically about Red Bull during his media availability at Charlotte Motor Speedway on Thursday, ahead of Sunday’s running of the Coca-Cola 600 at the track.

Lowe’s announced in March that it would be ending its sponsorship of Johnson’s car at the end of the 2018 NASCAR season. The home improvement company has been Johnson’s primary sponsor for his entire NASCAR premier-series career, dating back to the final races of the 2001 season.

“Of course, we don’t want to see Lowe’s leave,” Johnson said. "We have had such an amazing run with them and there is a little bit of fear associated with such a big sponsor and such an integral part of Hendrick Motorsports leaving, but the response has been very strong and very well. When Mr. Hendrick makes his decision and we are able to kind of ink what opportunities are out there, obviously those announcements will be made, but things have been going very well.”

Prior to joining Johnson at Hendrick Motorsports, Lowe’s was the primary sponsor of the No. 31 entry of Richard Childress Racing, beginning in 1997. Lowe’s also was the entitlement sponsor of Charlotte Motor Speedway for several years.

Johnson says he’s been involved in the replacement search.

"I have enjoyed the process,” he said. "I’ve enjoyed being involved. I’ve learned a ton. I’ve been able to bring some opportunities to the table through my own contacts that I have and also others have come along through Mr. [Rick] Hendrick’s network and other networks.  It’s been interesting. It’s taken a lot of time, and it’s been a fun, new experience for me.”

Johnson is under contract to drive the No. 48 at Hendrick Motorsports through the 2020 season. He has a record-tying seven Cup Series championships, including five-consecutive from 2006-2010. He most recently was NASCAR’s title-holder in 2016. He has 83-career wins, the three latest coming early last season. Johnson has struggled as of late, though, going nearly a year since his last win and failing to lead a lap or win a race stage in the first 12 races of 2018.