New NASCAR premier series team hopes to make its debut in the Coca-Cola 600 with J.J. Yeley behind the wheel. 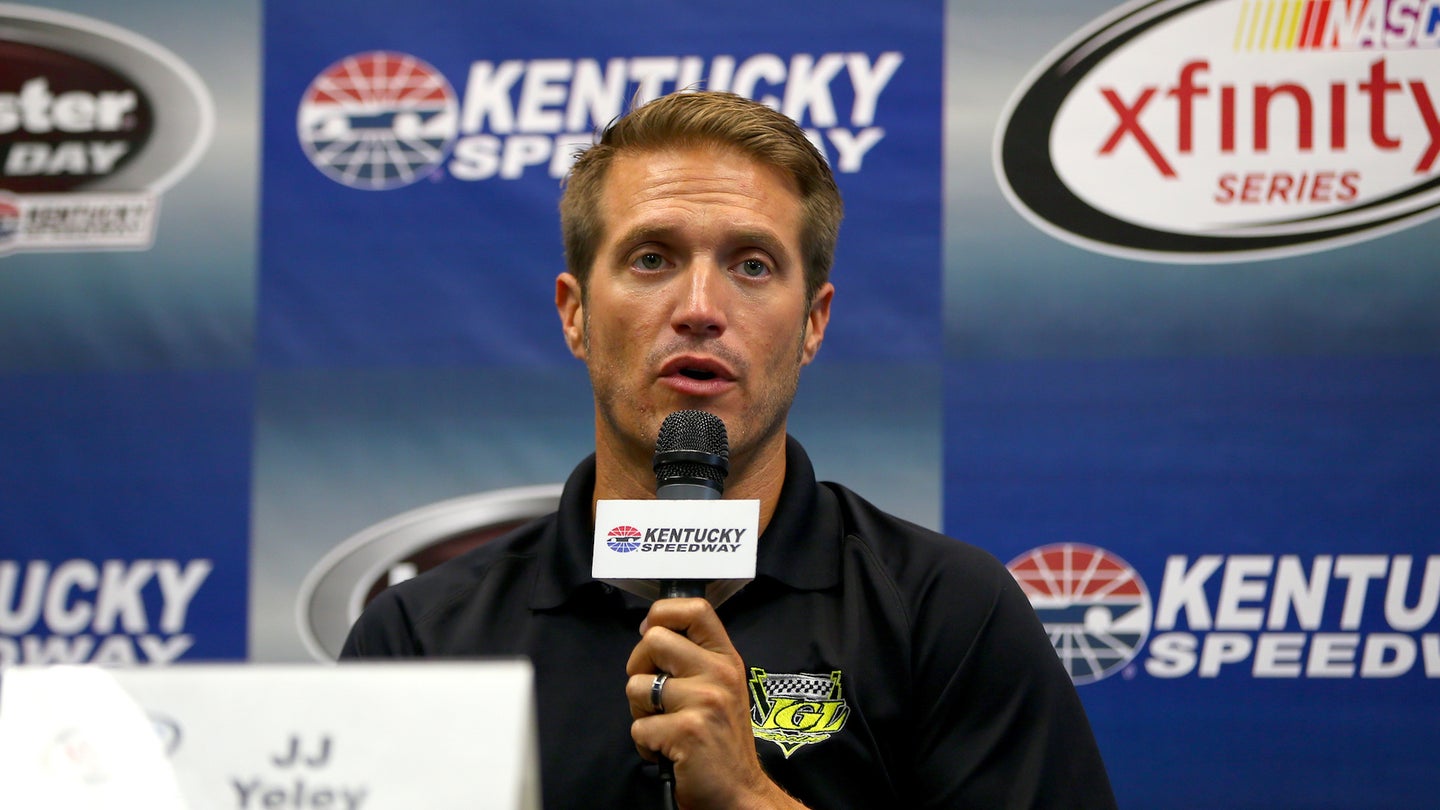 With 41 cars on the entry list for the 40-car race and NY Racing not having a charter that would guarantee a starting position, the new team’s debut hinges on a Thursday evening qualifying session. The four other non-chartered teams against which NY Racing will compete for four “open” or non-chartered starting positions include the No. 52 Rick Ware Racing entry of B.J. McLeod, Jeffrey Earnhardt’s No. 55 Premium Motorsports team, Timmy Hill’s No. 66 Motorsports Business Management team and the No. 96 Gaunt Brothers Racing team with driver Parker Kligerman.

In a press release, NY Racing describes its deal with primary sponsor Steakhouse Elite as a multi-year agreement.

If Yeley makes the Charlotte race with his new team, it will mark his second start of the 2018 Cup Series season in the first three races. His other came from behind the wheel of the No. 55 Premium Motorsports entry at Martinsville Speedway in Virginia in March. He finished 31st after starting 38th in that race. Yeley has been racing full-time in the NASCAR Xfinity Series this year as a teammate to Ryan Sieg on a Sieg family-owned team.

"I am excited to be back in a Monster Energy NASCAR Cup Series car this weekend at Charlotte Motor Speedway," Yeley said in a NY Racing press release. "I can't thank NY Racing and the Steakhouse Elite enough for allowing me to be part of this program.”

Yeley’s NASCAR premier-series career began in 2004, and he raced full-time in the series for two years, 2006 and 2007, as driver of the No. 18 Joe Gibbs Racing entry now driven by Kyle Busch. Yeley has 259-career starts in the Cup Series, resulting in two top-fives, including a career-best runner-up showing in the 2007 Coca-Cola 600. The other was a third for the now-defunct No. 96 All-Star Racing team in 2008. He also has eight-career premier-series top-10 finishes.