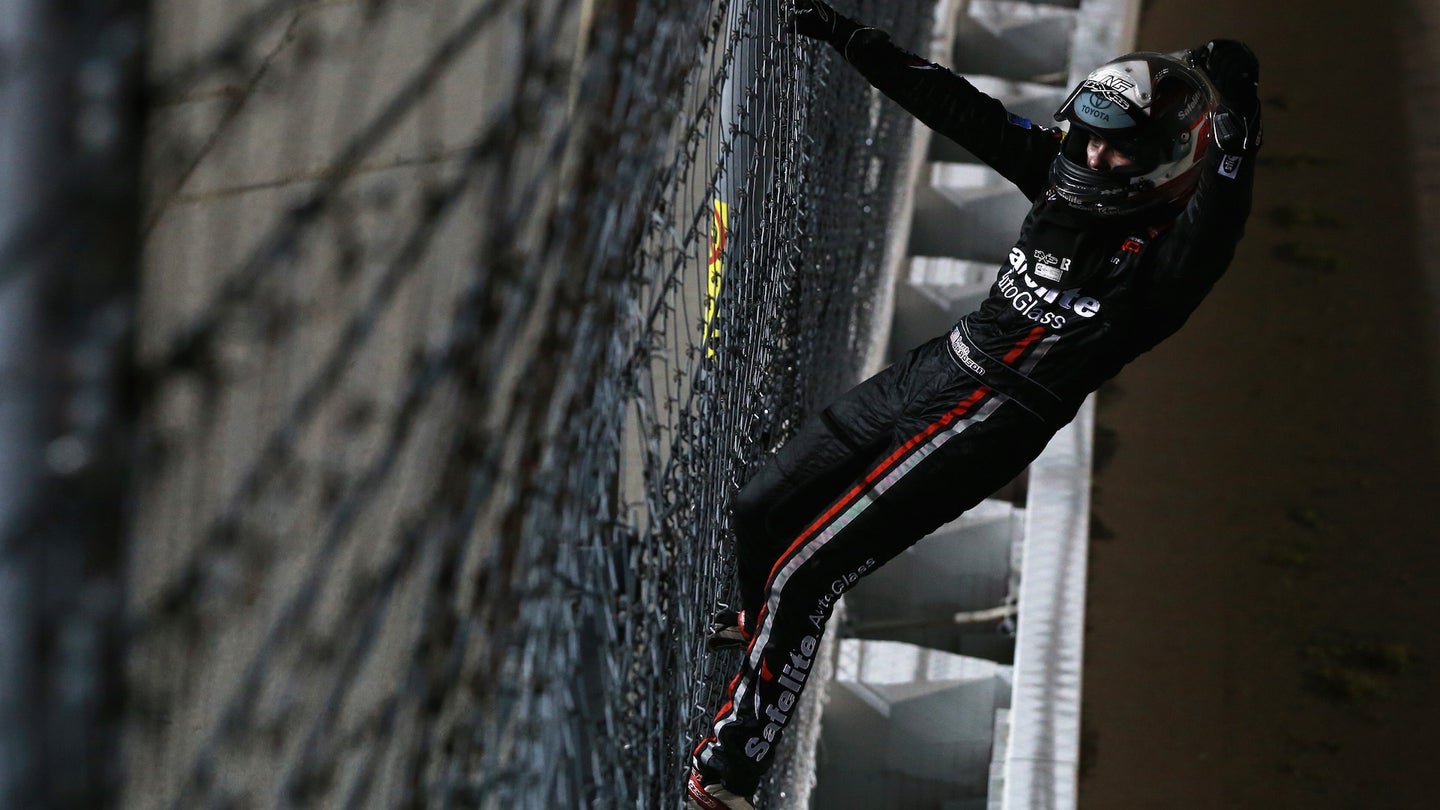 Noah Gragson dominated the 2018 37 Kind Days 250 NASCAR Camping World Truck Series race at Kansas Speedway on Friday night, leading 128 of the 167 laps on his way to his second-career series win.

Friday marked the Las Vegas native's most dominant outing yet as he led more laps in a single Truck Series race than ever before in his career.

“I can’t say enough how much Kyle Busch Motorsports helps,” Gragson said. “They work their tails off. They are the best in the business and it definitely shows. I have so much confidence in myself.”

“It makes it a little easier when I am not the one in victory lane but one of my trucks and drivers are ahead of me,” Busch said.

Gragson won both 40-lap stages that made up the first 80 laps of the race. After starting from pole, he lost the lead to Matt Crafton on the opening lap, but on lap five, he reclaimed his position.

After the first stage, Ben Rhodes challenged Gragson for the lead for several laps and was credited with heading the field on lap 49, but Gragson recaptured his spot just one lap later and pulled away. Rhodes then made contact with the wall while running second and made an unscheduled pit stop during which his team had the hood up on his truck. He was consequently penalized for having too many crew members over the pit wall, compounding his problems.

Just Haley got the lead from Gragson after the second stage as a result of a two-tire pit stop, but when the race restarted, Gragson maneuvered his way to the front. Brett Moffitt followed Gragson by Haley to take second, but on lap 94, Moffitt had to make an unscheduled stop for a battery change.

Stewart Friesen lined up second, on the front row next to Gragson, for a restart just past lap 100 and took the lead on lap 105. But when the yellow flag waved again for a single-truck incident involving Bo LeMastus, Friesen drifted back to seventh during the caution when the shifter knob came off his gear shift. As a result, the lead was handed back over to Gragson as he persisted on taking home his second-career victory in the Truck Series.

Gragson gave up his lead, again, when most of the field cycled through green-flag pit stops between laps 134 and 136. A few drivers, including Johnny Sauter, stayed out longer than the previous frontrunners. When Myatt Snider ran out of fuel with five laps remaining, Gragson took his final lead of the race.