NASCAR May Be for Sale

The France family is, reportedly, exploring a possible sale of the U.S.-based stock-car racing sanctioning body. 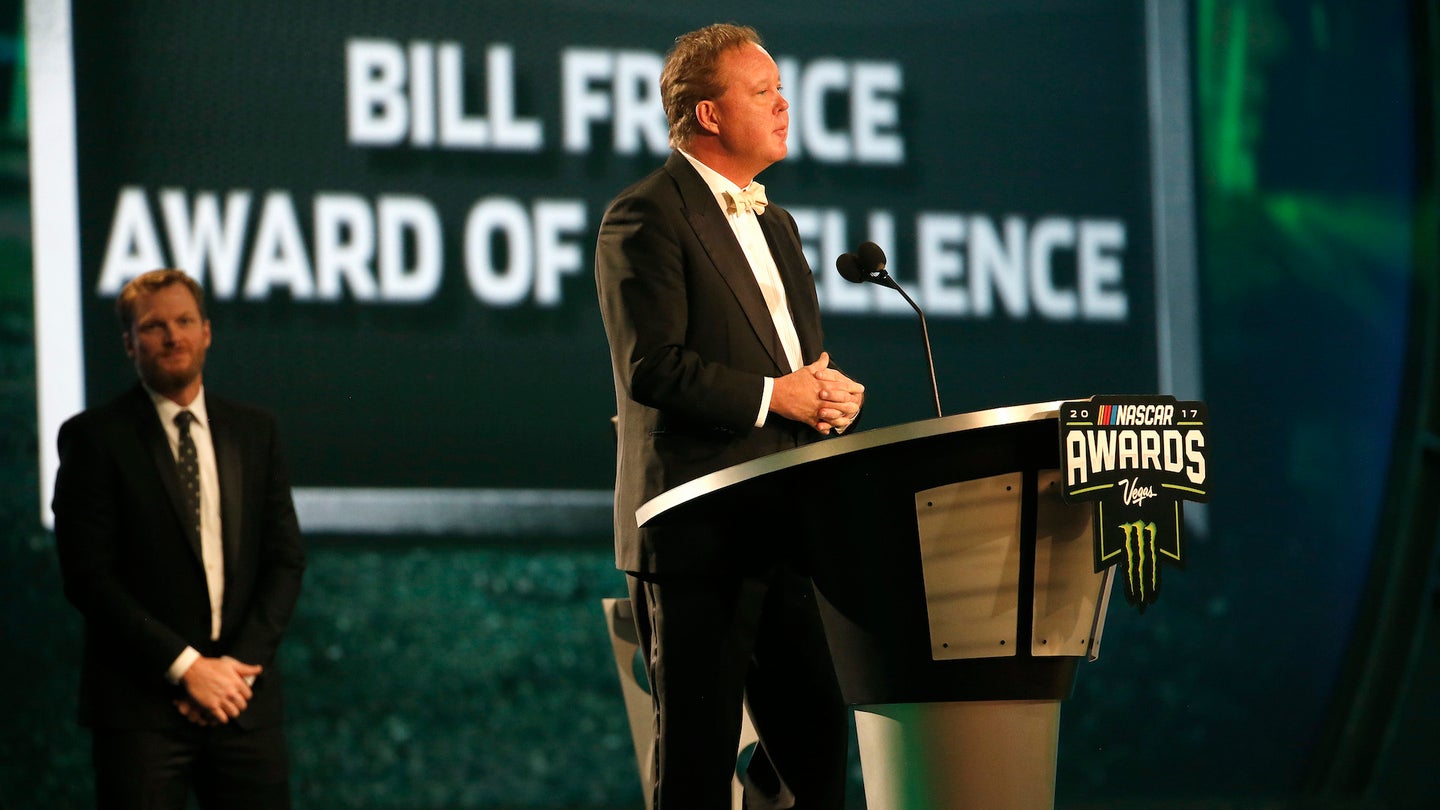 NASCAR's founding family, the Frances, are considering the sale of a majority stake in the auto racing sanctioning body, according to a report from Reuters on Monday. The report cites anonymous sources, and representatives from NASCAR and Goldman Sachs, the investment bank with which NASCAR is possibly working, have declined The Drive’s request for comment.

“This is my 38th year in NASCAR. I’ve been here, making a living since late 1980, and I’ve never even heard rumblings of anything like this,” Larry McReynolds, former NASCAR crew chief and NASCAR on FOX broadcaster said Monday in a roundtable discussion on FOX Sports 1.

Jim France is concurrently a chairman of the sports car racing sanctioning body IMSA, which was founded in the late '60s with assistance from Bill France Sr.

NASCAR’s premier series is the Monster Energy Cup, the most popular stock-car racing series in the U.S. Others include the Xfinity Series and Camping World Truck Series. NASCAR also sanctions local and regional racing leagues including the K&N Pro Series with East and West divisions to boot. Internationally, NASCAR oversees the Pinty’s Series in Canada, Whelen Euro, and Peak Mexico Series.

NASCAR has struggled with declining race attendance and TV ratings in recent years with the decline attributed to an aging fan base, declining interest in automobiles, and frequent rule changes.