Alex Bowman Calls Himself 'Lame' When Asked by Cashier About Dale Jr.'s Retirement

When a grocery store cashier asked him what he thought about the ordeal, Bowman admitted he wasn't all that impressed with his replacement. 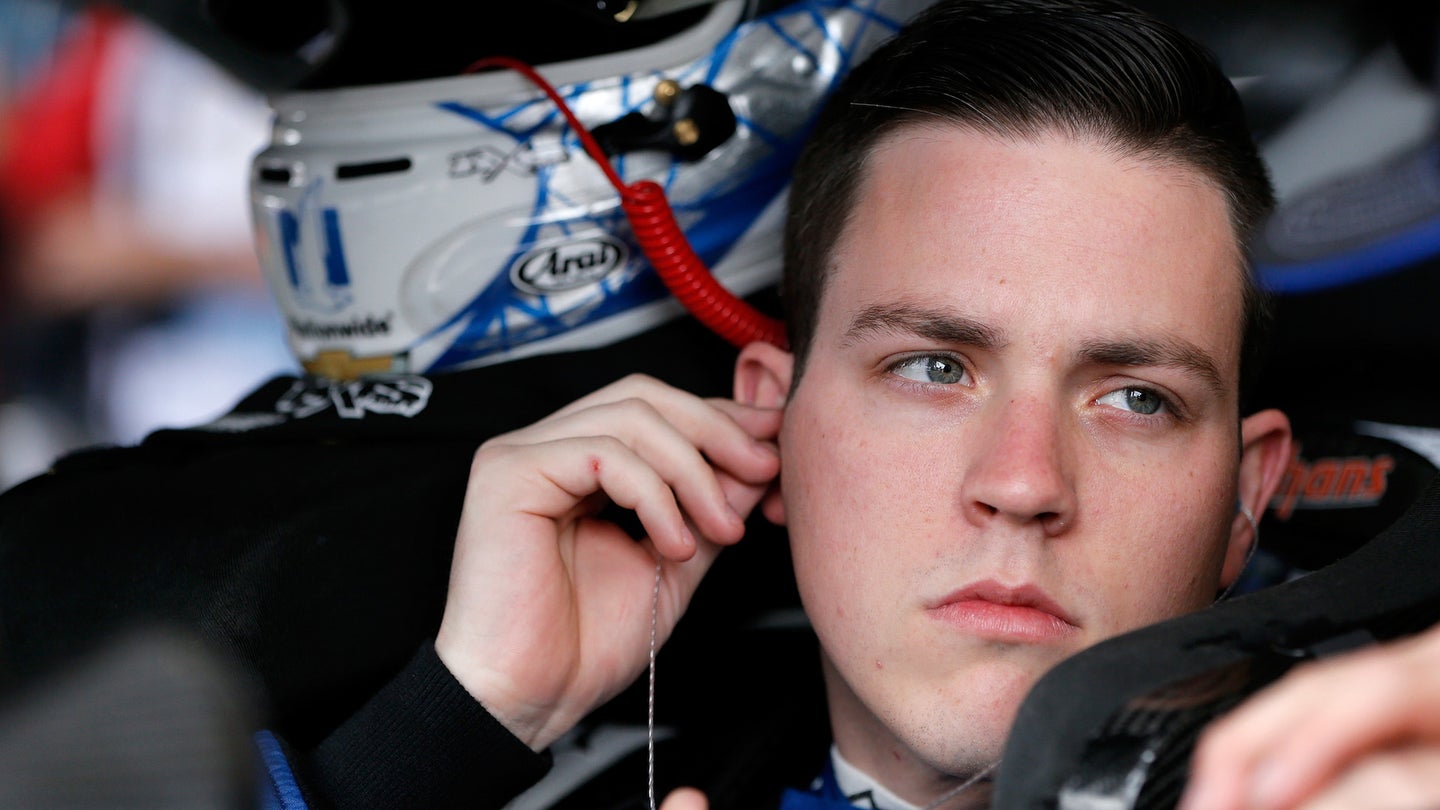 NASCAR driver Alex Bowman thinks Dale Earnhardt Jr.’s replacement behind the wheel of the No. 88 Hendrick Motorsports Chevrolet in the Monster Energy NASCAR Cup Series is “lame." Here’s the catch: Bowman is the driver of that car this year, following Earnhardt’s retirement from full-time competition as a Cup Series driver at the end of the 2017 season.

Bowman expressed his supposed lack of enthusiasm with the new driver of the No. 88 with a grocery store cashier who didn’t recognize him but asked him about Earnhardt’s retirement, according to a post on Twitter.

Maybe some of that lameness stems from Earnhardt’s replacement not being able to spell the last name of a NASCAR legend like Bill Elliott, and therefore, the last name of Hendrick Motorsports teammate, Chase Elliott, Bill Elliott’s son. It was a mistake the younger Elliott pointed out in a Twitter response.

Bowman’s perceived lameness and spelling problem aside, he leads the way for the Hendrick Motorsports camp so far, 10 races into the 36-race season. Bowman is 12th in the points standings, ahead of seven-time champion Jimmie Johnson and difficult-to-spell teammate Elliott in 18th. Cup Series rookie William Byron is fourth among the four Team Hendrick drivers, 20th in the standings.

This season is neither Bowman’s first full year in the Cup Series nor his first stint as an Earnhardt replacement. He ran a full season each for BK Racing and Tommy Baldwin Racing in 2014 and 2015 in addition to running 10 races in 2016 as a substitute driver for a then-injured Earnhardt. This time around, though, Bowman’s not a substitute. He’s a full-on, full-time replacement for Earnhardt. That’s not lame at all.

As far as the spelling issue goes, he was close.