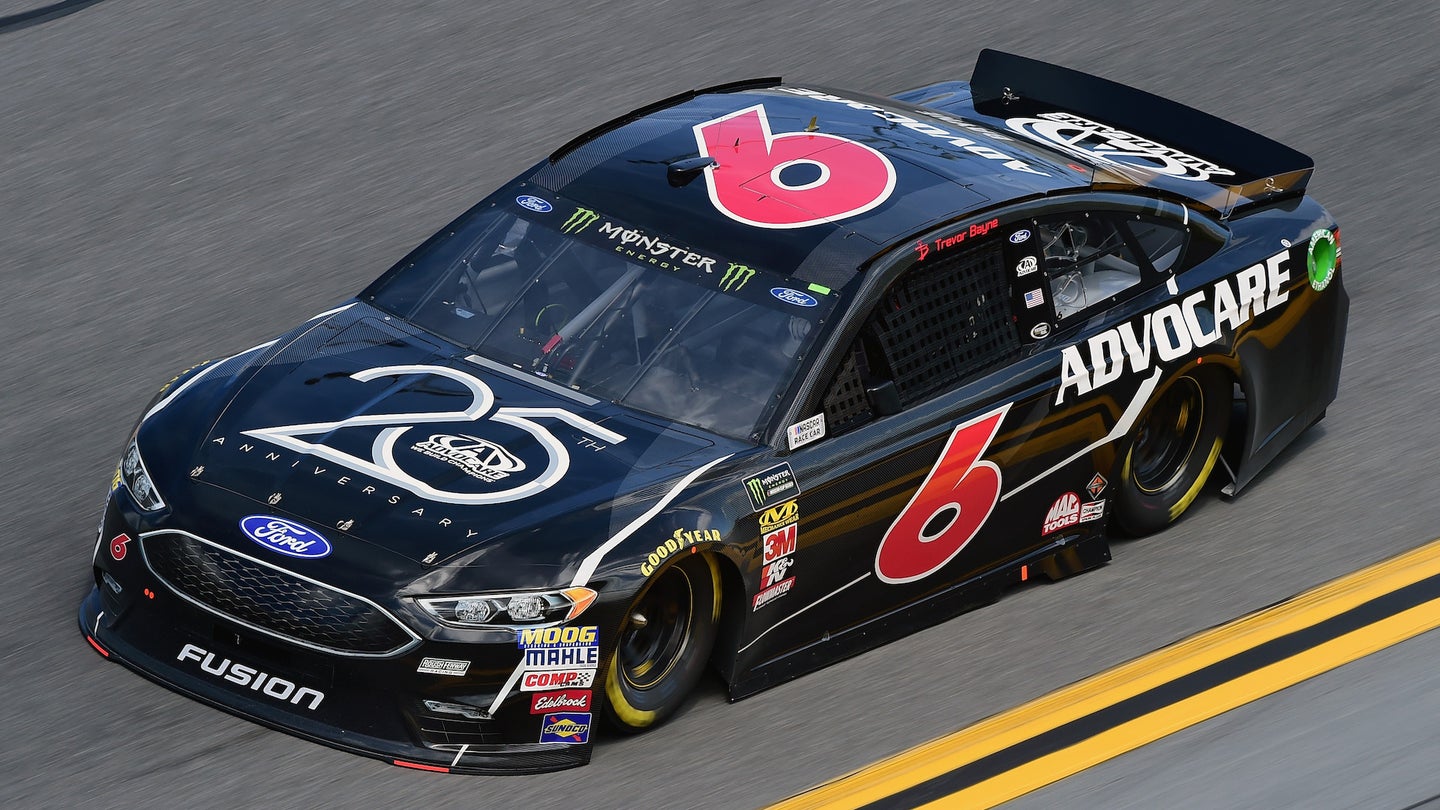 NASCAR driver Trevor Bayne didn’t attend a press conference his Roush Fenway Racing team held April 25. The announcement was that he would be sharing with Matt Kenseth his seat behind the wheel of the No. 6 Ford entry in the Monster Energy NASCAR Cup Series for the remainder of the 2018 season beginning with a May 12 race at Kansas Speedway. Bayne also remained out of the public eye, not speaking of giving up his status as full-time driver of the No. 6, a status he has held since 2015.

Bayne made a statement at Talladega Speedway in Alabama on Friday, two days prior to the running of the Geico 500.

“I appreciate you all coming out here over to the hauler,” Bayne said. "The purpose of doing this is because I know how this works, and I didn’t want everybody wasting their time chasing me around all weekend, trying to get a quote. I have a brand new PR guy inside, and I would like to break him in the right way. I wanted to get you all together to let you know that first of all, my health is 100 percent. I am as fit physically, mentally and spiritually as I have ever been to do my job well.

"The second part is that my desire is still as it has always been since I was five-years-old to come to the track every weekend to contend for wins and championships and be a driver at the top level in the Cup Series. Nothing there has changed. I am still going to pursue that, because I feel I have the ability to do that. Right now, I don’t have much more to add to that. I want to respect your time, and I know you have a ton of questions after everything that has happened this week, but if you could just allow me to come into the garage and talk to my team and work through this weekend, I would love to have that opportunity. I am here to win Talladega, as I had planned to do before any of this. That is what I am going to do. That you guys so much. Again, I want to be respectful to you. Thanks.”

After making the statement behind his race-car transporter, he declined taking questions for the gathered media.

Bayne missed two months of racing in 2011 as he suffered from symptoms of Lyme disease. Then, in late 2013, he announced a Multiple Sclerosis diagnosis.

During the Wednesday press conference that included car owner Jack Roush and Kenseth, the decision to put Kenseth in the No. 6 part-time was made in an effort to improve performance. Roush Fenway Racing, once a NASCAR powerhouse with five Cup Series entries, is a two-car team now, fielding the No. 6 and the No. 17 of Ricky Stenhouse Jr.

Bayne has one career win, the 2011 Daytona 500 as driver of the No. 21 Wood Brothers Racing Ford. He has struggled, otherwise, though. Since climbing into the No. 6, Bayne has competed in 117 races, resulting in only four top-fives and 13 top-10 finishes. Heading into Sunday’s race at Talladega, he is 26th in the series points standings.

Kenseth was available to assist his former team after losing his job as driver of the No. 20 Joe Gibbs Racing Toyota at the end of the 2017 season. He left RFR after the 2012 season for JGR. While with Roush Fenway, Kenseth’s accolades included 2000 NASCAR premier series Rookie of the Year and 2003 series champion. Twenty-four of his 39-career wins came with Roush Fenway.