The struggling team has enlisted the help of Matt Kenseth to revive its competitive chances. 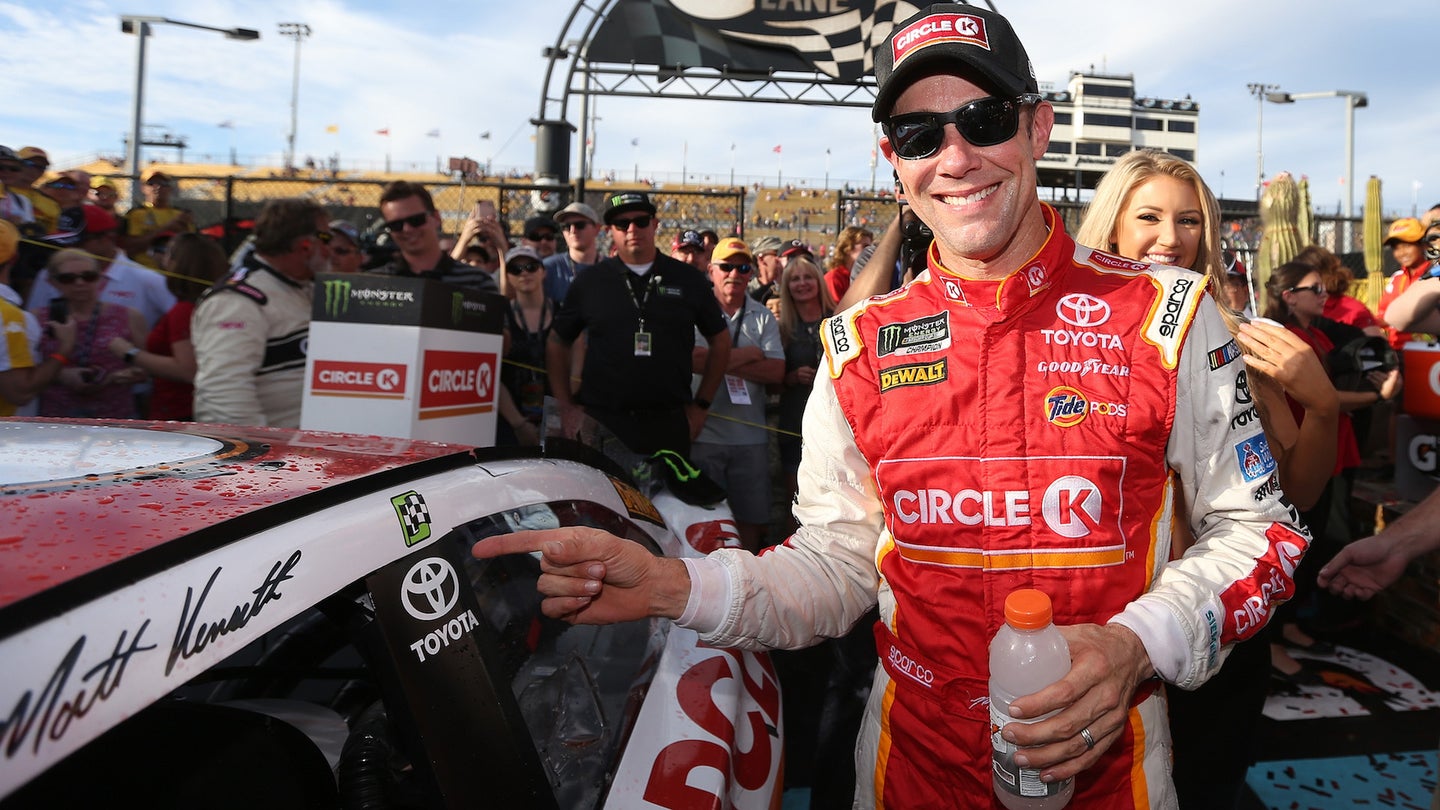 As Roush Fenway Racing continues its quest to end its struggles and get back to its glory days, the race team has turned to one of its former drivers, Matt Kenseth. After published reports breaking the news of a deal between team and drivers, Roush Fenway made an official announcement at the NASCAR Hall of Fame in Charlotte, N.C., on Wednesday, naming Kenseth as a part-time driver of the No. 6 Ford in the Monster Energy NASCAR Cup Series for the remainder of the 2018 season. He’ll share the seat with Trevor Bayne.

“We are very pleased to welcome Matt back to Roush Fenway,” team owner Jack Roush said during the press conference. “Matt is one of the guys who really put us on the map of the racing landscape. He’s one of the most talented drivers to ever sit inside a race car, and his will to win, drive, and determination have always embodied what we strive for as an organization.”

Kenseth’s first race in the car will be the May 12 race at Kansas Speedway. A specific driver schedule for the No. 6 beyond the Kansas race has not yet been set.

Kenseth last competed in NASCAR’s premier series in the 2017 season finale at Homestead-Miami Speedway, a week after winning at Phoenix. He drove the No. 20 Toyota for Joe Gibbs Racing between 2013 and last season before being forced out to make room for the incoming Erik Jones.

Kenseth drove a No. 17 Ford for Roush Fenway Racing through most of his premier-series career, driving the car for five races in 1999 in preparation to go full-time in 2000. He then drove the No. 17 through the 2012 season. During that time, he garnered accolades including the 2000 Rookie of the Year and the 2003 series championship. He also claimed 24 of his 39-career top-series wins during his time with RFR.

“It’s a great feeling to return to where it all started for me in the Cup Series,” Kenseth said. “There aren’t many people who have been more influential in my racing career than Jack Roush and Mark Martin. For them to believe in me today means almost as much as it did when they believed in me the first time, 20 years ago. I’m excited to get to the shop, get back to work, and help Roush Fenway return to prominence in the NASCAR Cup Series."

Bayne has been the full-time driver of the car up to this point in 2018 through nine races. He’ll also be in the car for Sunday’s race at Talladega Superspeedway in Alabama and May 6 at Dover International Speedway. Bayne has been the sole driver of the No. 6 since 2015 but has struggled. He has one career win in the 2011 Daytona 500 while competing part-time for Wood Brothers Racing, but in 117 races behind the wheel of the No. 6 for Roush Fenway Racing, Baynes has only four top-fives and 13 top-10 finishes.

The last few years have been a struggle for Roush Fenway Racing, overall. After the 2016 season, the team that once fielded up to five entries in NASCAR’s top series scaled back to two cars, the No. 6 and the No. 17 driven by Ricky Stenhouse Jr. Stenhouse won two races last year at Talladega and Daytona, but those were the first two top-series wins for RFR since Carl Edwards won at Bristol and Sonoma in 2014. Edwards followed Kenseth to Joe Gibbs Racing after that season.