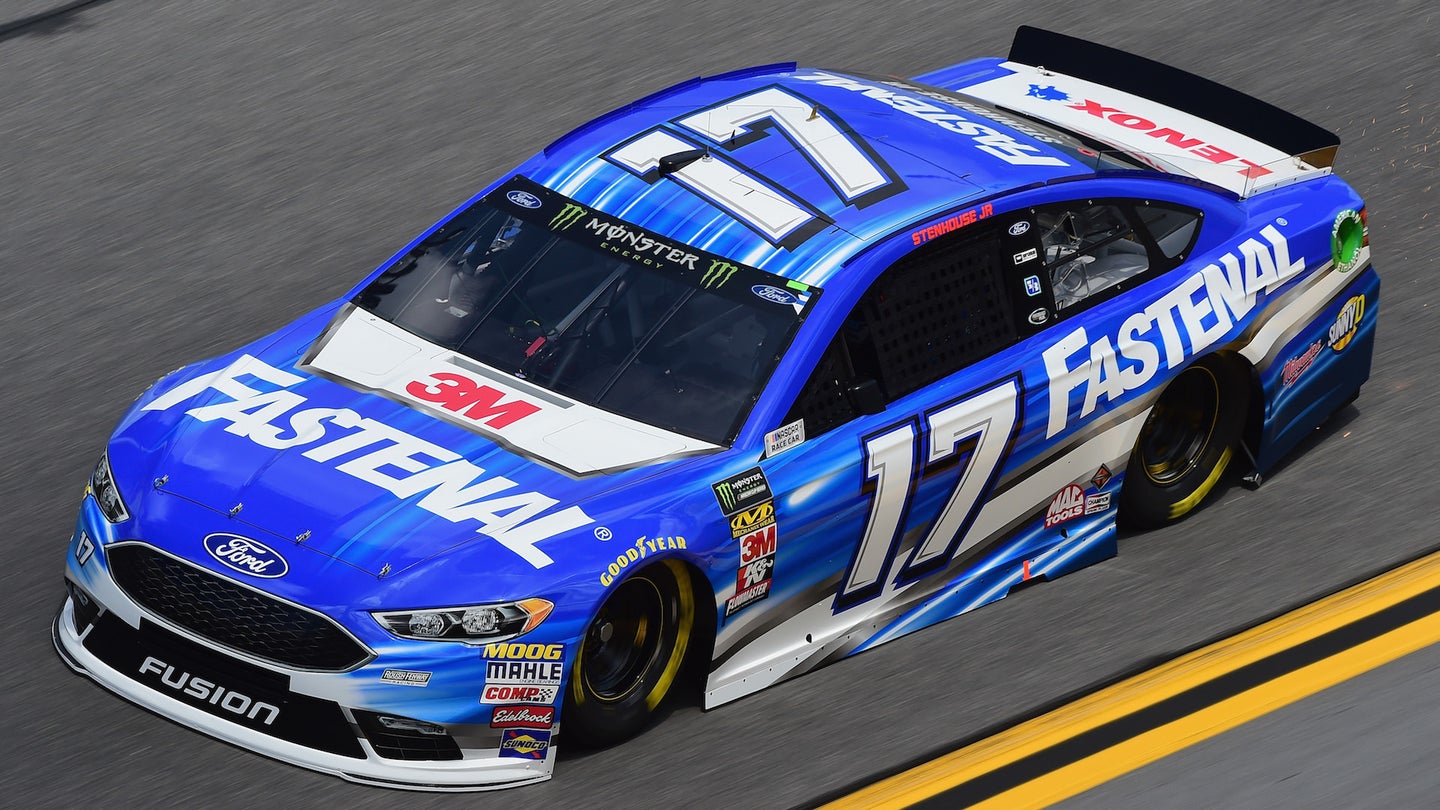 Roush Fenway Racing plans to keep Ricky Stenhouse Jr. behind the wheel of its No. 17 Ford entry in the Monster Energy NASCAR Cup Series through 2021, courtesy of contract extensions. In addition to a deal with Stenhouse, RFR also extended its partnerships with three sponsors of the No. 17 team—Fastenal, SunnyD, and Fifth Third Bank.

“Strong partners are the foundation to the success of any NASCAR team, and we believe that we have the best in the sport,” Roush Fenway Racing President Steve Newmark said in a press release Tuesday. “Every employee of Roush Fenway recognizes what these companies do for us, on and off the track, and we’re honored to have all three of these top-level brands committed to our program for many years to come.”

With the exception of his premier-series debut in 2011 from behind the wheel of the Wood Brothers Racing iconic No. 21 Ford, Stenhouse has been with Roush Fenway Racing throughout his NASCAR national-level career, from the Xfinity Series to the Cup Series. He won back-to-back championships in the Xfinity Series in 2011 and 2012 before car owner Jack Roush promoted him to a full-time top-series gig in 2013.

Stenhouse made the Cup Series playoffs for the first time in 2017 after a regular season that produced his first two career wins in the series on the restrictor-plate tracks of Daytona International Speedway in Florida and Talladega Superspeedway in Alabama.

“It’s an exciting day for everyone here at Roush Fenway Racing,” Stenhouse said to the press. "I’m thankful for all their support over the years, and I’m really looking forward to continuing our partnership with Fastenal, Fifth Third Bank, and SunnyD for three more years. I’m grateful they took a chance on a rookie driver. I look forward to many years to come and hope we can all battle together for a championship.”

The announcement of Stenhouse’s extension comes fresh off his best finish of the 2018 season, as he finished fourth in the Food City 500 at Bristol Motor Speedway in Tennessee on Monday.