The watch company will support the races and hand out branded awards to winners. 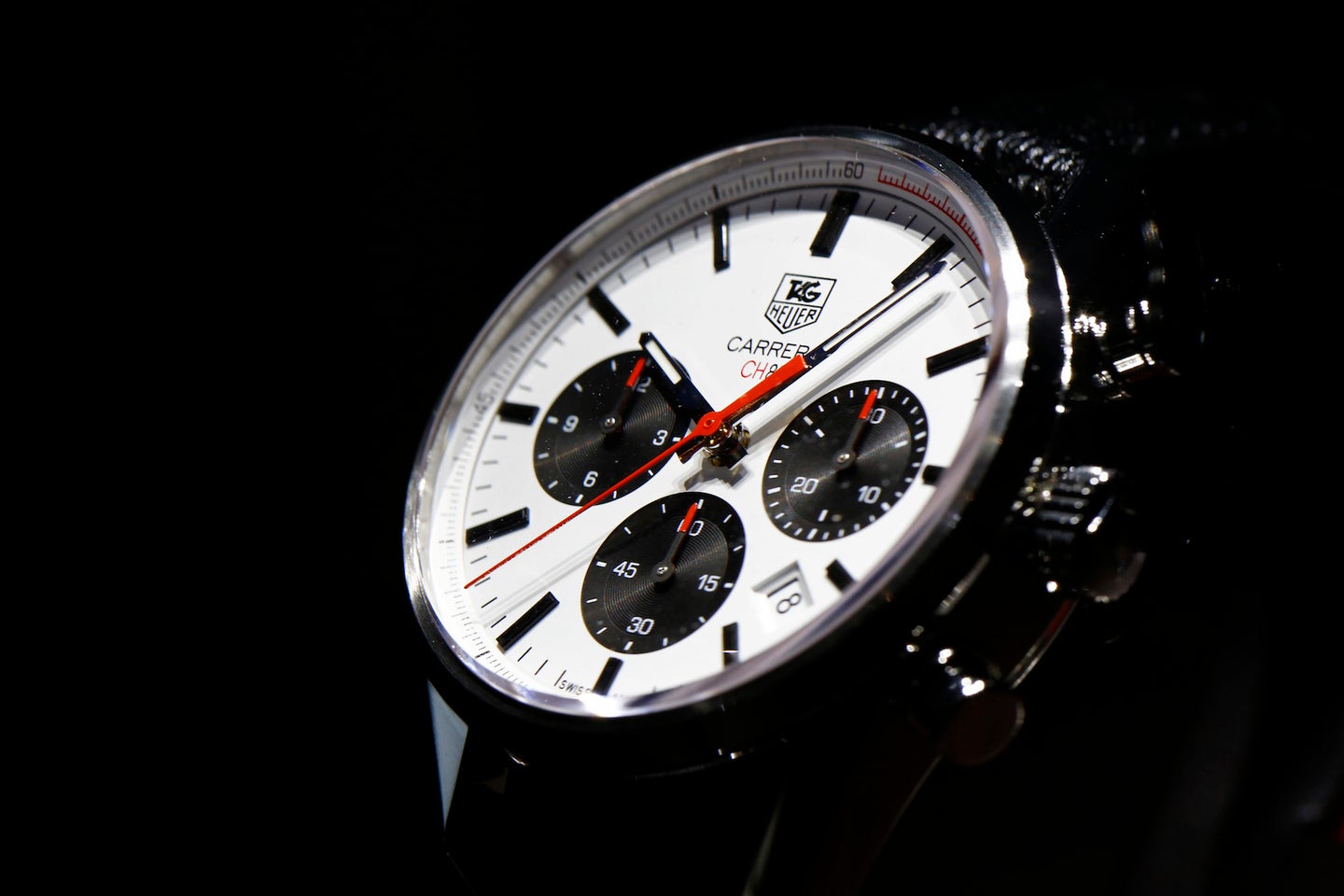 High-end watch company TAG Heuer is sponsoring this year’s WTCR races, with an emphasis on speed. At the end of each WTCR event, TAG Heuer will give out two prizes: The Best Lap Trophy and the Most Valuable Driver Award.

The driver with the fastest lap out of each event’s three races will win “best lap” and the overall winner will receive MVD honors.

The WTCR is a revamped version of the World Touring Car Championship, a change announced by FIA World MotorSport this past December. The updated model features three races per event, compared to the WTCC’s two races, and drivers can race cars with a max of 350 horsepower instead of 380 hp.

“This is a good, good win—especially because I am the oldest,” Tarquini said. “They talk about my pension, but here I am, still learning and still enjoying my racing.”

WTCR will display each MVD winner on its social media accounts immediately after the race, and from the looks of it, so will TAG Heuer. TAG Heuer also gifted Tarquini with a chronograph-inspired Formula 1 watch worth around $2,000. Each MVD will receive one of these exclusive models at future races.

TAG Heuer will also promote its #dontcrackunderpressure campaign, a slogan created in the '90s that the company has used to promote sports like soccer, tennis, and of course, racing.

"Sport is emotion, it is success, joy, hope, endurance, performance. All the qualities that are also found in a TAG Heuer watch,” said TAG Heuer CEO Jean-Claude Biver in a statement.

TAG Heuer has partnered with the race series since 2016, but the brand will amp up the volume this year, said Francois Ribeiro, who reps WTCR’s PR company EuroSports Events.

“It’s a concept that brings massive U.S. sporting disciplines, such as the NBA and NFL, to the race tracks of the world,” he said. “It’s going to be very exciting watching drivers battle it out over a weekend to be the TAG Heuer MVD.”

TAG Heuer is no stranger to the racing game. The LVMH-backed company created the first stopwatch for race cars in 1933, and now creates watches that resemble chronographs. Swiss Formula 1 drivers Clay Regazzoni and Joe Siffert were both fans of the expensive watches alongside many others. TAG Heuer has since sponsored Aston Martin, the Indy 500, Gran Turismo video games, and Gulf Petroleum among other companies.

WTCR, which will feature 10 races this season, continues in Hungary later this month, followed by races in other parts of Europe, South America and Asia. The last race will take place at Macau’s 3.8-mile Guia Circuit in November.