A fire that broke out in the Bahrain International Circuit campus days before race weekend was extinguished; race preparations resume. 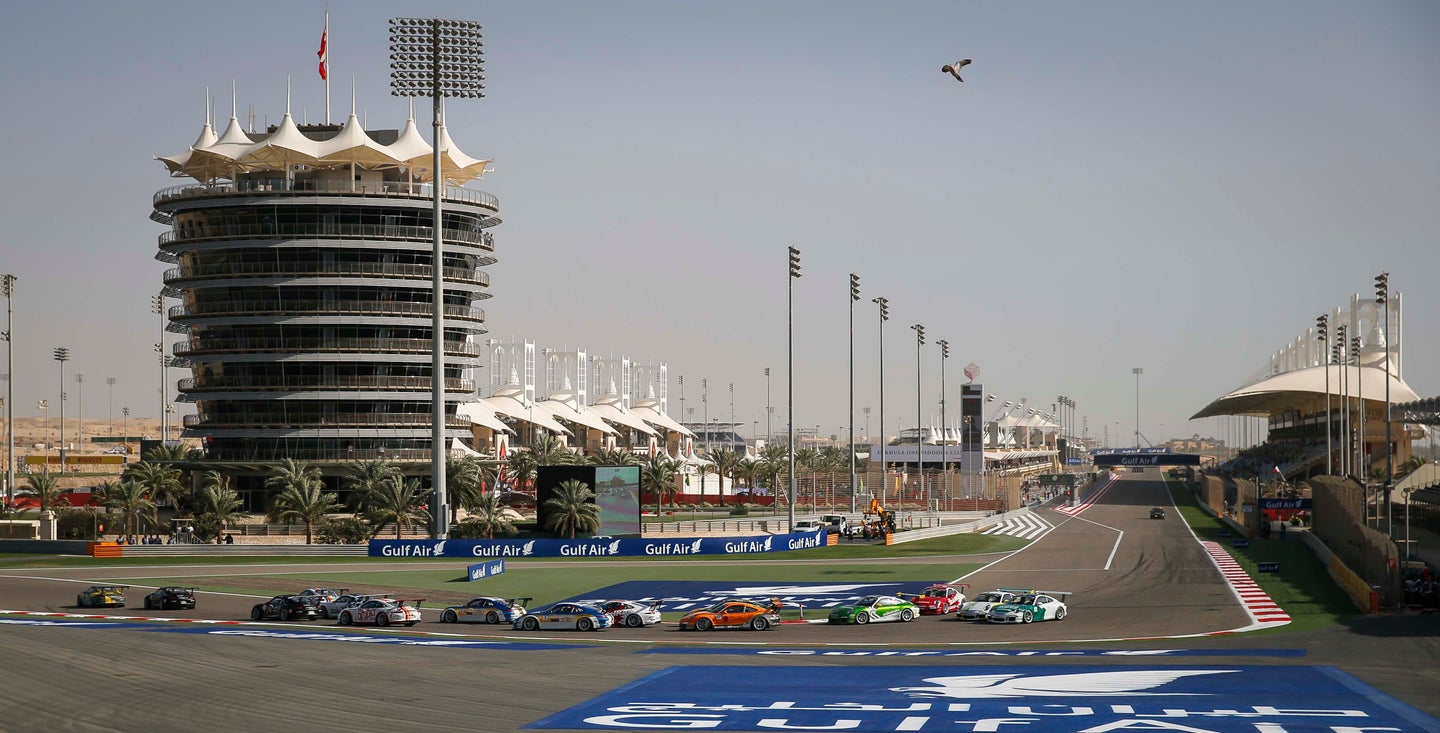 Just days ahead of the Bahrain F1 Grand Prix, scheduled for this Sunday, April 8, 2018, a fire broke out in the Grandstands of the Bahrain International Circuit campus, as reported by the automotive website crash.net.

According to the website, "Bahrain International Circuit officials confirmed there was a small fire underneath the main Grandstand on Wednesday following an electrical overload." They quoted the authorities stating, “It turned out there was a problem with the aircon which put some storage rooms on fire.” And added, “Nobody got hurt and the fire was under control within one hour. It will not affect the Grand Prix of Formula 1 which will be held this weekend.” This means the Grandstand seats that you perhaps purchased, remain hot property. The only picture of the fire available to us was is the one seen below, pilfered from sportvideos.tv.

Thankfully, as the race preps resume, we can look to Australian GP winner Sebastian Vettel as he makes his 200th grand prix start in Bahrain this weekend. Arch rival Lewis Hamilton also reaches a milestone becoming the first driver in F1 history to record 100 starts for two teams this Sunday—110 starts for McLaren and 100 for Mercedes. And it will be interesting to see whether Hamilton will avenge his loss in Australia.

Currently, Vettel leads the 2018 F1 Driver’s Standings with 25 championship points, while Lewis Hamilton in his Mercedes-AMG F1 car trails with 18 points and fellow Ferrari driver Kimi Räikkönen is hot on their heels with 15 points.