Texas Motor Speedway Gets Ready for NASCAR With 'Tire Dragon' 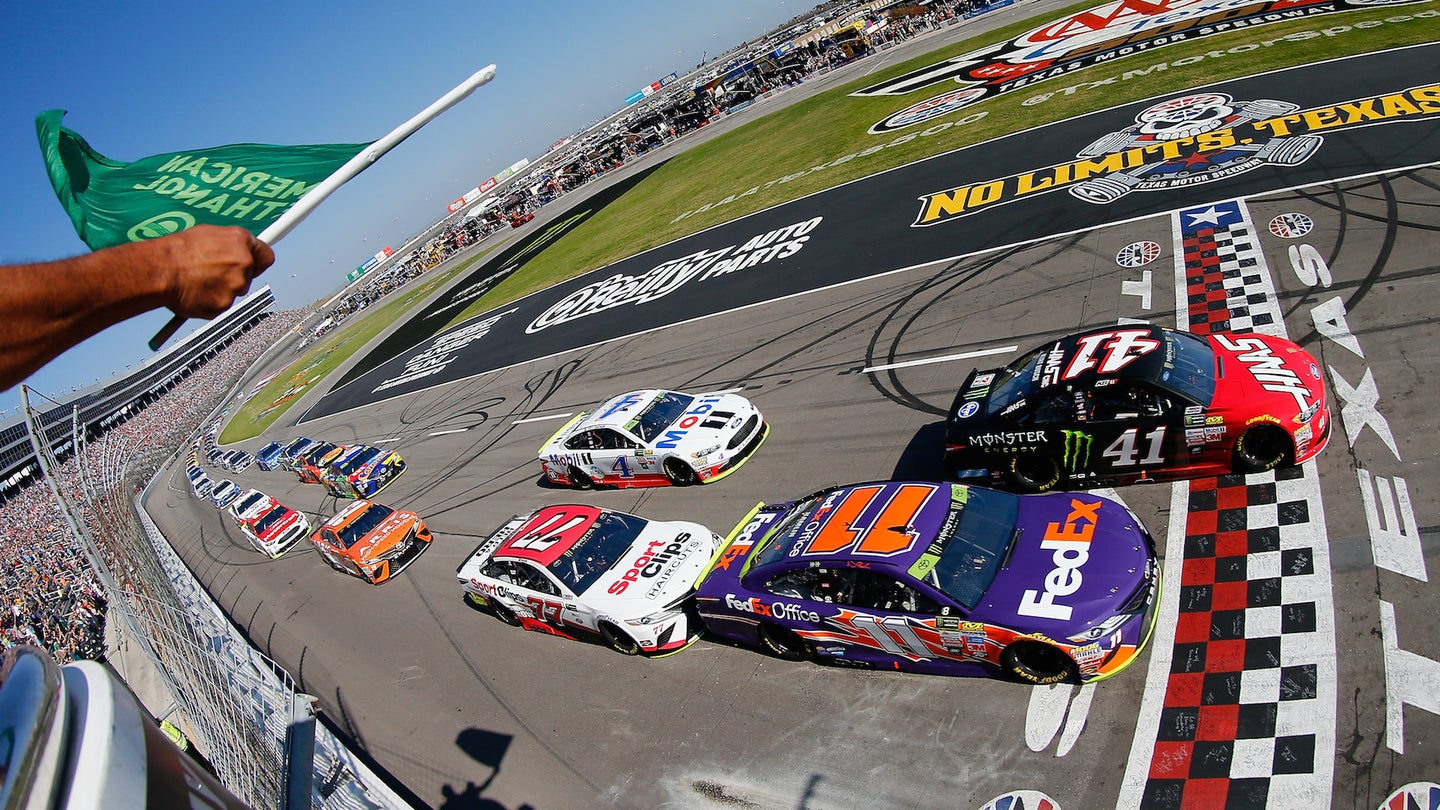 The Monster Energy NASCAR Cup Series and NASCAR Xfinity Series head to Texas Motor Speedway this weekend for a doubleheader that will culminate in Sunday’s running of the O’Reilly Auto Parts 500 for the Cup Series. And the track is preparing for its first NASCAR weekend of the year with a contraption called a "tire dragon."

The tire dragon is four tires mounted on the back of a tractor and is used to apply rubber to a racing surface and has been used at various NASCAR-sanctioned tracks the last couple of years after a repave. Previously, racing was lackluster at tracks immediately after repaves, improving several years later as the racing surfaces wore. The tire dragon has been among the tactics used by recently repaved tracks to eliminate that wait time.

Sunday’s O’Reilly Auto Parts 500 will be the third NASCAR premier-series race at Texas Motor Speedway since a repave ahead of the 2017 racing season.

Texas Motor Speedway President Eddie Gossage announced via Twitter on March 30 that his track was preparing for its first NASCAR race weekend of the year by using the track dragon, along with a track monster.

Cup drivers, including Kyle Larson, then lobbied for the dragon to be used higher up the track to create a racing groove near the outside retaining wall, and Texas Motor Speedway listened.

The My Bariatric Solutions 300 race for the Xfinity Series is scheduled to take the green flag at approximately 3 p.m. EST Saturday. Sunday’s O’Reilly Auto Parts 500 is slated for an approximate 2-p.m. start.