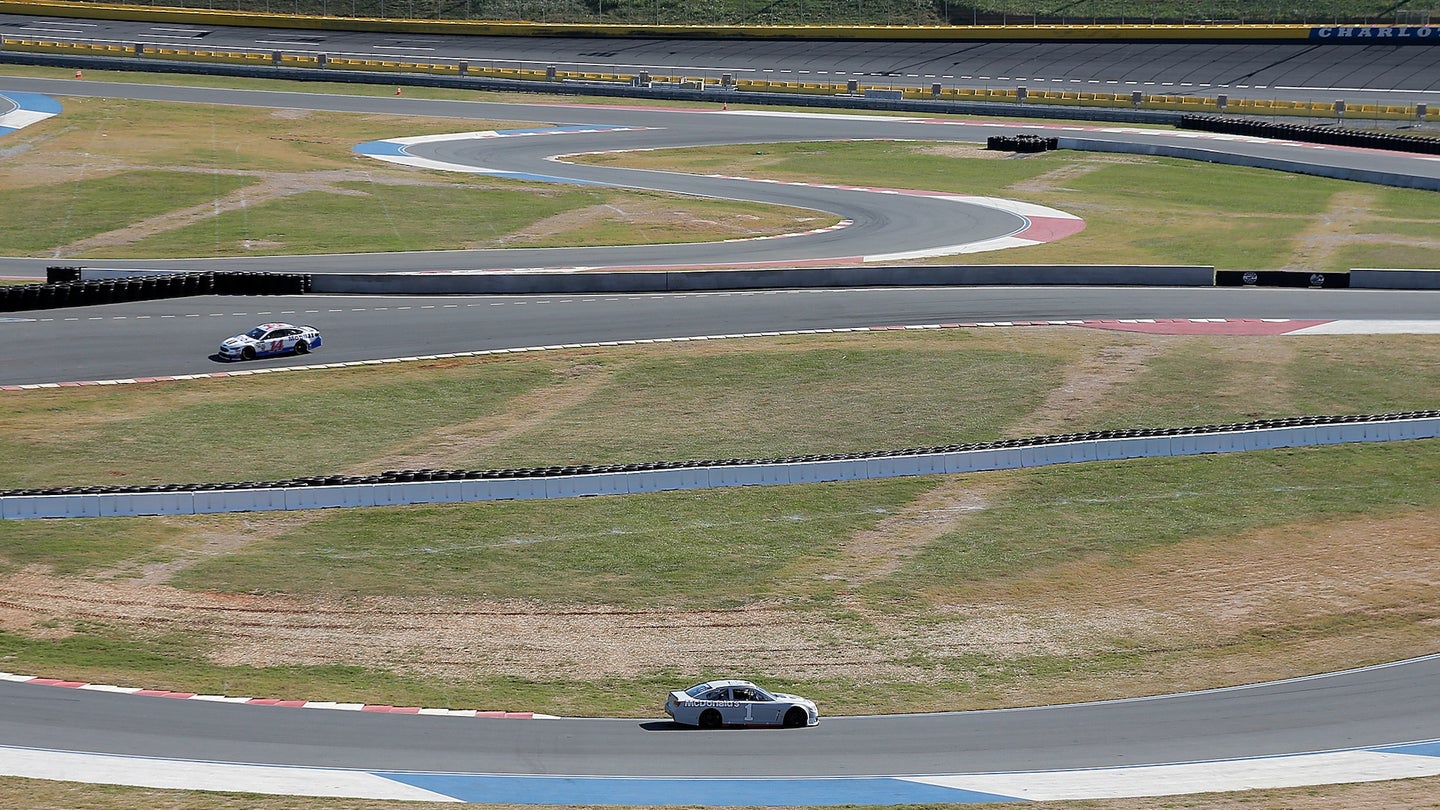 Charlotte Motor Speedway is a regular stop on the yearly Monster Energy NASCAR Cup Series schedule, with the series racing there twice in May with the running of the Coca-Cola 600 and the All-Star Race and again in the fall, Sept. 30 this year, during the 10-race playoffs. But when the Cup Series makes its fall visit to the track, it’ll encounter something the series never has before, a race on a “roval”—a hybrid of the facility’s oval and its infield road course.

The fanbase had been asking for a playoff race on a road course, and NASCAR views the Charlotte “roval” race as the next thing to it. After all, it adds something like a road-course race to the playoffs, without taking a race away from Charlotte Motor Speedway. The race will retain the moniker of Bank of America 500, despite the different format.

NASCAR attempted its latest test of the “roval” on Tuesday and Wednesday, but rain put a damper on those plans. After a lengthy delay on the opening day of the test, four drivers—Trevor Bayne, Kyle Larson, Paul Menard and Kyle Busch—were able to make laps. Wednesday’s scheduled on-track time was scrapped, though, because of the rain and tentatively rescheduled for May 1.

Bayne spent the available track time getting acclimated to the course at slower than racing speed.

"I just took some slow pace laps and got a feel for the race track," Bayne said during his media availability at CMS. "I was nervous, but I wasn't anxious because I was never going to go out there and make qualifying laps. We worked our pace in and our plan, we stuck to it. I felt really good by the end of the day."

Despite taking it easy, he came to the conclusion that NASCAR’s latest course will present a challenge to drivers in late September.

"You have to be on your game, that's for sure,” Bayne said. "You can't really let your guard down anywhere. There's no room to make mistakes. If you make a mistake, you're going to pay for it pretty quickly. If you try to do something and it doesn't work, you'll pay the price. It's going to be a survival race ... If you're smart, you take care of your car and you don't make mistakes, you'll have a really good shot at the end for a good finish. I enjoyed it. It was a challenge for me—something new—and I enjoyed that part of it.”

The layout of the new “roval” has been tweaked multiple times since the announcement of it late last year. On Tuesday, Charlotte Motor Speedway President and Speedway Motorsports Inc. CEO Marcus Smith (@MarcusSMI) tweeted a diagram of the latest, and expected final, layout. The number of turns has been reduced from 18 to 17 and the full length has been reduced from 2.42 to 2.28 miles.