Jimmie Johnson 'Not Done Yet' After 17 Seasons in NASCAR

Jimmie Johnson is losing his sponsor at the end of the year and his crew chief's status beyond 2018 is in doubt, but the driver says he's not finished. 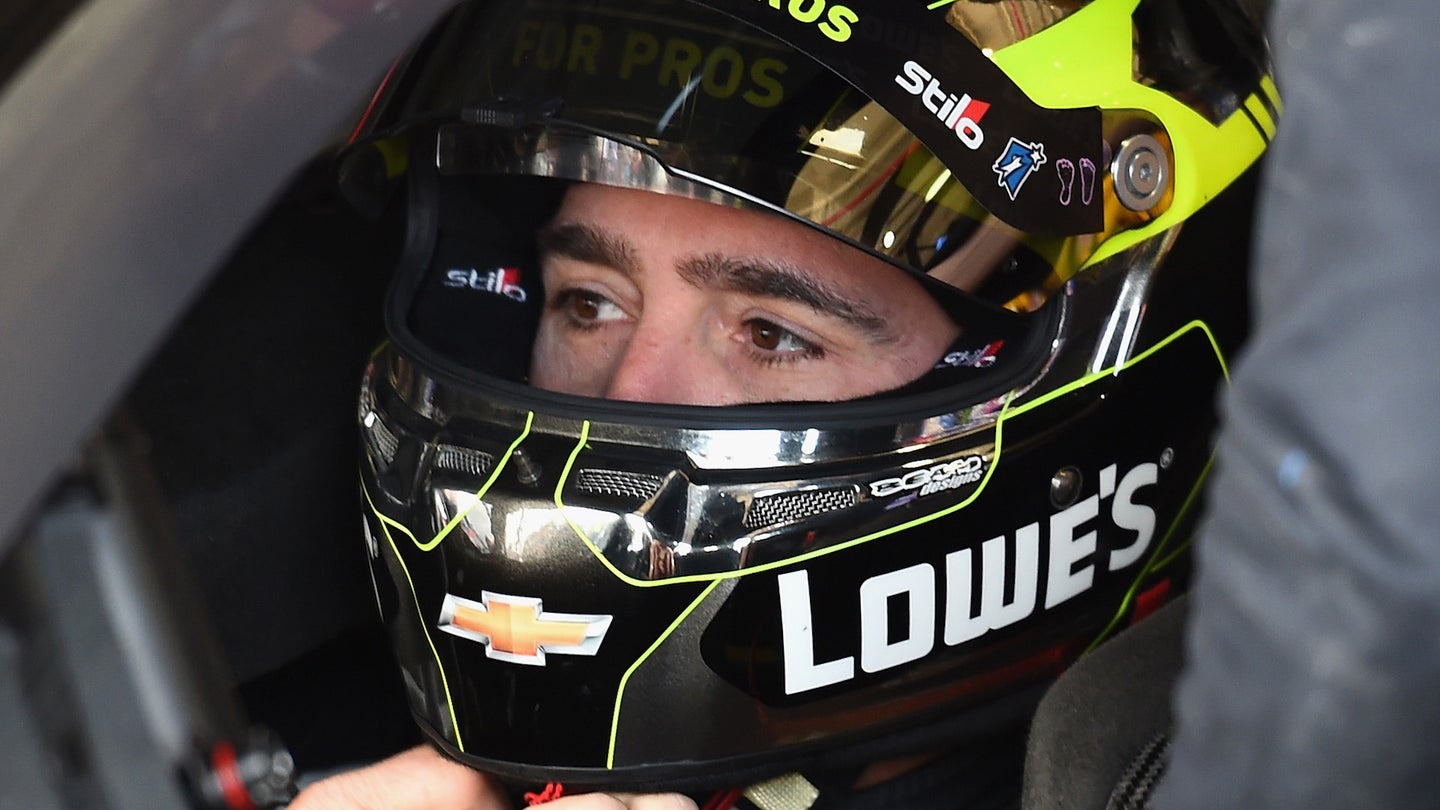 Seven-time NASCAR Cup Series champion Jimmie Johnson is losing longtime sponsor, Lowe’s, at the end of the 2018 season, and the status of his seasoned crew chief, Chase Knaus, is up in the air as 2018 is the final year on Knaus’ contract with Hendrick Motorsports with no extension yet reached. However, Johnson is under contract with HMS through 2020 and the seven-time champ is adamant that he’s “not done yet.”

“I’m not done, man,” Johnson said during a media conference at Auto Club Speedway in Fontana, California on Friday ahead of Sunday’s Auto Club 400. "Do you want me to go away?”

Johnson embarked on Cup Series racing in 2001 with a three-race schedule, going full-time the following year. Lowe’s has been with Johnson since that three-race schedule that kicked-off his historic Cup Series career, while Knaus came onboard for the first full-time season with Johnson in 2002, and together, they’ve made or at least matched history.

"If you look at Chad’s contract, it has nothing to do with Lowe’s and where they are,” Johnson said. "It’s been on its own path and its own journey. Just because a sponsor is changing doesn’t change his environment. I’m the elder statesman in a company with three young guys [teammates Chase Elliott, Alex Bowman and William Byron]. If I was to have this be the end, put Hendrick Motorsports in a very awkward position, and I don’t know. There are just a lot of different ways I could look at it and say that it’s the absolute wrong time. But I guess at the end of the day it’s really my desire to compete and to compete at a high level. I’m not done yet.”

Meanwhile, Johnson says he’s involved in the search for a sponsor to back him and his No. 48 team.

“Yeah, in just the day or two that the announcement has been out, I’ve been heavily involved,” Johnson said. "I’ve met a lot of folks along the way and have great connections myself. And as Hendrick Motorsports ramps on their side, I know that they would like me involved and I know that I want to be involved. This is a really unique opportunity, and it’s also a great learning and growing moment for myself. When I started at I guess, 25, and Lowe’s came on board, it was just a totally different environment back in ’01 and ’02 when that all started. I want to be involved in this process and learn along the way. And maybe a relationship or two that I have made over the years will come to fruition and maybe help with sponsorship, too.”

Since joining Hendrick Motorsports, Lowe’s, and Knaus, Johnson has put his name in the NASCAR history books. In 2016, he tied NASCAR Hall of Famers Richard Petty and Dale Earnhardt for most premier-series championships with seven and posted 83-career wins, so far placing Johnson sixth on the all-time wins list trailing Petty, David Pearson, Jeff Gordon, Darrell Waltrip, and Bobby Allison, all NASCAR Hall of Famers, except Gordon who is nominated for 2019 inducted and expected to become a first-ballot Hall of Famer.

Johnson has struggled, with those struggles going back to the 2017 season after winning three races early on and continuing into the first four races of 2018, but Johnson isn’t ready to throw in the towel, just yet.

"I feel like we’ve had top-10 cars in the last couple of weeks,” Johnson said. “Unfortunately, some circumstances during the race took us out of the top-10, and we’ve kind of fought our way back close to the top 10."

And Johnson isn’t planning on fading into the sunset when his NASCAR-driving career concludes, be that after the 2020 season or later.

"I plan to keep racing. It might not be in NASCAR full-time, but I have many other series and types of cars that I want to race in, and a lifestyle that I want to live, and even doing fitness-related events, mountain bike races, and triathlon races and stuff like that,” Johnson said. "I’m going to stay active and busy. There could be a fit for the right lifestyle brand of sorts,  maybe, or just a brand in general."