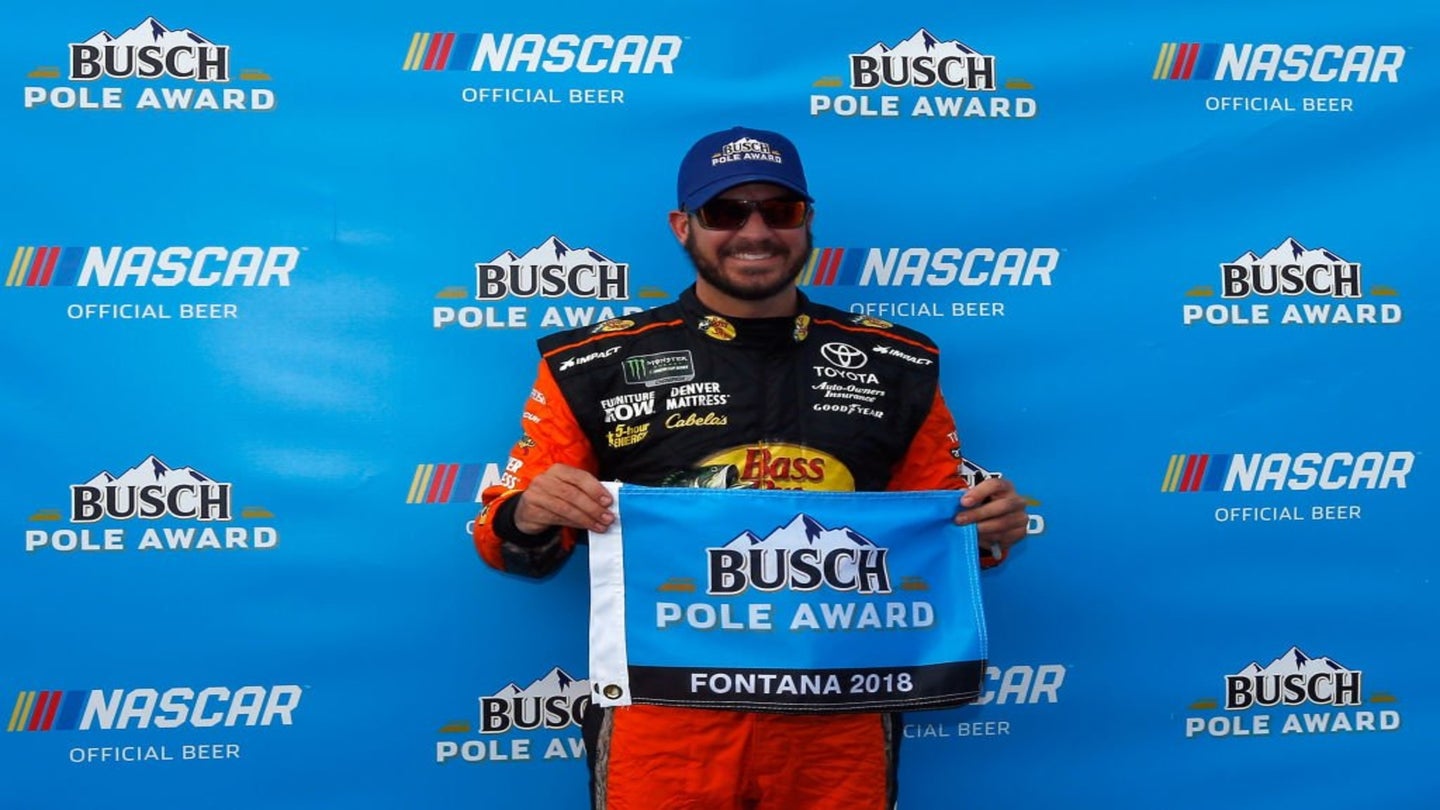 Seven races into the 2018 NASCAR season, reigning Monster Energy NASCAR Cup Series champ Martin Truex Jr. hasn't taken a checkered flag, but he won his second pole of the season at Auto Club Speedway for the Auto Club 400. Truex Jr. won the pole, his 17th career, by achieving a lap time of 38.592 seconds and averaging a speed of 186.567 miles per hour in his No. 78 Toyota Camry.

The pole position was not only Truex’s second of the season, it was his second straight as he grabbed pole in last week’s TicketGuardian 500 race at Phoenix. He earned this pole position while dodging the inspection issues that plagued the field.

During time trials only 24 of the 37 cars entered pass inspection and made qualifying attempts. NASCAR's Senior Vice President of Competition Scott Miller discussed what was happening at the inspections with FOX Sports.

“Well, the first time through, there were a lot of failures at all the stations. It was basically kind of split between chassis, weights and measures, and the body scan. Second time through, most of it has been centered around the actual body scan itself." Miller went on to acknowledge that Auto Club Speedway is the most aerodynamic track they been to, so to him it was no surprise to him that the teams would be pushing the limits at this track.