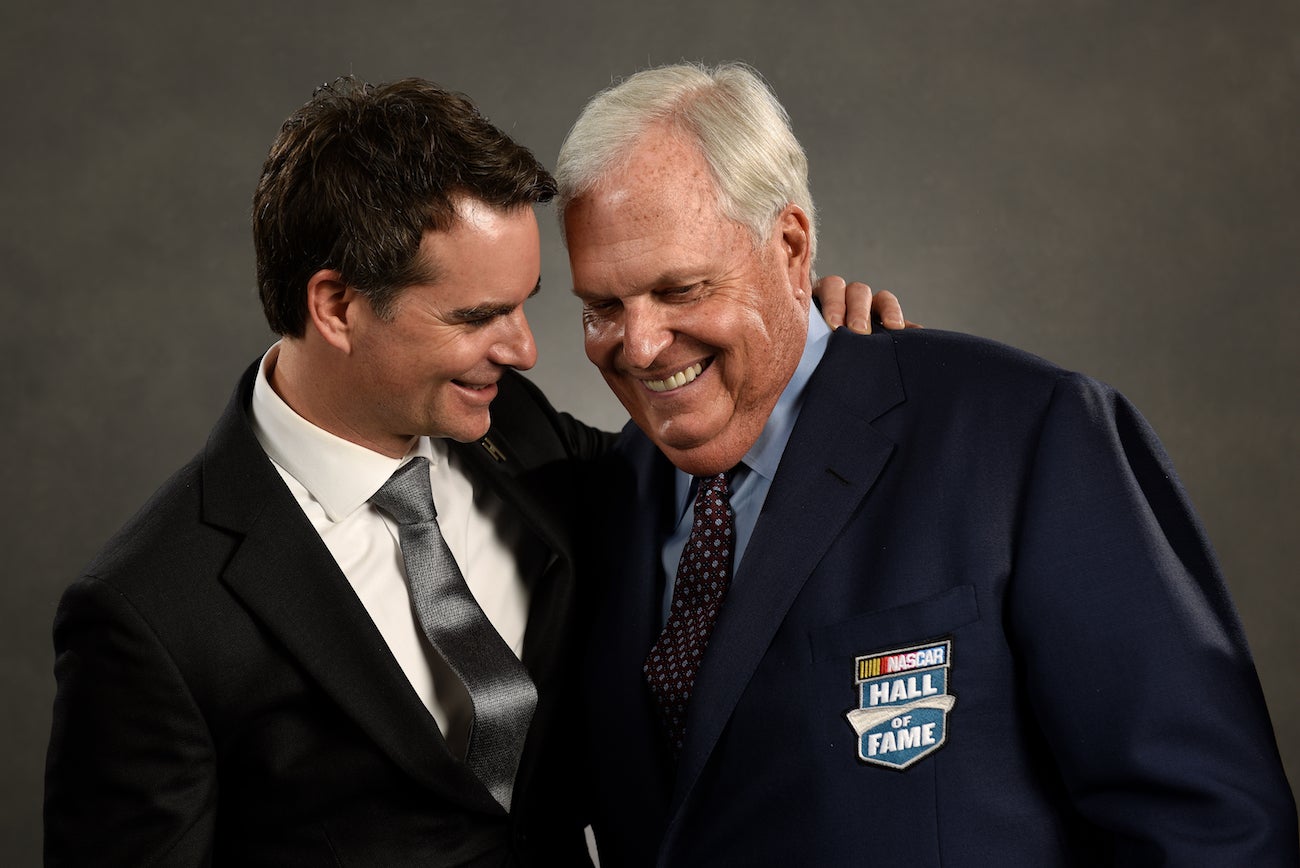 NASCAR recently announced its list of nominees to be considered for 2019 induction into the NASCAR Hall of Fame in Charlotte, N.C. With each year, the task of choosing five inductees from the list of nominees gets more and more difficult for the Hall of Fame voting panel; choosing four of the five for 2019 probably will prove to be equally difficult. There is one seemingly clear-cut choice for 2019 induction, though—Jeff Gordon.

“I’m going to ask Dale Jarrett to read my speech, if that happens,” Gordon jokingly said at the 2018 induction ceremony, which he attended to induct friend and longtime crew chief Ray Evernham. He was referring to Jarrett’s reading, on video, of 2018 inductee Robert Yates’ acceptance speech. Yates died of cancer between the announcement of his induction last year and the 2018 ceremony in January.

Gordon was one of five new individuals added to the list of nominees for 2019 induction consideration, with the 2019 NASCAR Hall of Fame class being the first for which he is eligible as a recent 2015 retiree. Prior to the announcement of the inductees for next year’s ceremony, Gordon was considered a shoo-in for nomination as soon as he was eligible. Now that that has happened, the case for Gordon to go on to become a first-ballot Hall of Famer is pretty cut-and-dry.

“There is no question Jeff will be a first-ballot Hall of Famer,” NASCAR Hall of Famer Darrell Waltrip, who works with Gordon at FOX Sports, said. "Why will he be voted in? Because he is eligible, and there is not a single legitimate argument that can be made as to why he should have to wait. Jeff has no negatives against him.  He started the youth movement that truly introduced our sport to a lot of young fans at a crucial time and is credited with helping grow the fan base exponentially. Plus, he helped car owners see they didn’t have to hire only veteran drivers with 20 years of experience. They can hire a young driver and still hit a home-run. Just ask Rick Hendrick.”

Only three drivers—Richard Petty, Dale Earnhardt, and Jimmie Johnson—have more championships in NASCAR’s premier series, each with seven to Gordon’s four. Petty and Earnhardt were part of the first NASCAR Hall of Fame induction class. Johnson isn’t in yet, but that’s because he’s not eligible as he's still an active driver.

Then, there’s the matter of Gordon’s premier-series wins tally. He has 93 top-series wins, third on the all-time wins list, behind only Petty and David Pearson. As previously mentioned, Petty’s in the Hall of Fame, as is Pearson.