The Frenchman thinks that Maranello's unique privilege should be taken away amidst Libert Media shakeup. 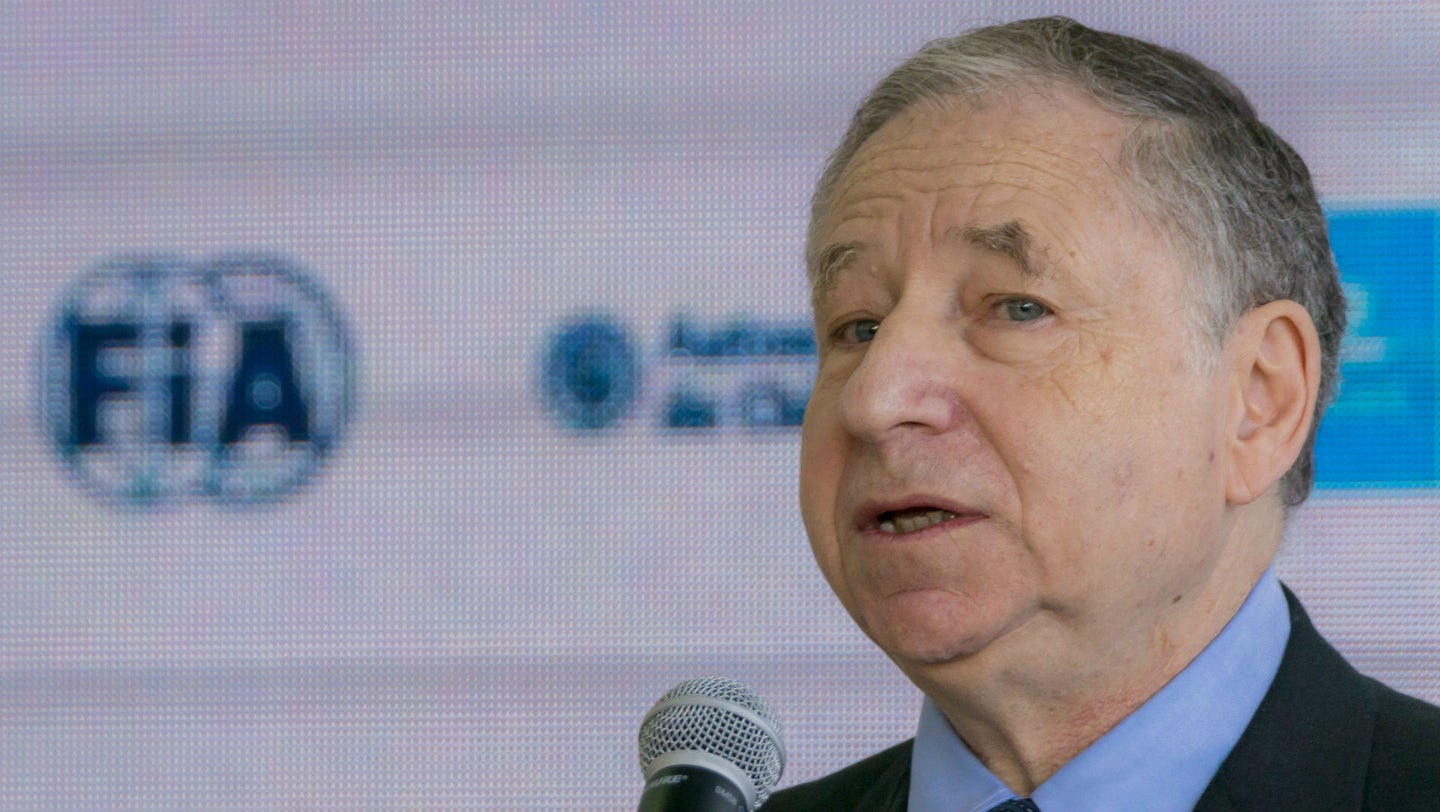 Unlike any other Formula 1 constructor, Ferrari has the controversial privilege to veto new organizational rulings as part of its legacy within the sport. The team has exercised this right in the past and has more recently threatened to utilize it once again after being at odds with Liberty Media's planned shifts for the series' direction. Many parties and figureheads surrounding the motorsport community have voiced their disapproval of this special ability, but since it's written into F1's official rulebook, it can't be easily retracted. However, FIA President Jean Todt says that it'd be worth the trouble to withdraw Ferrari's explicit influence in light of the forthcoming era of F1.

Headlines broke in the latter part of 2017 when Ferrari said that it would consider vetoing Liberty Media's newly proposed engine rules for 2021 and beyond. This revived the argument that had been dormant since 2015 when the Maranello manufacturer put a halt to an amendment that would place a cap on powerplant and transmission costs.

Todt expressed his stance to the media in London this week, stating that the veto power is outdated after being in place for 30+ years.

"The veto was at the time of Enzo Ferrari, and he was isolated in Maranello," explained Todt. "That was the only team supplying engine and chassis against some other teams that were all powered by Ford."

"So at this time, it was decided that being away from what is called the silicon valley of motorsport, they needed to have a protection. That is the story about the veto."

"But personally, I feel now I am not in favor of that. Times have changed."

Todt himself served as Scuderia Ferrari's General Manager from 1994 to 2007, and after that, the brand's CEO in 2006. Upon taking over as President of the FIA five years ago, he admitted that he was cautious to extend the team's veto abilities when renewing the Concorde Agreement for 2013-2020, but as everyone else on the board agreed, Todt decided to as well.

"I was the only one against. The only one," he said. "I remember it was a meeting in Paris at the Place de la Concorde, in the FIA headquarters. It was the commercial rights holder. All the teams were there. And I said what is the position of the veto for Ferrari? They said 'it was fine for us'. So it would have been inappropriate for me alone to say that I am against the veto right to Ferrari. The only thing is we modified the wording of it. So that is part of the answer."

While he stands against the Scuderia's rulemaking impact, Todt does believe its fair that Ferrari should receive an increased share of revenue in comparison to other teams. As it stands, the Italian outfit is one of only three that splits what is known as the Constructors' Championship bonus fund; this alone awards Ferrari at least $30 million annually. It is then treated to five percent of Formula 1's profits off the top, formerly netting it nearly $100 million during the Ecclestone age.

"For me, is it normal that Leonardo DiCaprio gets more money than a TV series actor? Yes, it is normal. So, again that is life. The better you are, the more money you should get."