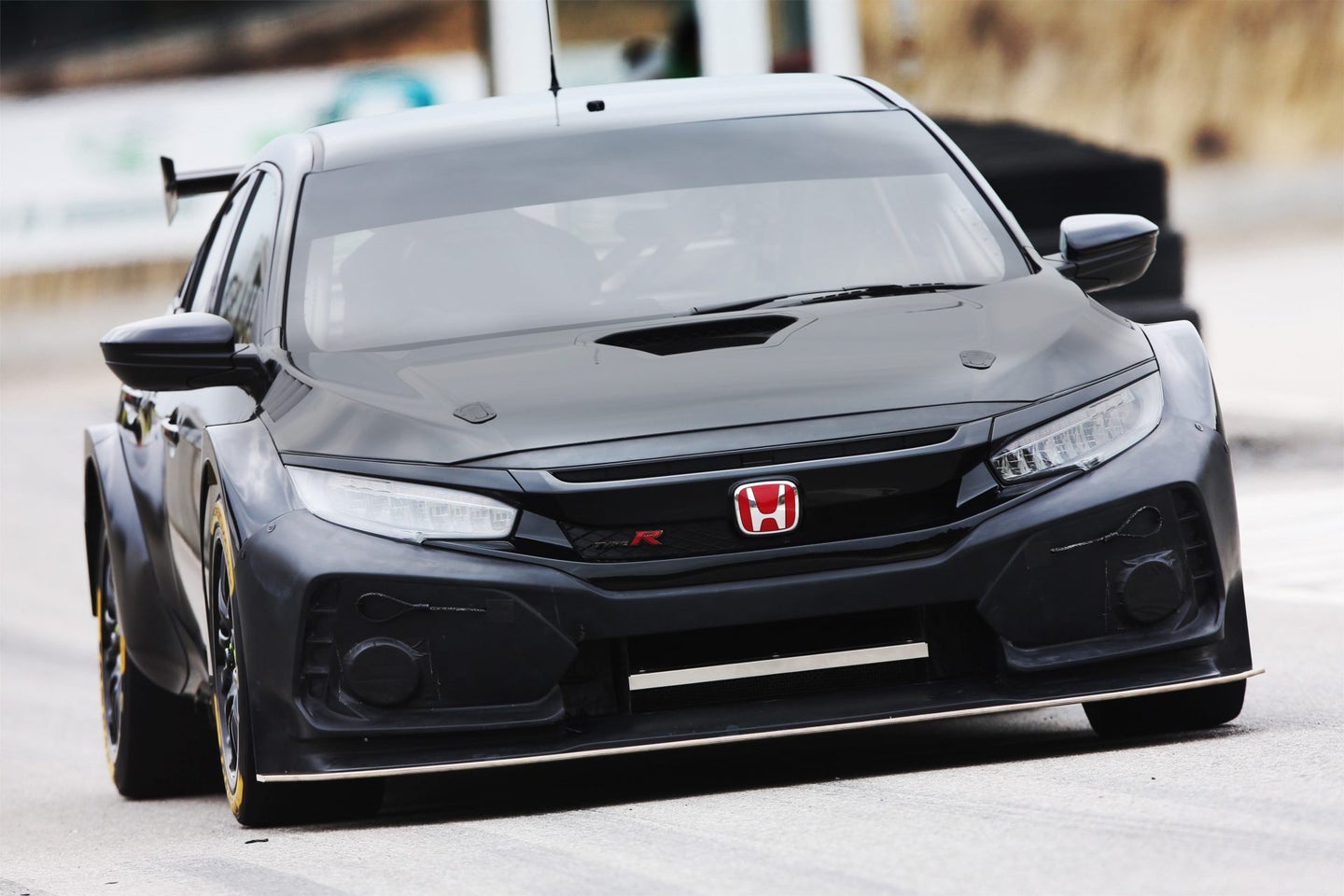 The looks of the Civic Type R were definitely divisive when it was first unveiled by Honda. As a road car, there are some aspects of its design that are a little "overdone." In race car trim, though, it looks just about perfect. The Halfords Civic looks to be a few inches wider than the production car, and has a body kit to match. The front fascia has also been replaced with a much more subtle rendition of the Type R's giant mouth of a bumper, and the look is completed by an over-sized spoiler out back.

According to James Rodgers, team manager, Halfords Yuasa Racing, “It's been a massive effort by the team over the off-season to transition to the new Honda Civic Type R and to see all of those hours labour bear fruit is just a fantastic feeling. The car provides an excellent platform to work with and we're sure it'll prove a potent package when it hits the track in anger at Brands Hatch. We've got a busy testing schedule in the lead up to that point, and we will be sure to hit the ground running when the season starts, in the best shape possible.”

The car is currently being prepped for the 2018 Dunlop MSA British Touring Car Championship season. Drivers Matt Neal and Dan Cammish will be testing it all week in Spain. Halfords Yuasha plans to unveil their brand new livery on March 22, and the Civic will get its first taste of real action at Brands Hatch April 7.