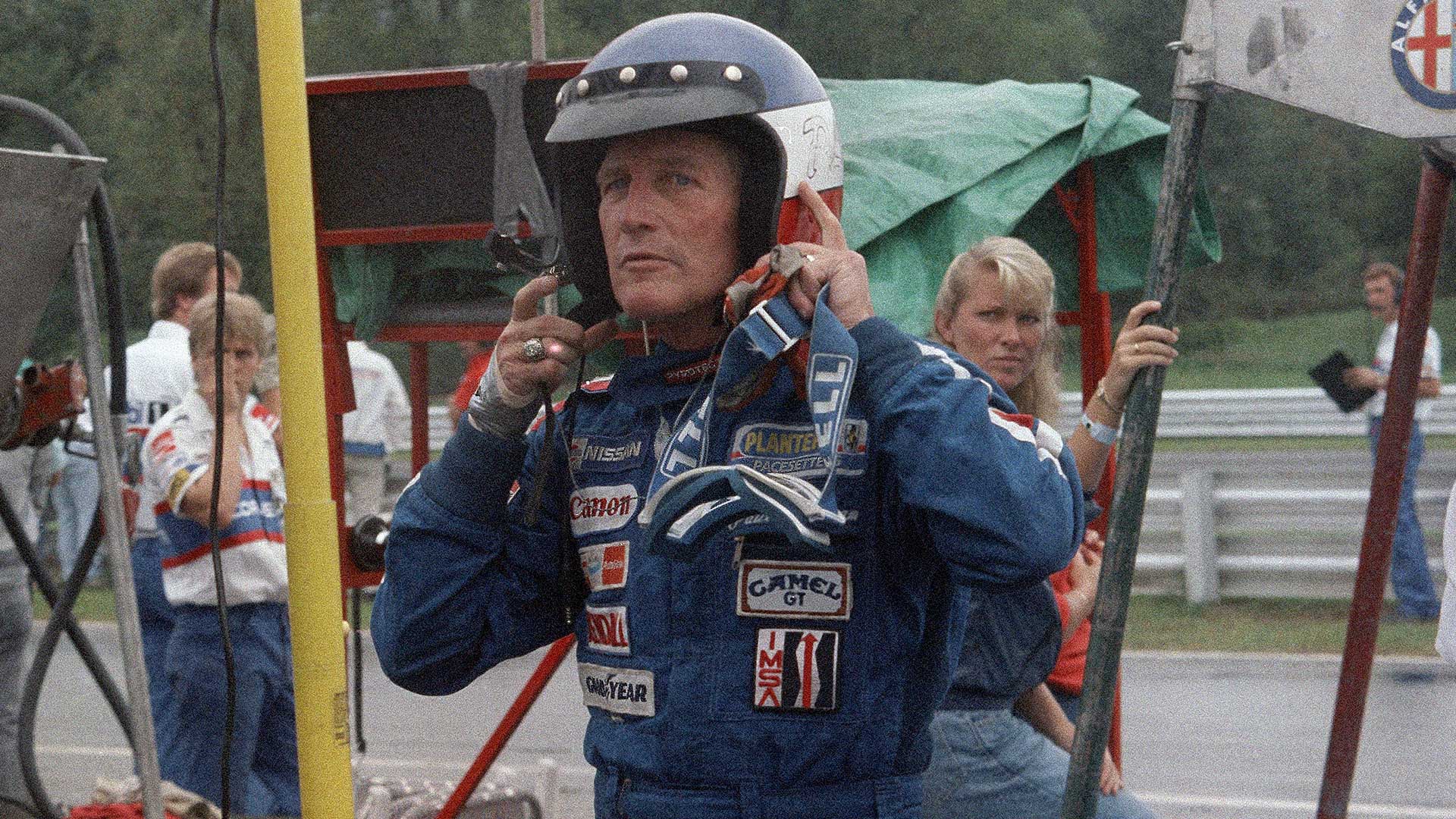 Over the course of his lifetime, Paul Newman was a lot of things. Encyclopedia salesman. Soldier. Fast Eddie, Cool Hand Luke. Activist. Sex symbol. But what made Newman so great, so utterly and undeniably wonderful, is that underneath that eclectic and charmed existence was a racing driver. A guy looking for an out, who found comfort behind the wheel of a dangerously fast automobile.

By the time he discovered racing, in 1968, Newman was forty-three years old. The man wanted no more of Hollywood’s fangs, no more pandering. He’d outlived Dean, worked his ass off to become more versatile than Brando, but everyone wanted to see him in the same roles. Fast Eddie, Cool Hand Luke. That was Newman’s big crisis, his internal conflict. But there’s no room for that inside a racecar. He went pro in 1977, and from then on, if Scorsese or Pollack wanted to make a movie with him, it happened between November and March, because April to October is racing season.

And that’s what he did for the next four decades. He drove a Porsche 935 to second place at Le Mans, ran the Baja 100, fielded cars in SCCA and IMSA and Can Am and, at the age of seventy, won the GT-1 championship at Daytona. On his birthday, that’s how The Drive remembers him, as the guy who could’ve been Fast Eddie or Cool Hand Luke forever, but thought cars were cooler. Paul Newman was a lot of things. Mostly, though, he was a racing driver.