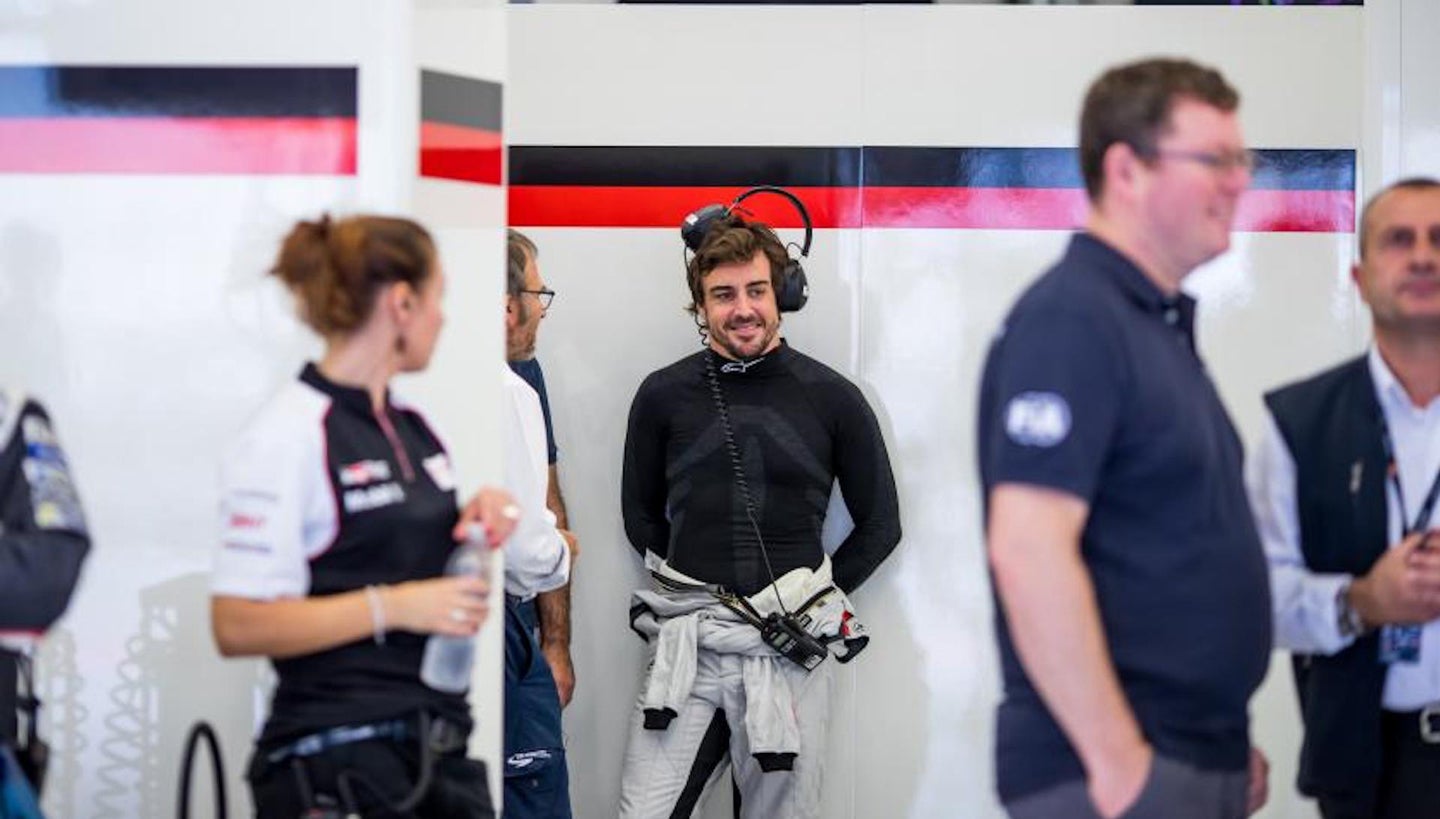 In an effort to allow two-time F1 champion Fernando Alonso to race at Fuji Speedway in 2018, the World Endurance Championship's management has effectively changed the date of the 6 Hours of Fuji to October 14 instead of the 21st.

When Alonso originally agreed to race the entire 2018 WEC season with Toyota, the calendar did not present any scheduling conflicts for the Spaniard. This eventually changed due to a clash between the October Fuji race and the IMSA WeatherTech SportsCar Championship Petit Le Mans race at Road Atlanta, where several WEC drivers and teams also participate. The WEC quickly resolved the conflict so those folks to partake in both competitions. Something that now has been reversed, again, according to the BBC.

The calendar conflict posed two possible outcomes for Alonso as well as several other teams and drivers. If the WEC didn't approve the date change, Alonso would miss out on the Fuji race because of his commitment with McLaren at the United States Grand Prix in Austin, Texas. However, if the date change was approved, many (possibly hundreds) of folks from WEC and IMSA would have to go back to the drawing board and revise their race entries, logistics budgets, and sponsorship commitments only because of one man—Fernando Alonso.

We previously asked ourselves if Alonso's mega-stardom would prevail over common sense and the viability of other teams, and now we have an answer. While bringing Alonso, who is deeply adored by the Japanese, to race in Fuji under a Japanese racing team surely is an excellent PR move for the series, it also seems like a selfish one.