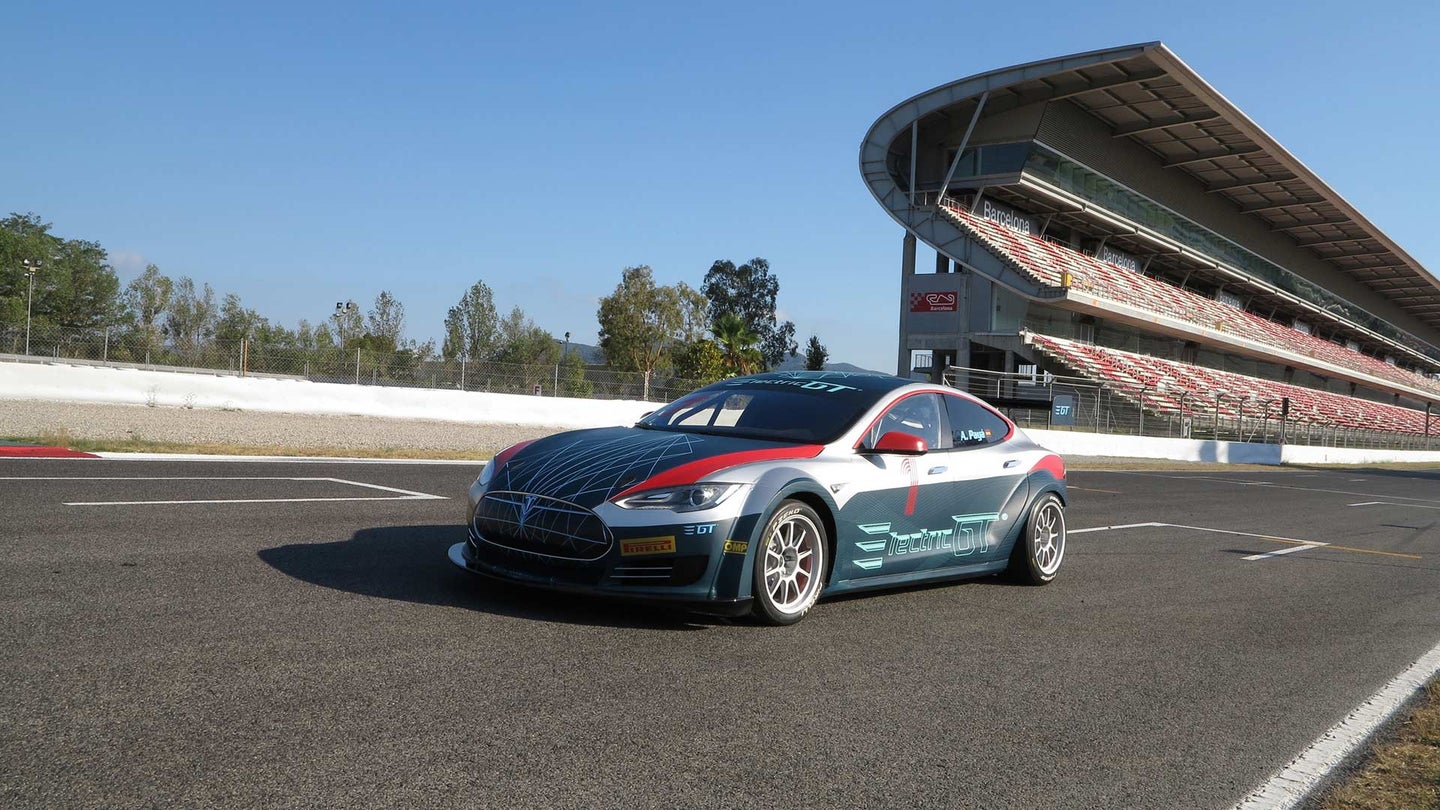 All Electric GT competitors will race identical race-prepped Tesla Model S sedans. Electric GT made the obvious choice and went with the high-performance P100D version, with 585 kilowatts (785 horsepower) in race trim. The race car is 1,100 pounds lighter than the production version, which will allow it to do zero to 62 mph in just 2.1 seconds, according to Electric GT.

Up to 20 drivers will participate in each event, which will consist of a three-heat qualifying session and two races—one during the day, and one at dusk. As with Formula E, cars may have different power levels in qualifying and race trim.

At certain circuits, drivers will also compete in a "Drift Off" following the races. The top two finishing drivers and two fan-voted drivers will "go head-to-head to complete a series of drifting challenges to secure three further championship points." It's unusual to ask drivers to compete in disciplines as different as circuit driving and drifting at the same event, so this should be interesting. We don't think the all-wheel-drive Model S P100D will make an ideal drift car, though.

Electric GT wants to hold its first race later this year, but won't discuss a firm date. The launch of the series has already been pushed back a bit, as organizers had originally planned to start holding races last year. Having won FIA approval and locked in the format for its races, maybe Electric GT will finally get this show on the road.