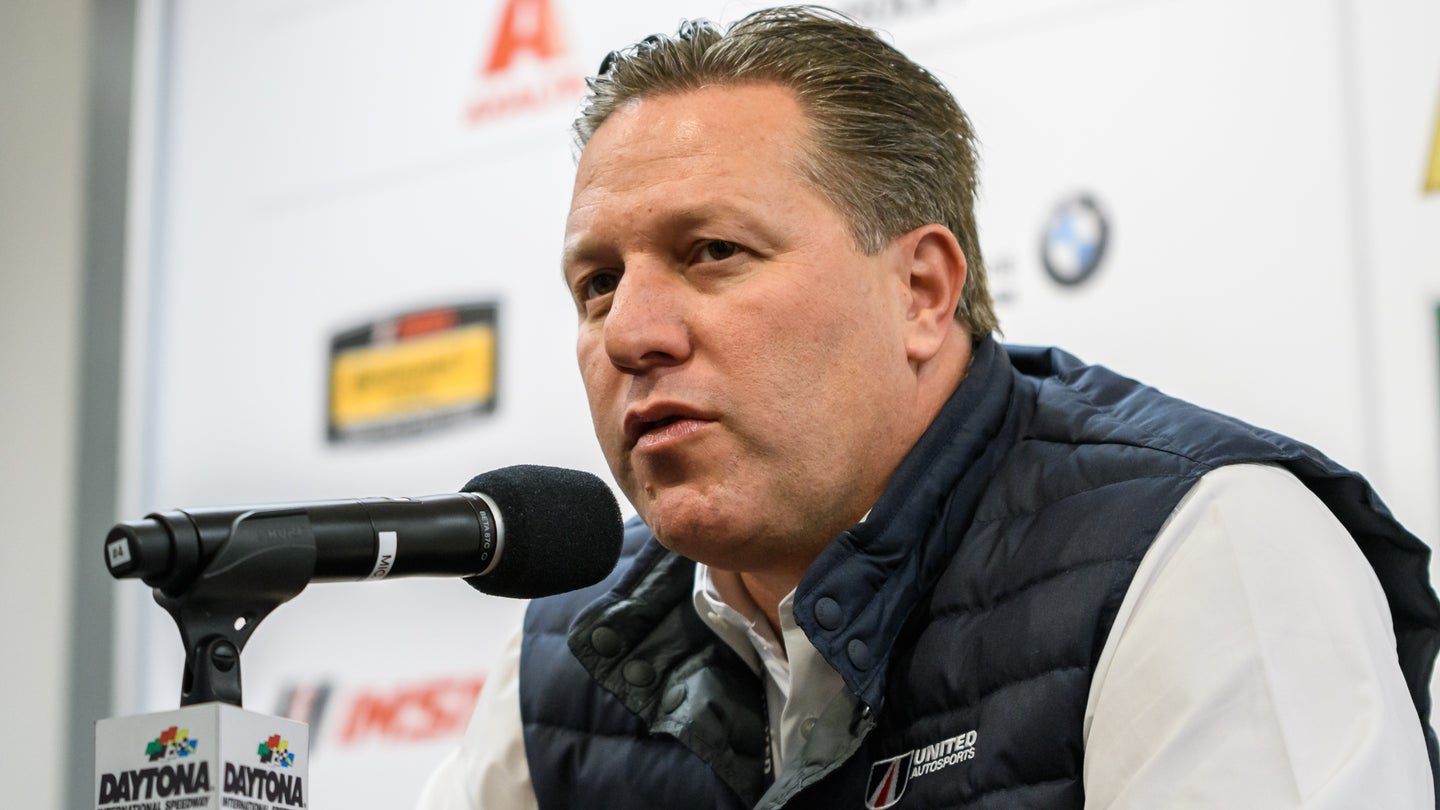 Zak Brown, executive director at McLaren F1 and chairman for United Autosports, indicates a level-head going into this year's Rolex 24 at Daytona. His team, which is staffed with the likes of Fernando Alonso, Lando Norris, Bruno Senna, and more, will be entering the race against established, purpose-built competitors at the IMSA level. Because of this, and the inherent technical nature of UA's Ligier LMP2 duo, Brown doesn't expect to fight for an overall win at the Floridian race.

Brown explained his standpoint that doesn't boil down to a lack of talent but rather a stacked field with specialized cars for the Daytona track. As he stated in a press conference on Thursday, the Ligier-underpinned prototype that United Autosports is running doesn't have the outright speed that's needed to win at a wide-open track like DIS. In addition to that, Brown explained that the field is especially competitive in 2018, calling it "the most exciting 24 ever." He then commented on the improved reliability of modern cars which further reinforces the idea of a challenging, competitive event.

In a field where "15 of 20 cars could win," the American exec plans on competing for the best possible result whether it be a podium or top-ten finish.

"I don't expect to leave with any watches," Brown told the media.

Regardless of that statement, Brown plans on still competing for years to come in sportscar racing. He admitted that his job at McLaren remains the top priority, but he still has a passion for this discipline of motorsport. In fact, Fernando Alonso said in an earlier press meeting, "I think Zak has a wider vision of motorsport of all the F1 bosses I've had.”

With 50 cars entered in the main event and 43 competitors in Friday’s Continental Tire Sportscar Championship, you’ll be needing it.