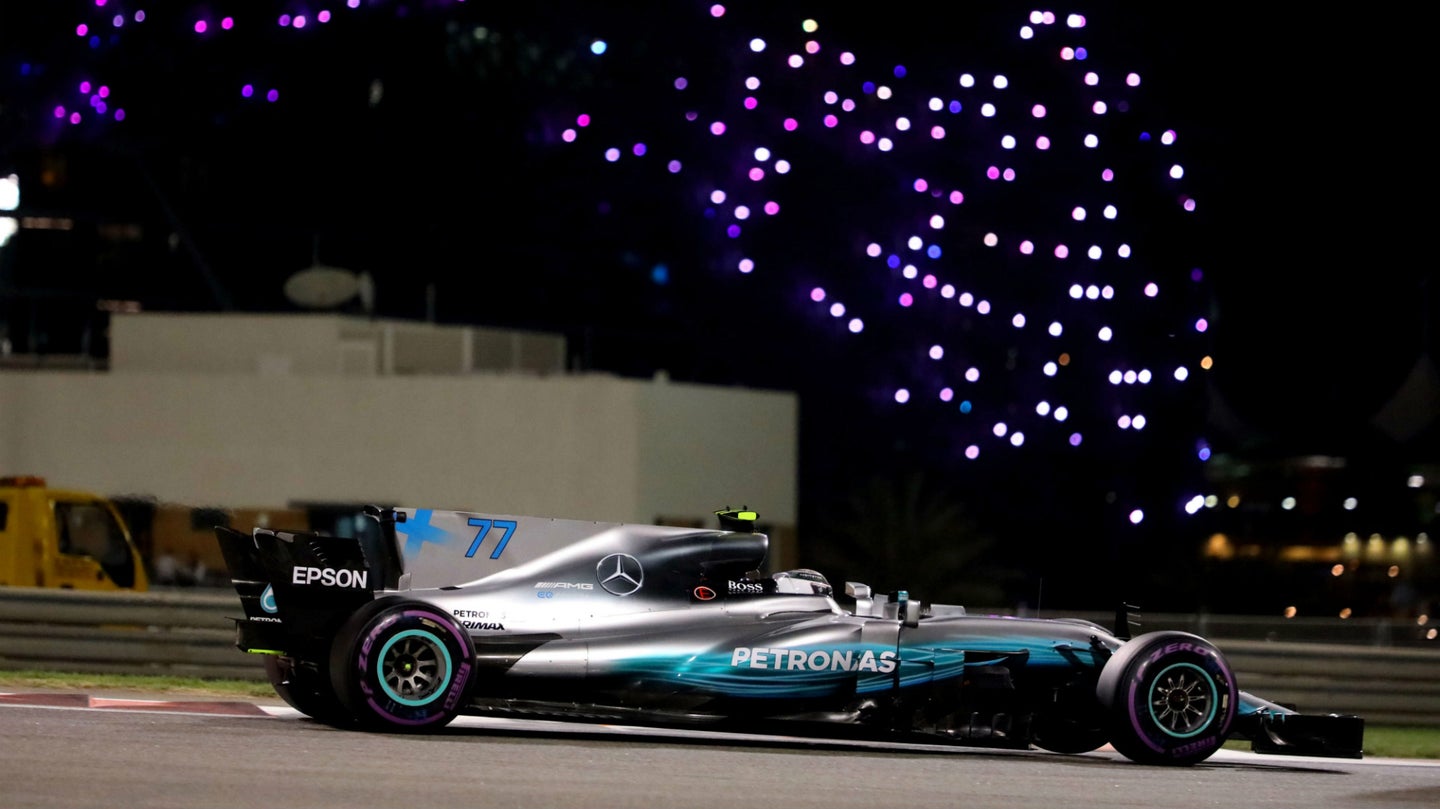 At Sunday's Abu Dhabi Grand Prix, Mercedes-AMG's Valtteri Bottas soared ahead of his teammate Lewis Hamilton from the race's start, holding his lead until the checkered flag—thus winning the final race of the season and chalking up his third Grand Prix win of his career, despite a late-race challenge by Hamilton that was staved off by Bottas's wake of dirty air. The podium was rounded out by Hamilton and Ferrari's Sebastian Vettel.

This Abu Dhabi Grand Prix marks a number of lasts in Formula 1. It was the final race for retiring Brazilian driver Felipe Massa, who finished P10, bringing to an end a career spanning 268 race starts, 1,167 points, 11 Grand Prix wins, and nearly the 2008 championship. It is expected to be the final race of Pascal Wehrlein, who has bounced between backmarker teams, but lacks a spot for 2018 at present. It will also be the last race without the controversial "halo" safety device, which will be made mandatory for the 2018 season onward. Multiple teams are struggling to implement the structure, such as Williams and Force India.

Hamilton sealed the championship in Mexico, with his teammate Valtteri Bottas and Ferrari rival Sebastian Vettel scrapping over second place in the standings. Mercedes ended up falling short of its goal to put its own two drivers atop the championship, as Vettel finished the season 12 points ahead of Bottas. Hamilton's trend of gifting pole position to his teammate in races entered after winning the championship early continues, with it now occurring i five races between the 2015 and 2017 seasons.

Vettel's performance over the season has been analyzed here prior to the United States Grand Prix, to determine if his championship hopes were slaughtered by his reliability troubles or if his own mistakes simply caught up with him. With the four remaining races complete, every piece of the puzzle is now in the box, so keep an eye out for the season-ending analysis here on The Drive.

The Finn takes his fourth pole position of the year and narrowly beats out world champion Lewis Hamilton for P1 on the starting grid.

The worst-kept secret in F1 this year has been acknowledged by the team at last.