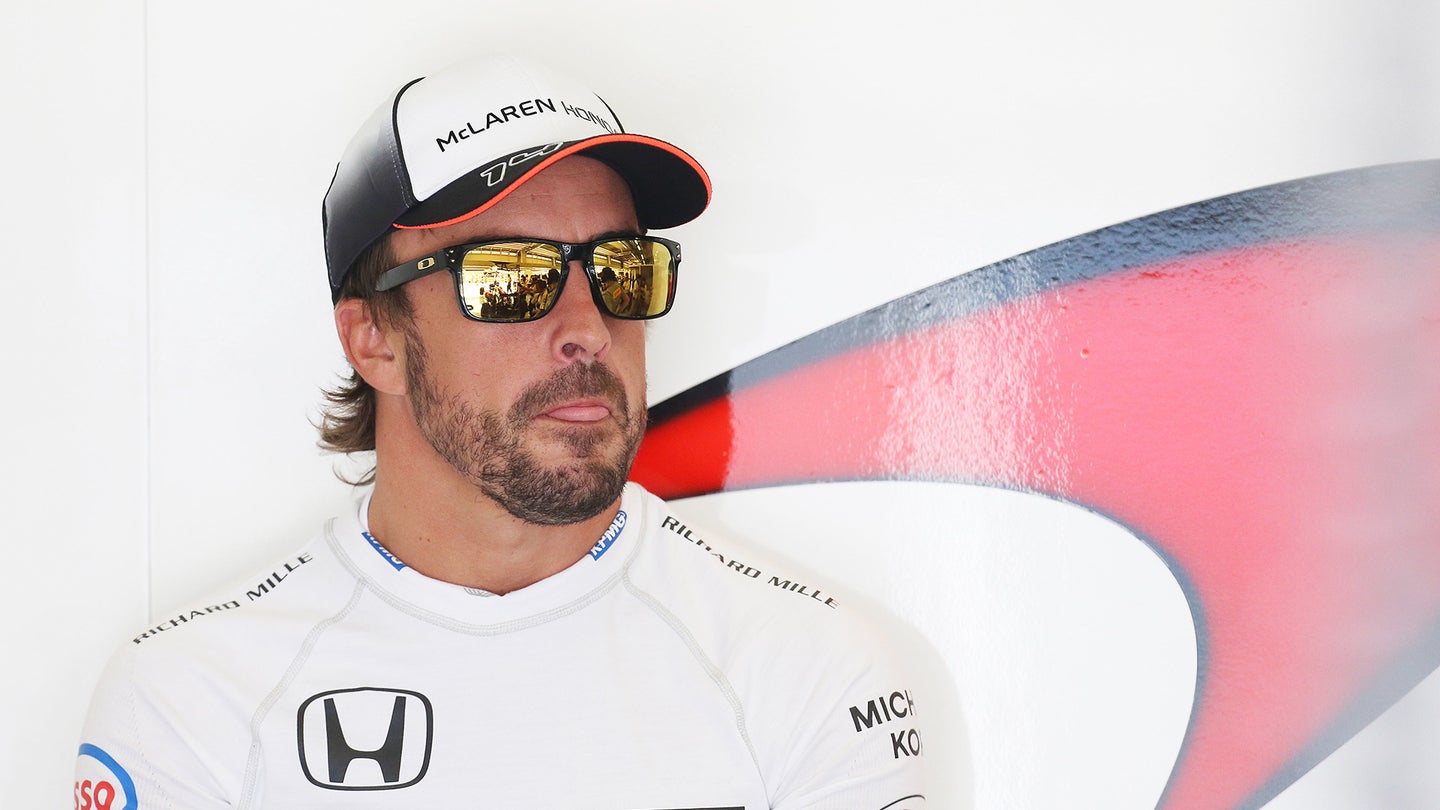 In early 1512, Spanish explorer Juan Ponce de León planted his foot down on a sandy beach on the northeastern shore of the Dong of America and dubbed the land before him La Florida. Next January—almost 506 years later—another famous Spaniard will attempt to carve his name further into history very close to where Ponce de León first set foot on the U.S. mainland: Fernando Alonso, who will head there to race in the 2018 installment of the 24 Hours of Daytona.

On Thursday, Alonso confirmed the rumors that he'd be joining the Floridian endurance race in January of next year. The McLaren Formula 1 driver also confirmed that he would indeed be racing with the United Autosports team, which is owned by McLaren executive director Zak "I'm Not the Country Singer, He Spells It With a C" Brown.  He'll be racing alongside Lando Norris, the 17-year-old McLaren development driver who happens to be history's youngest Formula 3 champion, and Phil Hanson, who raced the team's Ligier JS P217 prototype race car in the 24 Hours of Le Mans last year.

"Learning about a completely new racing category, adapting to a different car and to another style of driving and everything that goes with it, is a new challenge for me," Alonso said in a statement. "The Daytona 24 Hours is the most iconic U.S. endurance race and one of the world’s great races...my aim is to be a complete driver and this experience will help me in the preparation for any other endurance race I might take part in."

The Spaniard has spoken in the past of his desire to complete what he describes as motor racing's "Triple Crown." At last weekend's U.S. Grand Prix, he reiterated his desire to take home victories at the Monaco Grand Prix, the 24 Hours of Le Mans, and the Indy 500—dropping a hint about his Daytona plans in the process.

"If I want to prepare for Le Mans maybe there are other possibilities to prepare Le Mans a little bit better [than I did for] the Indy 500," he said.

Alonso's entry into the Daytona 24 will mark the second time in less than a year he's branched out into a major motorsports series other than F1. In 2017, he skipped the Monaco race and left his ailing McLaren-Honda F1 car behind to take the wheel of an Andretti Autosport car for the Indianapolis 500, where he led for 27 laps...before his engine, ironically enough, blew.

They’ve eclipsed over 2,800 miles during that span.