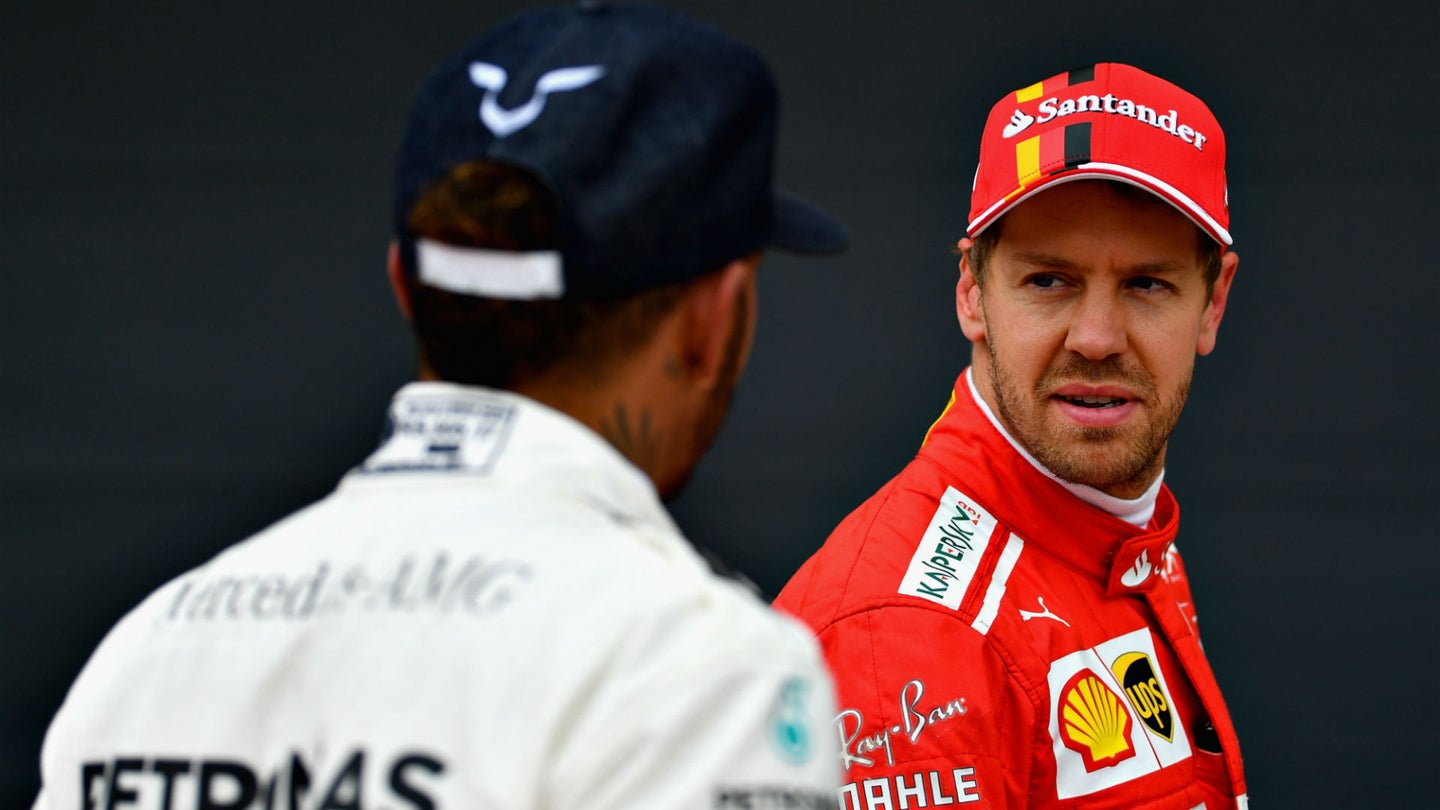 After having led the Formula One Drivers' Championship throughout 2017, Ferrari ace Sebastian Vettel lost his lead to rival Lewis Hamilton at the Italian Grand Prix. Now, a three-point gap separates the two drivers, making things interesting as the pair heads to Singapore this weekend. After coming in third at Monza, Vettel announced he was not happy with the result, but admitted he was "not too stressed" about what's to come. Now, with the next GP just days away, the four-time champion explained that he likes the ongoing battle with Hamilton, saying he wouldn't want it any other way.

After seeing Hamilton win back-to-back races at Spa and Monza—a first for any driver this year—Vettel didn't falter much on his confident viewpoint. With a much-improved car over last year, he had even mentioned in the past that it was "good news" other teams were trying to get the Maranello team penalized for performing so well. The German added after the last race that it was clear Mercedes had the pace going in their favor, but he hopes to overturn that in the next handful of contests.

In a report from ESPN, Vettel explained his feelings after losing the lead to Hamilton at the Italian Grand Prix, his team's home race. "They're all tracks that I like, to be honest, so I'm very much looking forward to them," he said.

"I think we are here to race, so if it's hard it's good," he continued. "Easy is boring. I think that's what we all want and I'm definitely looking forward to it."

Vettel mentioned that Ferrari's consistent development of the car is promising, with expected improvements to come soon.

"At the moment you can say that Mercedes has an edge. Saturdays they're very strong, which obviously has its contribution to Sundays, it's not a big secret but I think we are strong, we don't need to hide and there's plenty of positives. Things are coming, I'm sure they are developing their car. We are developing ours so I'm not so fussed about what they doing."

He and his teammate Kimi Raikkonen will have to fight hard for Ferrari this Saturday, as the Mercedes duo have proven extremely successful in qualifying. Hamilton's recent eclipse of Michael Schumacher's overall pole position record means he has the momentum in his favor, and he'll surely be looking to tack on to his lead at this weekend's Grand Prix.