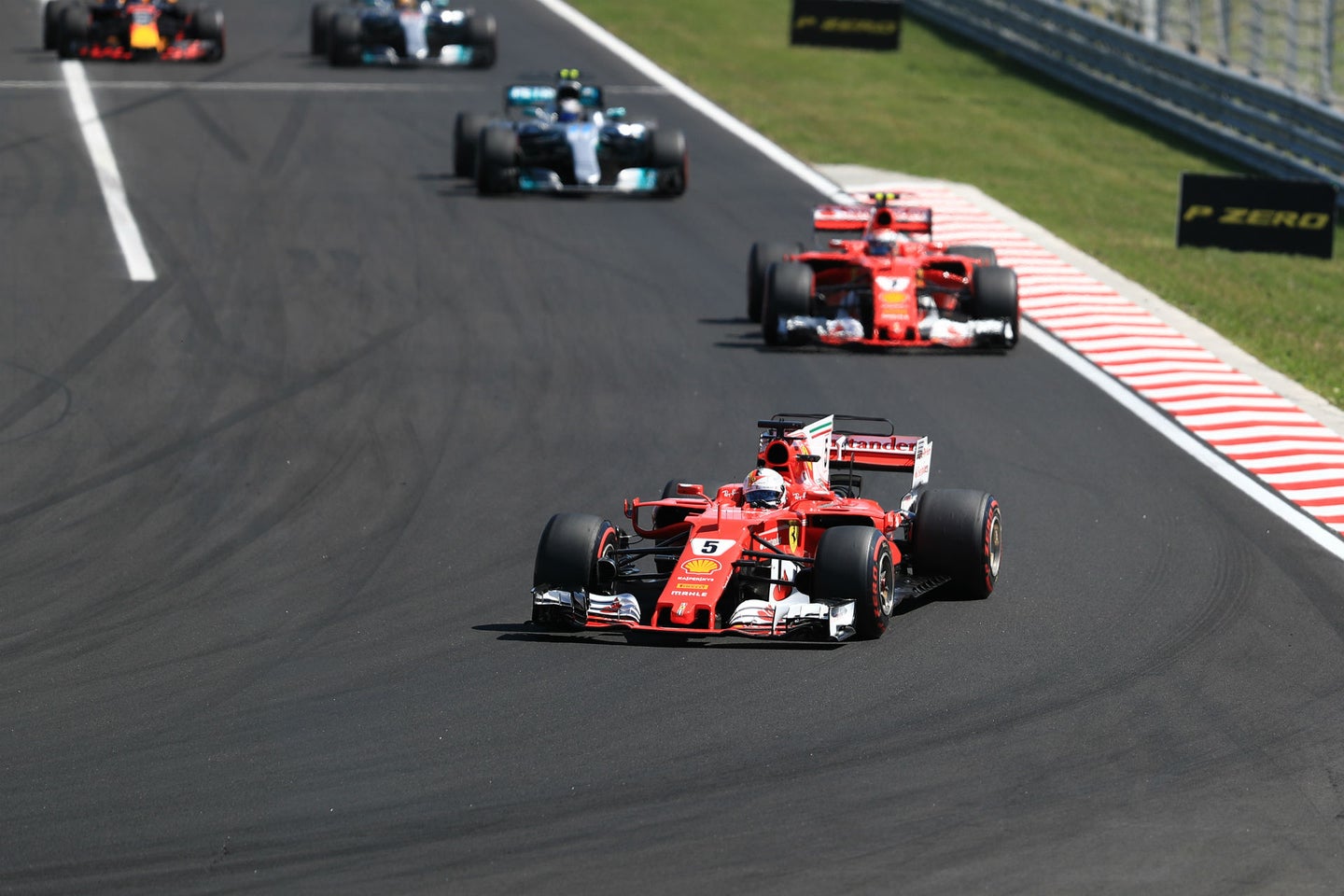 With the monumental spending gap that exists between teams like Ferrari and Sauber or Force India, it's understandable why the Maranello team has such a large lead in this 2017 F1 season. The boys in red reportedly spent nearly $430 million last year, putting other teams to shame who hardly spent a quarter of that. This has turned other potential newcomers away from entering Formula One, and in order to fix that problem, CEO Chase Carey says the series could move to standardized parts in the near future.

This decision would allow for closer competition between lower budget teams and those who sit atop the F1 grid with seemingly endless spending opportunities. Additionally, Carey brought up the option of setting a cost cap to span across the series, once again in efforts to encourage closer contests.

"There are many paths to get there, whether it’s cost caps, or other ways to address key components of the car," said Carey in a report from Motorsport.com.

While this could be seen as diluting Formula One, Carey points out that this initiative would be put in place to do the exact opposite.

This is a problem that concerned potential F1 additions like Aston Martin. Many other possible teams face the same problem as it takes a heaping spoonful of capital to be successful in the racing series. Carey mentions that this is his driving force behind settling the difference.

“One of the challenges we have today is there are a handful of teams that clearly spend at a level that’s much different from the others, and you can see the results on the track. So if we can bring the costs into an area where they are more comparable – not equal – to each other, it can enhance competition and would make the economics of the business much better."

“We’ve begun that process with the teams, so we’ve had some preliminary meetings."

Carey did not mention would parts they would standardize, though some components are more likely to fall under the umbrella than others. For instance, powerplant options will likely be excluded from the list as they draw in new teams and create a unique flair that's always been present in F1.

"It is certainly our goal to address those costs, and we think the sport will on many levels benefit from that.”