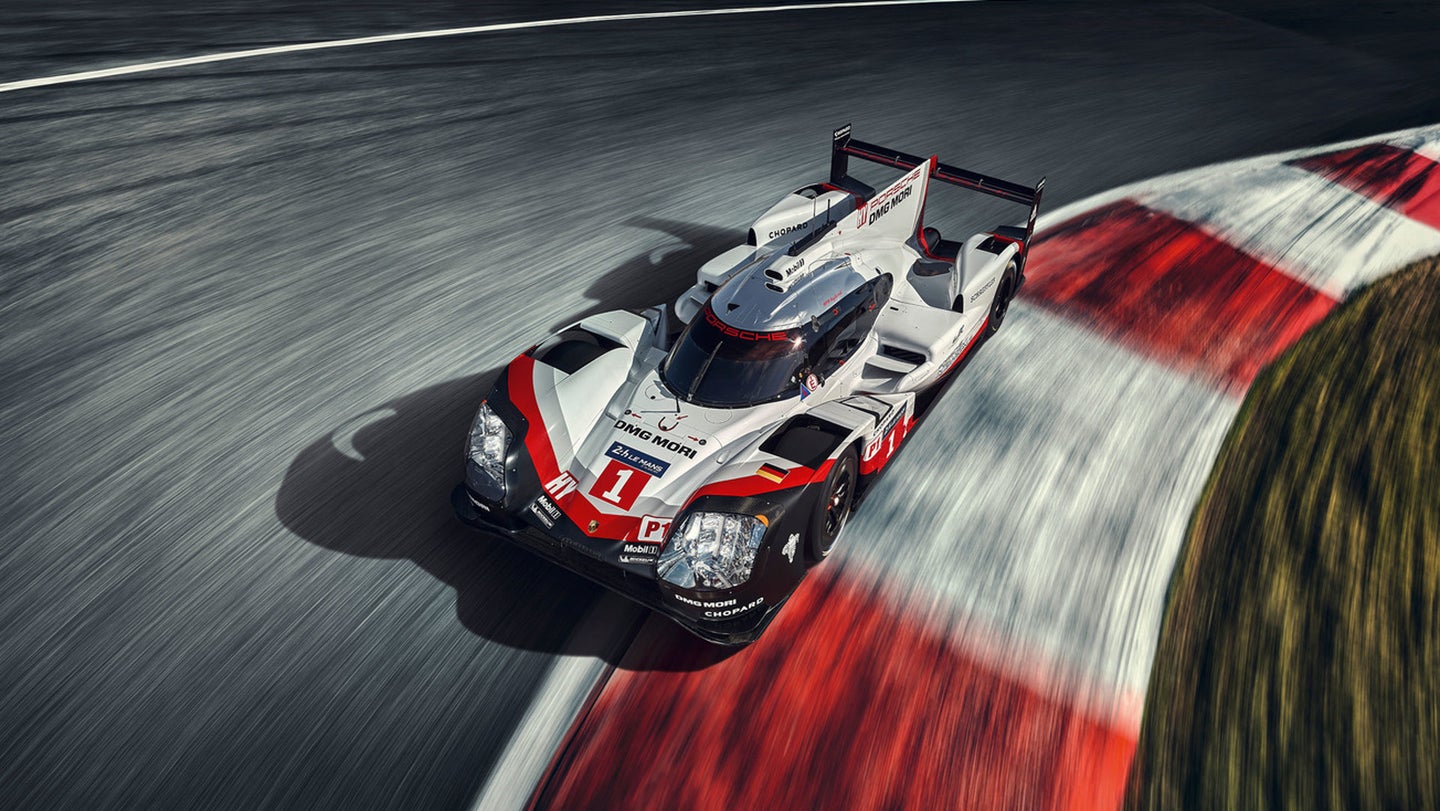 Porsche will be imminently announcing its withdrawal from the top-tier Le Mans Prototype class (LMP1) in the World Endurance Championship in favor of joining up with all-electric racing series Formula E as early as 2019, industry sources tell Sportscar365 and Road & Track. Stop us if you've heard this one before.

Earlier rumors pointed to the brand also entering the world of Formula 1 as an engine supplier, but today's reports focus solely on the LMP1 withdrawal and Formula E chatter. According to Sportscar365, Porsche had originally confirmed its LMP1 program would run through the end of 2018. But the company's board met yesterday and voted to withdraw a year early, leaving Toyota as the only manufacturer left in the class and calling into question its future as a series.

Despite dominating the 24 Hours of Le Mans for the past few years, Porsche has evidently decided that the estimated $200 million annual budget for their 919 LMP1 program would be better spent on developing technology for pure electric racing that can help power its planned expansion of road-going electric vehicles. Domestic (and familial) rival Audi came to a similar conclusion at the end of last year, making the same switch from LMP1 to Formula E.

Sportscar365 notes that two manufacturers are required to participate in the LMP1 class for it to retain its World Championship status, and while Toyota may have an easier time cruising to their first-ever Le Mans win against underfunded, privateer teams, it would likely be a hollow victory.

Road & Track points out that the top prototype class went through a similar near-death experience before, when Peugeot pulled out just before the start of the 2012 season. But the FIA and ACO (organizers of the 24 Hours of Le Mans) had Toyota's nascent program to fall back on, and in today's case, it doesn't appear there are any more manufacturers waiting in the wings.

"They are not going to make a statement to say that we are continuing the program," Lotterer said. "After Audi last year, [we] are fed up… What happens to sports car [racing]? Yesterday, Mercedes made official that they was leaving DTM. Tomorrow we fear the withdrawal of Porsche from WEC. What will we do?"