Vijay Mallya's Bail Extended at Hearing as He Proclaims His Innocence

The co-owner of Force India Formula One was also taunted at a cricket match over the weekend. 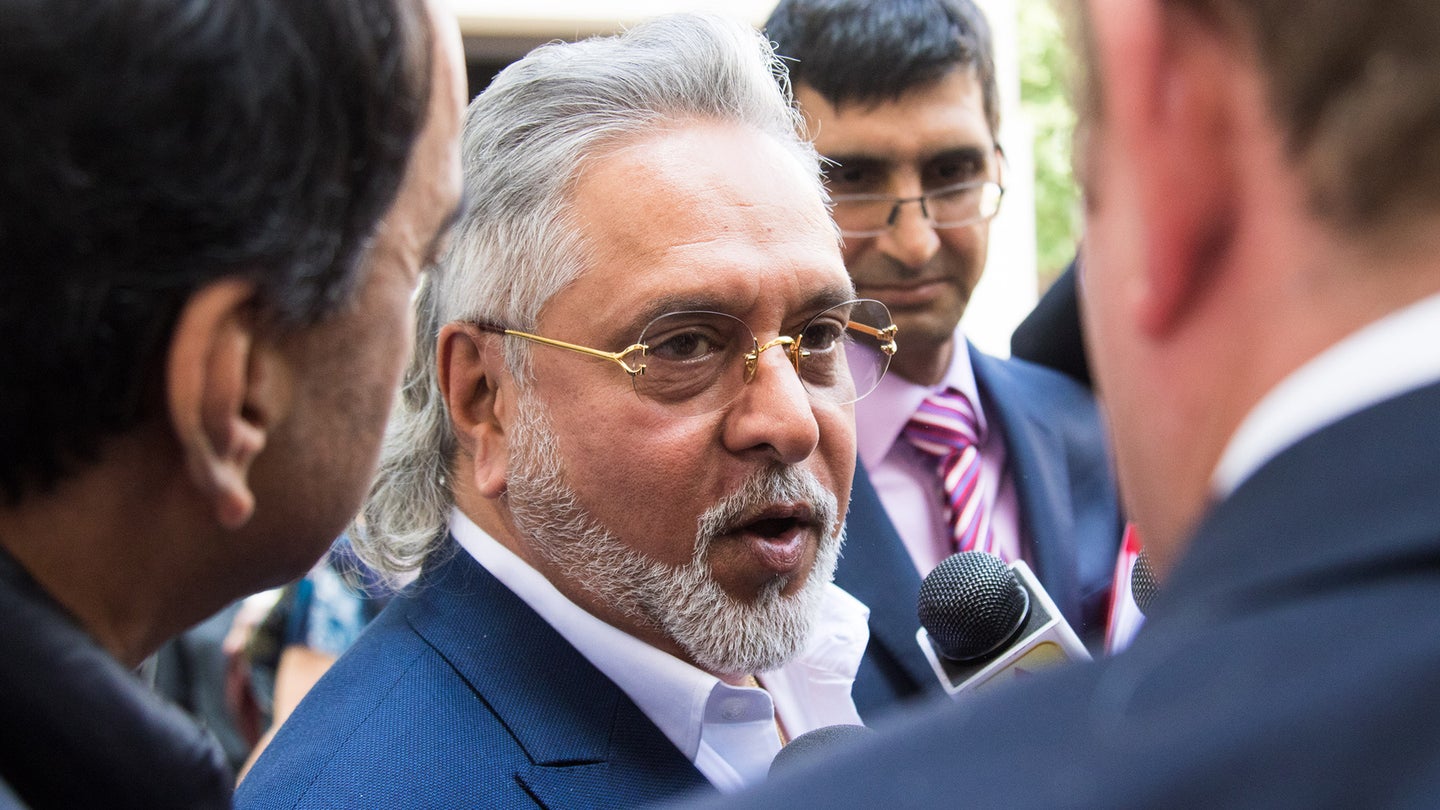 Vijay Mallya appeared in court today for a hearing that had been postponed last month, all part of India's request to extradite him from the United Kingdom. The co-owner of the Force India Formula One team has been accused of money laundering and fraud in the amount of about $1 billion relating to the failure of Kingfisher Airlines.

The purpose of today's case management hearing was to make sure things are moving forward, which they aren't. Emma Arbuthnot, the judge hearing the case, was apparently so fed up with Indian officials' delays in forwarding evidence to the court that she took a shot at the whole subcontinent, saying "Are Indians normally very prompt in their responses? They have taken six months so far and we haven't got any further forward in the past 6 weeks."

Another case management hearing is now scheduled for July 6, where the judge will check again to make sure all evidence has been received. A two-week hearing of the case has been scheduled for December 4, assuming all evidence is turned over by the July deadline. If there are still delays at that time, the December date will be pushed back until April 2018. Chief magistrate Arbuthnot extended Mallya's bail until the December hearing. Mallya has no passport and cannot leave the U.K..

After the hearing, Mallya proclaimed his innocence. He was quoted by The Times Of India as saying "I deny all allegations that have been made and I will continue to deny them. You can keep dreaming about a billion pounds; you cannot prove anything without facts."

Since last year, Mallya has been living at a large country estate outside of London since fleeing India days before he would have been arrested in his home country. On Sunday, Mallya attended a cricket match between India and South Africa and was taunted by fans as he entered the stadium. People chanted "Chor! Chor!" at him, which translates to "Thief! Thief!" as he walked through the crowd to get in.