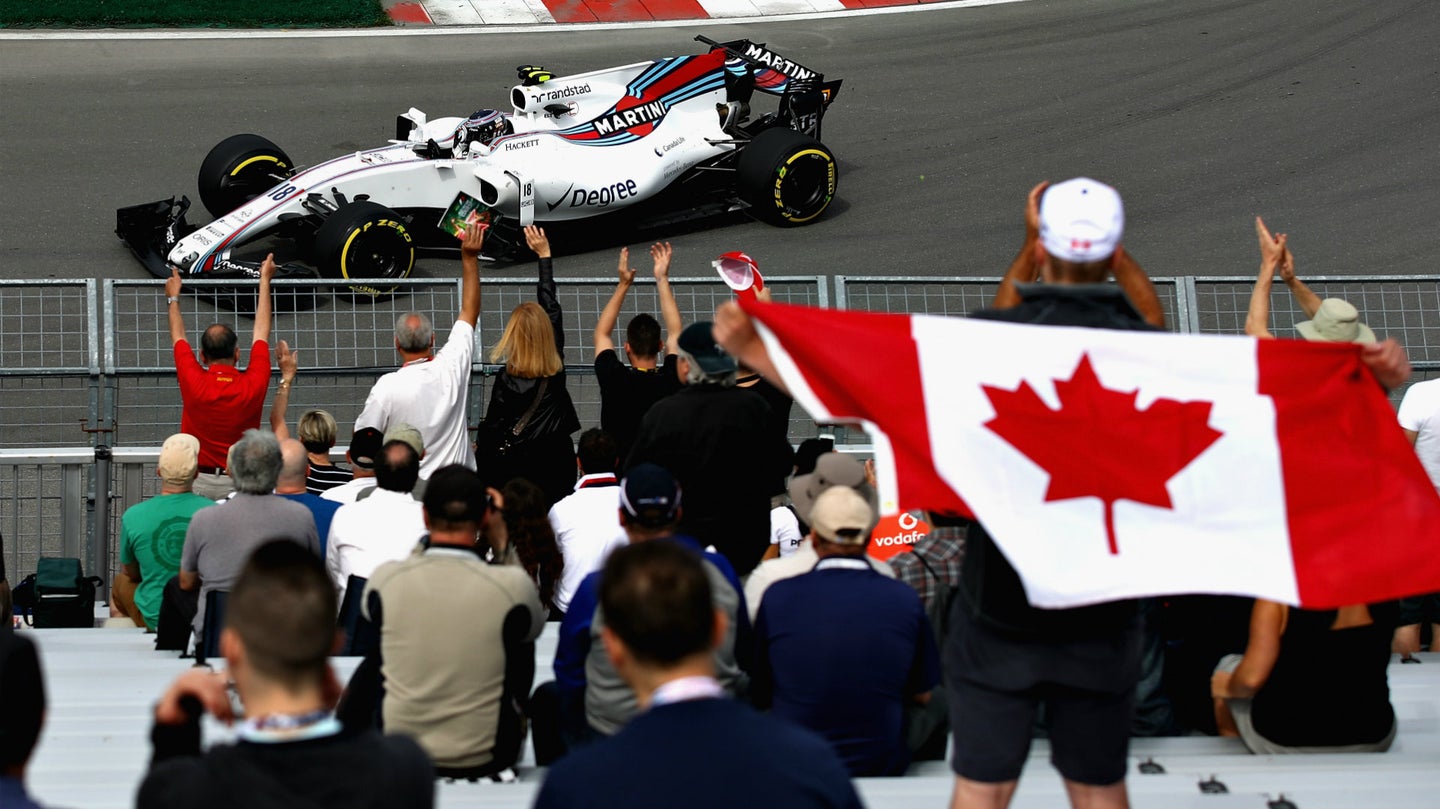 There's no place like home. On Sunday, Williams Martini Racing driver Lance Stroll of Quebec scored his first championship points in Formula 1, finishing ninth—earning two points for himself and Williams at the Canadian Grand Prix, the rookie driver's home race.

Stroll, due to brake problems in Australia and errors in China and Bahrain, failed to even finish a race until the Russian Grand Prix, where he finished 11th, behind veteran teammate Felipe Massa. The two drivers have scored a combined total of 22 points, placing the team sixth in this season's constructors' championship—behind Scuderia Toro Rosso and ahead of Renault Sport F1. Stroll was elated to have made his debut points finish at home.

It means the world to me being able to finish a race in the points and be able to see those Canadian flags up in the air at my race," he said, according to GPUpdate.

Williams's technical director Paddy Lowe was also swept up in the hype, stating that Stroll's first points finish felt "like a race win."

Stroll's poor qualifying performance, which booted him out after Q1 and saw him starting from the 17th position on the grid, was compensated for by the retirement of five competitors ahead of him, one of which was his teammate. It is arguable that he only achieved this result due to the problems of drivers ahead of him, a sentiment argued by fellow Canadian and singer-songwriter Jacques Villeneuve. The ex-driver called Stroll "one of the worst" rookies in the sport's history—a dubious claim at best, given that would put him among drivers like Max Chilton and Rio Haryanto.

Critics of Lance Stroll's poor early season performance ought to consider his junior career before making any calls about the quality of driver he is. While he has been off the pace of Massa, Stroll's Formula 3 career reflects a driver that may yet improve and become worthy of the F1 seat his wealth has bought him. He first season started poorly, but he improved enough to take multiple podiums and a race win by the end of the year; in his second season, he bookended the season race wins, with many more wins and podium finishes in between.

Stroll might not yet have any great performances under his belt, but the world of F1 needs to give him some time. He just may prove himself worthy of the sport.