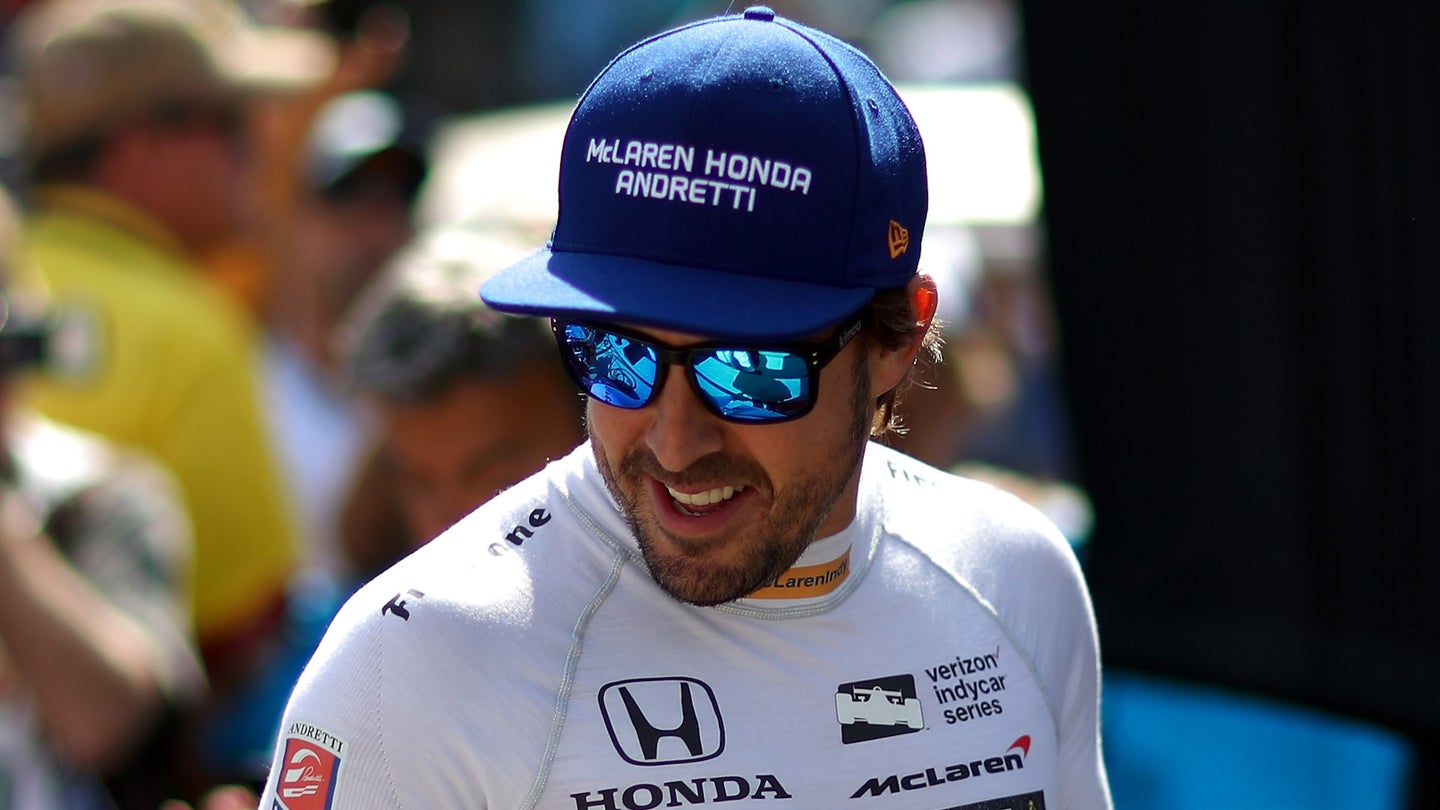 McLaren Formula One driver Fernando Alonso said that he was happy to compete in Sunday's Indy 500 at the Indianapolis Motor Speedway over the Monaco Grand Prix even though the Spanish driver's race car engine failed to make it through the whole race, Alonso explained to reporters after the race.

The 35-year-old driver's McLaren-Honda IndyCar came to a stop during the 179th lap of the Indy 500 while he was holding eighth position in the race. For the majority of the first 150 laps, Alonso managed to float around in the top six positions and even lead the race on and off, but after two instances that caused a yellow flag, Alonso fell back. Then his engine blew.

Alonso chose to compete in the Indy 500 over F1's Monaco Grand Prix Sunday following a series of issues with his F1 race car. According to the Spanish racer, that was not a regrettable choice.

To drive around Monaco for a seventh place, a sixth place, even a fifth place—to be here, it’s not possible to compare... I didn’t miss Monaco." Alonso said to reporters during a press conference after the race.

And it's possible that Indy hasn't seen the last of him.

"If I come back here at least I know how it is. It won't be the first time I do restarts, pit stops... It will be easier," Alonso said. "Winning the Indy 500 is not completed."