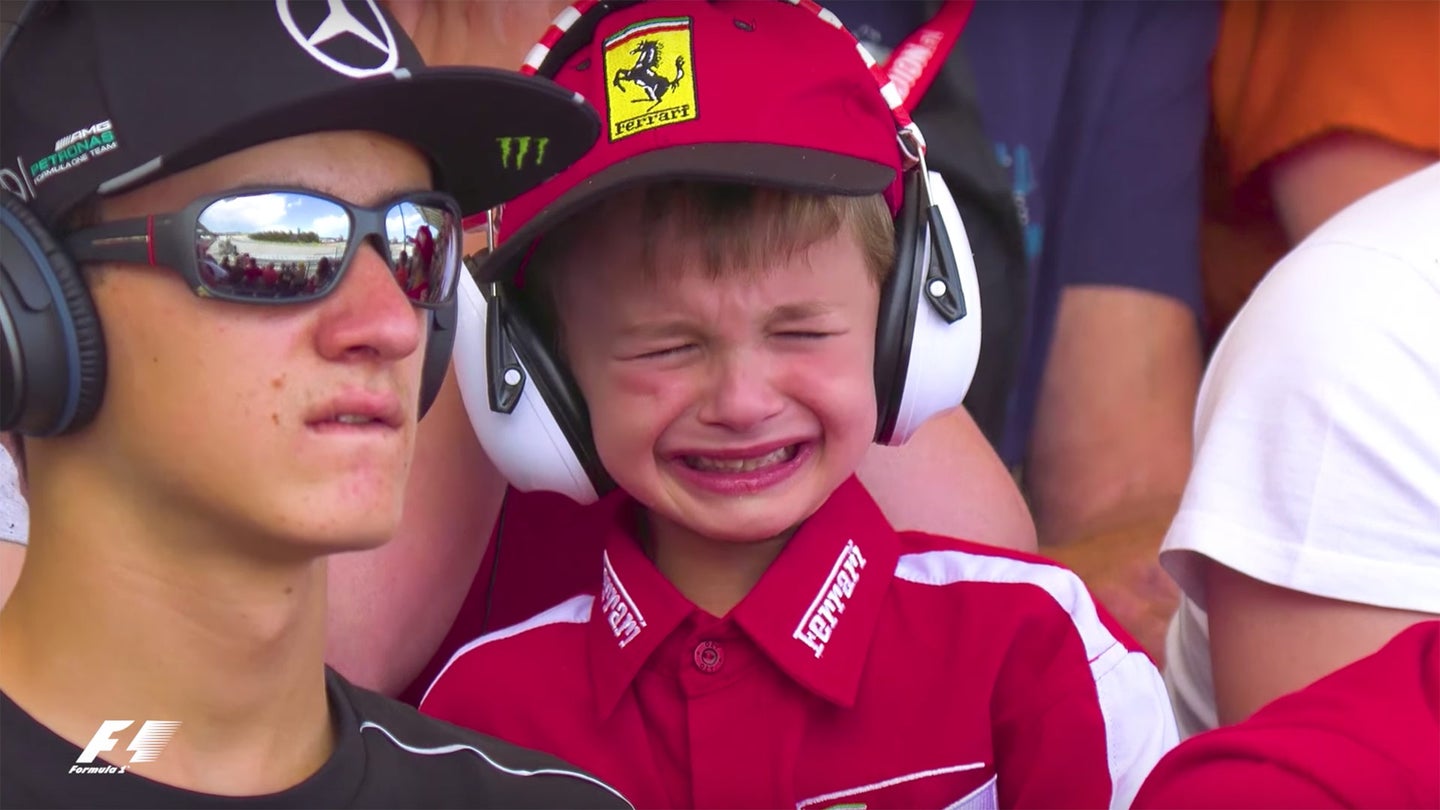 Kimi Raikkonen may have gotten knocked out of this Sunday's Formula 1 race at the 2017 Spanish Grand Prix this past weekend, but he was far from a sore loser. The Ferrari team and Kimi invited a young fan by the name of Thomas Danel to the Ferrari lounge after noticing the fan had begun to cry once Raikkonen left the race after an early wreck.

The boy's emotions did a complete 180 as he jubilantly made his way to down the paddock to Raikkonen's area. Kimi ended up signing and giving the mega-fan his personal hat, as well as what we assume was a conversation he'll remember for a lifetime. At the end of the race, Thomas joined Ferrari staff at the podium to watch Sebastian Vettel get a podium finish. All in all, it looked to be an amazing experience for the young fan.

What Thomas Danel probably didn't know was that his passion for the sport could have brought back some much-needed life to Formula 1. Thomas's appearance in the paddock could serve as a reminder to fans and race teams alike that the wonderful sport of Formula 1 is so much more than just technology, sponsorships, and money. Hell, maybe Lewis Hamilton could learn a few things from this little dude.