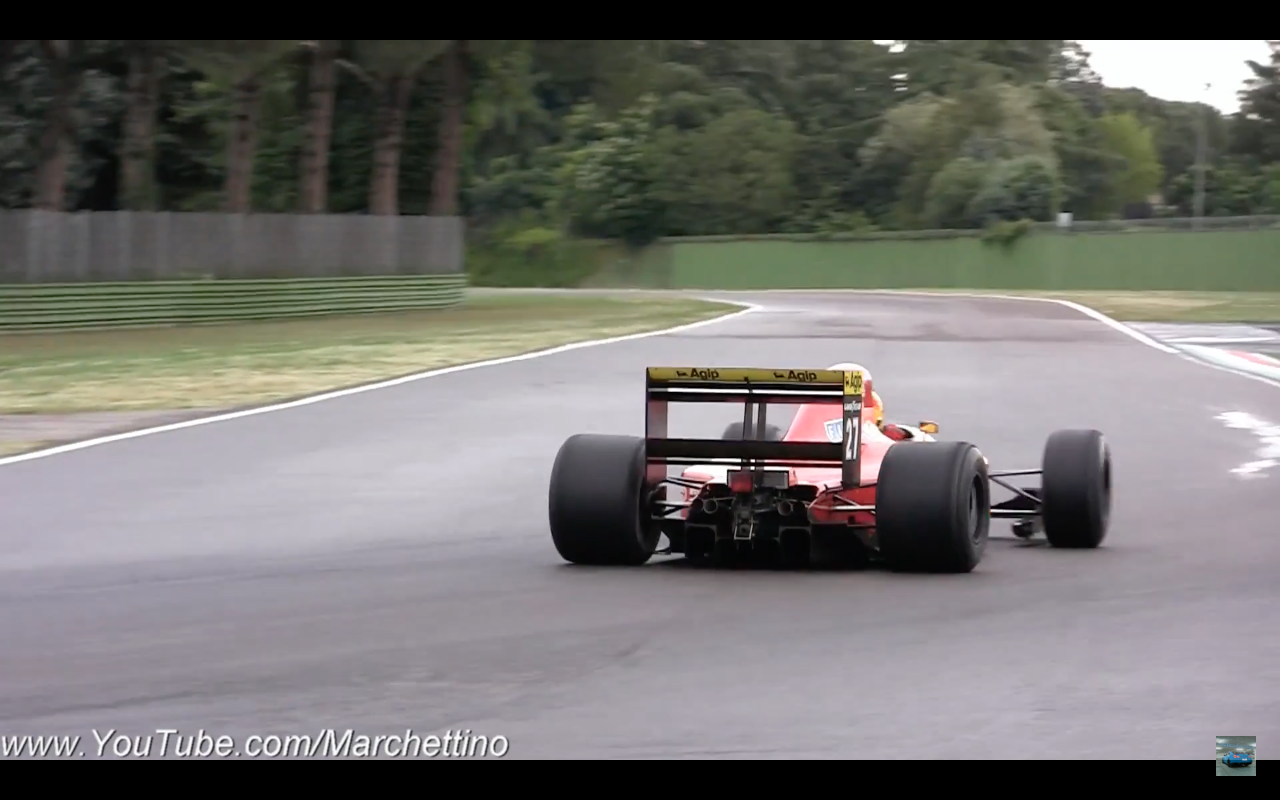 Though Formula One's naturally aspirated days are gone, and maybe gone for good, some of the cars of the era remain on this earth with us. With exhaust notes unmuffled by turbochargers, their eardrum-bursting shrieks are now little more than echoes of a time past, before the advent of nearly lag-free modern turbochargers. Natural aspiration, in spite of its obsolescence, has a well-earned place in our hearts. Because of our affliction for the sound of all naturally aspirated engines great and small, we are easily distracted by cars like this, the Ferrari 643, one of the single greatest sounding cars of all time.

In this video, courtesy of YouTube channel Marchettino, we see the 1991 Scuderia Ferrari 643 being driven around Autodromo Enzo e Dino Ferrari, or as most of us know it, Imola. The Ferrari 643 was driven by Jean Alesi, Alain Prost, and later, after Prost was fired by Ferrari for saying, "a truck would be easier to drive than this car," Gianni Morbidelli. It was powered by the Tipo 037 V12 engine, with 3,499cc of displacement, and its cylinders banked at 65 degrees. It had a 13:1 compression ratio and made 710 horsepower at 13,800 RPM.

The car was filmed at Historic Minardi Day 2017, an event sponsored by Giancarlo Minardi, who ran a Formula One team in his namesake between 1985 and 2005 with little success, before selling the team to Red Bull, who rechristened it Scuderia Toro Rosso. The event itself was a showcase of F3, F2, F1, and Grand Touring cars. It also hosted historic Formula One engineers and drivers, and at the inaugural 2016 event, a total of 27 past drivers showed their faces. All these VIPs were accessible in the open paddock, an increasingly rare feature at modern motorsport events.

For those of us unable to attend, we can still listen to the unholy noises made by the Ferrari 643. If only kitchen appliances sounded as good.